A love letter to the Toronto Islands

The Toronto Islands are quite possibly the city's greatest natural feature, and a place that no matter how often we claim to understand is special, probably ends being under-appreciated. Few of us visit as often as we'd like to, though every time that we do, the experience is memorable.

Separated by only a few hundred feet on either end, the Islands remain a world completely apart from the bustling urban metropolis that is the mainland, from the 1970s time capsule that is the Centreville Amusement Park to the sandy beaches that face away from downtown. If you don't gaze at the majestic view of the skyline, you'd think you'd left the city altogether. 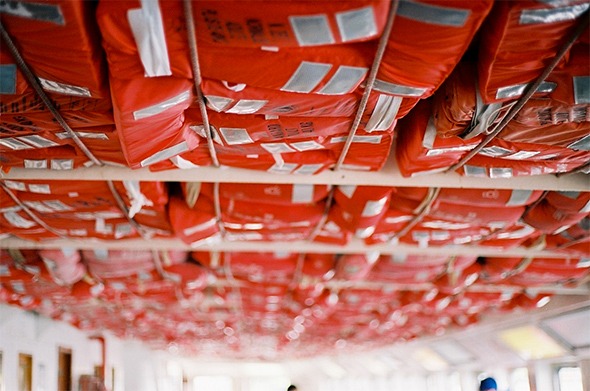 Part of what makes the experience of the Islands so lasting is its ritualistic nature. Queuing up for the ferry on a busy weekend isn't much fun, but the brief trip across the inner harbour is a huge component of a trip here. If we ever built an easy-access bridge (rather than the limited-use airport tunnel), I suspect a considerable amount of the allure of the Islands would fade. 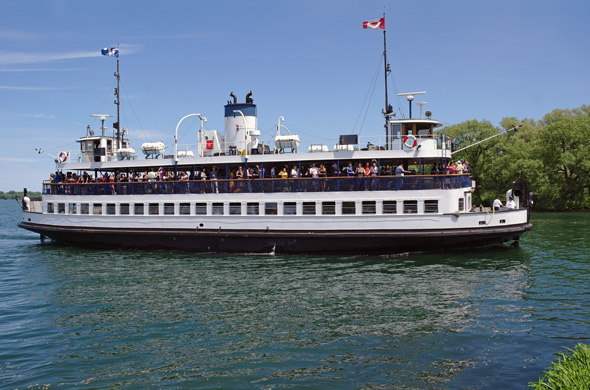 Ferries have been coming to the Islands since 1833, though the presence of the Gibraltor Point Lighthouse (built 1808) is a reminder of their longstanding importance. Over the years, the wealthy colonized the place with cottages and a Coney Island-like atmosphere formed around Hanlan's Point, complete with an amusement park and the notorious diving horse.

It's hard to fathom nowadays, but at the height of development on the Islands, there were over 600 cottages in addition to a baseball stadium, hotels, a movie theatre, and various eateries. By the mid 1950s, the city began the process of reclaiming the Islands as parkland, which reached peak drama in 1980 when eviction notices were sent to all the remaining Islanders. 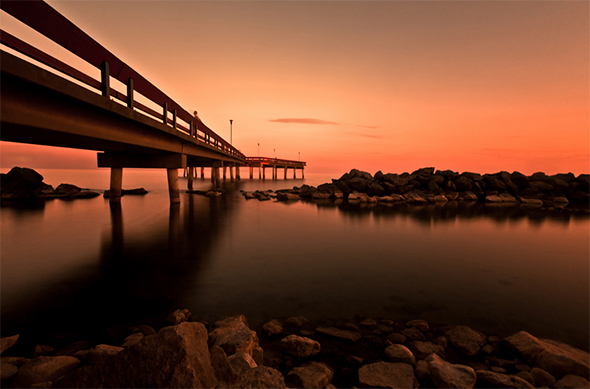 They managed to stave off the removal orders and finally won the right to remain on the Islands in 1993 (via a 99 year lease). The Island homes that remain serve as a reminder of what the place used to be like, and tend to promote healthy curiosity from those making a visit for the weekend. The consensus is that it's nice that not every home was demolished.

Few, however, would argue that the city was wrong in trying to return the Islands to a more natural state. This is what we cherish here. The secluded bench with a skyline view, the lagoons, the ability to escape the city without leaving its bounds. This is a place of quiet contemplation, a sentiment that no one has captured better than the poet Raymond Souster. 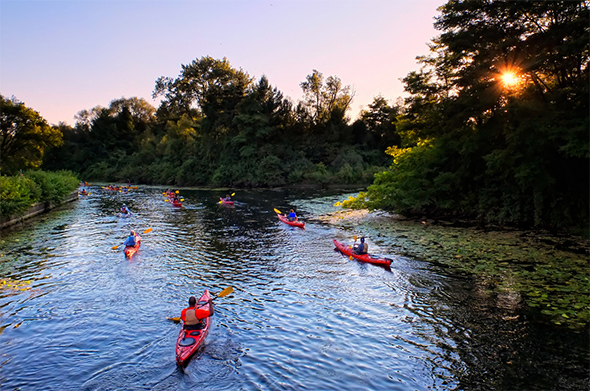 If ever you want to understand the beauty of the Toronto Islands and the wonder it inspires, turn to his 1952 poem "Lagoons, Hanlan's Point."

Mornings
before the sun's liquid
spilled gradually, flooding
the island's cool cellar,
there was the boat
and the still lagoons,
with the sound of my oars
the only intrusion
over cries of birds
in the marshy shallows,
or the loud thrashing
of the startled crane
rushing the air.

And in one strange
dark, tree-hung entrance,
I followed the sound
of my heart all the way
to the reed-blocked ending,
with the pads of the lily
thick as green-shining film
covering the water.

And in another
where the sun came
to probe the depths
through a shaft of branches,
I saw the skeletons
of brown ships rotting
far below in their burial-ground,
and wondered what strange fish
with what strange colours
swam through these palaces
under the water.

A small boy
with a flat-bottomed punt
and an old pair of oars
moving with wonder
through the antechamber
of a walking world.