Toronto has its fair share of quirky houses and urban design oddities, but few are as compelling (and cute) as the city's most diminutive homes. Our tiniest abode has received plenty of international attention, but there's actually a host of sub-500 square foot detached houses to marvel at across the city.

Here are 5 unusually small houses to gawk at in Toronto.

128 Day Avenue
At just over 300 square feet, 128 Day Avenue easily bears the title of Toronto smallest actual home (i.e. people really live here full time), and is one of the tiniest detached urban houses in the world. Built by contract Arthur Weeden in a space once meant to be a laneway entrance, he lived in the house for 20 years in the first half of the 20th century. 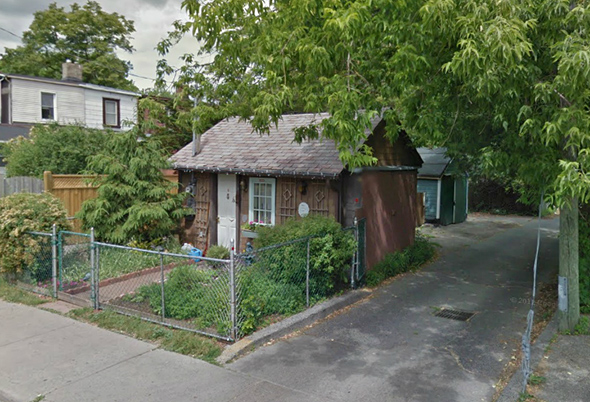 30 Hanson Street
More of a shack than a true home, 30 Hanson Street is notorious for the fact that it sold for $165,000 back in 2013. That's pretty expensive for a building that's only 210 square feet. But, hey, you couldn't ask for a cooler clubhouse than this one. Better friendly to your neighbours, though. There's no bathroom. 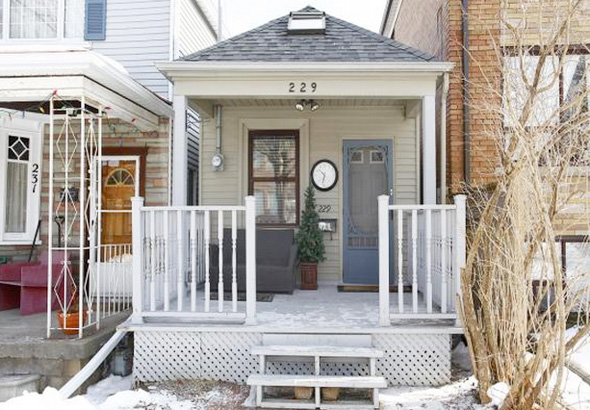 229 Winnett Avenue
At 12.5 feet wide, this diminutive home on Winnett Avenue is slightly larger than the city's tiniest, but no less quaint. Listed for $329,000 in spring 2014, it's novelty surely influenced the price. That said, it is a nice enough space with a high ceiling in the main living area that combats the sense of claustrophobia that might otherwise seem inevitable in such a small home. 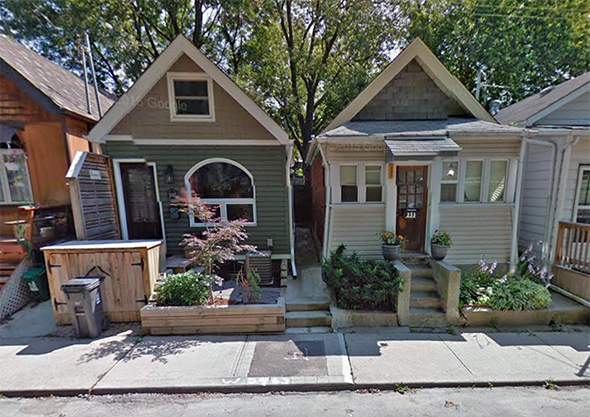 231 Craven Road.
Appropriately nicknamed Tiny Town, Craven Road is home to the city's largest collection of homes under 500 square feet. I've highlighted #231 here, but there are actually a handful of old cottages that barely make it past the 400 square foot mark. And you thought your condo was tiny. 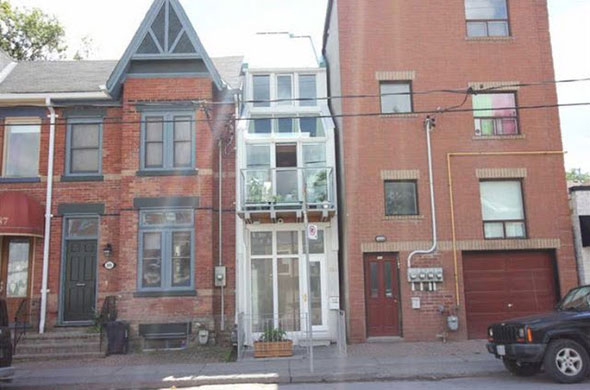 383 Shuter Street
Square footage wise, you can find significantly smaller homes in Toronto than 383 Shuter St. That is not, however, the case when it comes to width. At only eight feet wide, there are few living spaces as narrow as this one. Fortunately, it's designed so well that it doesn't feel nearly as cramped as you might think on the inside.

What houses did I miss? Add more to the comments.