A love letter to Toronto's alleyways and lanes

The Toronto laneway is the vein to the artery that is the city's streets. There are over 250 kilometres of laneways and alleys spread across the city, though you wouldn't know it without looking at a map. You could pass by the entrance to a laneway for months without taking notice of it, relegated as they are to background status. 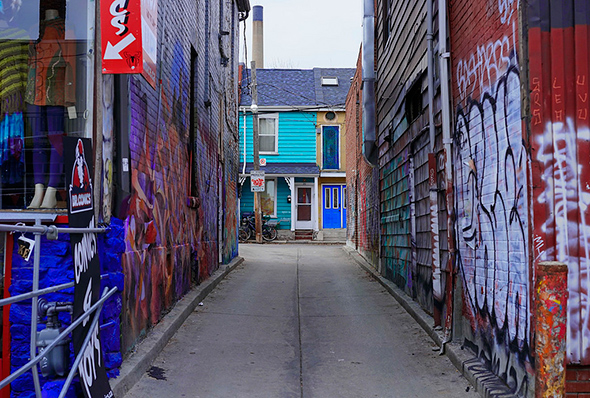 Yet, it's precisely the degree to which our laneways are overlooked spaces that makes them so intriguing. This is messy urbanism at its finest. I'm not just talking about graffiti, but the strange process that takes place when people share urban space that's outside of everyday view. 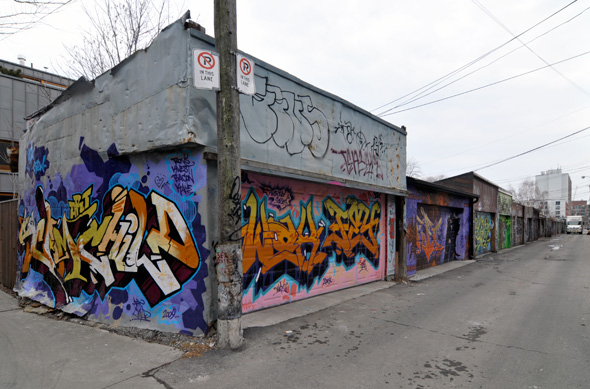 If the front yard is all about putting on a face, the laneway is about utility. From irregular garages, fences, and trellises to coach houses, car ports, and basketball nets, you can learn more about a person's life by strolling through these spaces than past the manicured lawns that face the street. 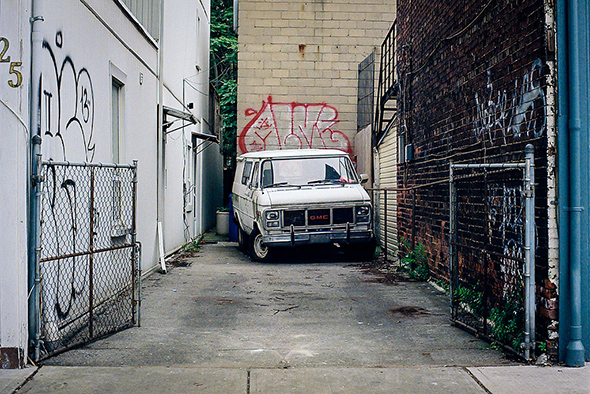 Toronto used to have places where the untidiness of the laneway was writ large, but the progressive loss of our industrial heritage has led to the steady sanitization of the city, such that there are few places that have escaped the march of development. For all the good that surrounds such a process, something important is lost as well. 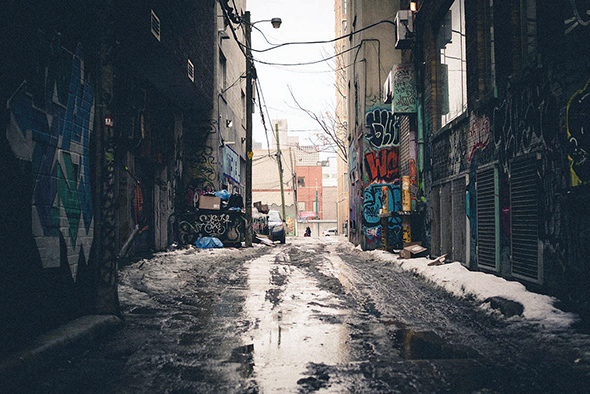 No one would say Liberty Village was a better place 20 years ago, but there was an intrigue that's long been forgotten. You'll find that some of this remains in the Port Lands, where the city has aged with less intervention than elsewhere and we can marvel at the Hearn, but there's an expiry date here too. 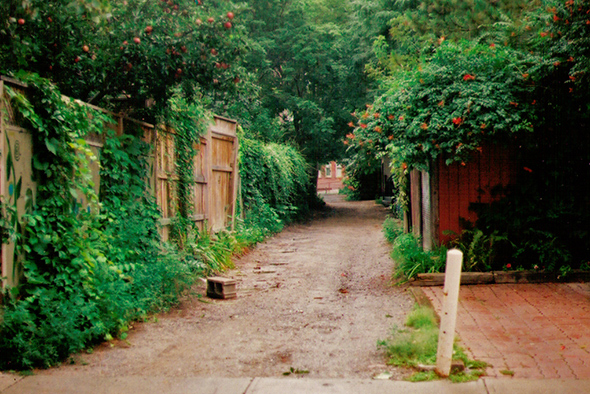 Overlooked places tend to promote contemplation and the taking stock of things. They are spaces where we might ask about the direction we're headed and how the past has shaped us. Think back, Toronto's lanes and alleys have played host to countless childhood dreams of grandeur as kids assemble to play ball hockey, basketball, soccer, and makeshift versions of other sports. 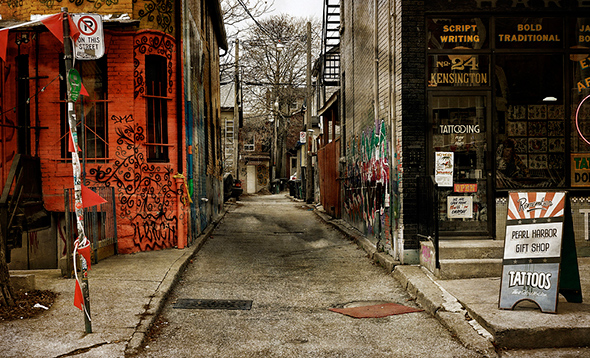 I grew up in these overlooked spaces, riding my bike through the pothole-strewn lane behind Millwood Rd. for hours on end. When I would tire of riding, I would explore the open garages, some of which were filled with old furniture, boxes of National Geographic magazines, dumbbells, and other half-discarded items. This never felt illicit because the laneway was a protected space. 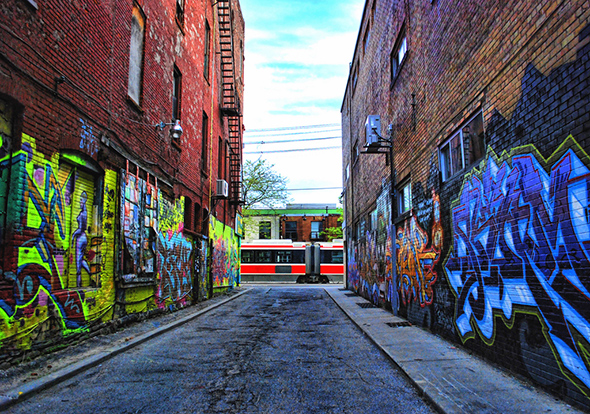 There are various initiatives in the works to make Toronto's alleyways more usable spaces, and for years small battles have occurred to build houses along our lanes. The latter hasn't met with much success en masse, which is probably for the best, as it preserves the unpredictable and irregular character of these places. 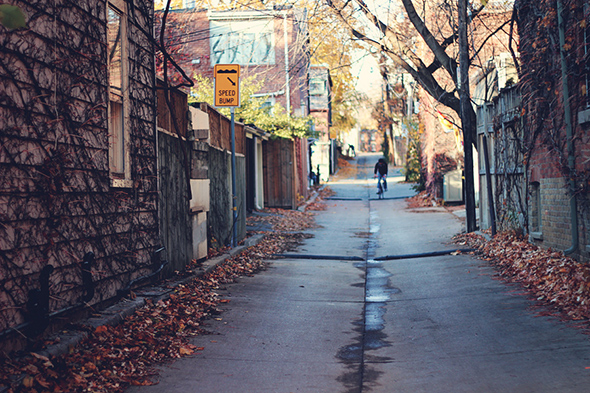 We should dream up new ways to use our laneways, but one doesn't need to wait for a cue to get out there and explore them. These are great places to escape traffic on a bike, to take in Toronto's graffiti culture, and to remind oneself that underneath its shiny finish, this city is still rough around the edges in the best way possible.