How Drake's nickname "the 6" made Toronto cool

What's in a name? A lot if you're one of the biggest cities in the world. Even more if you're a place that's tended to struggle when it comes to a coherent identity that residents can get behind en masse. Toronto has never been short on diminutives -- from TO to the Tdot to YYZ -- but it wasn't until everyone took notice of Drake's "the 6" (or the 6ix, if you will) that the city finally had a cool nickname.

Don't get me wrong. When Kardinal Offishall belted out the "T dot comin much hotta" and "I'm from the T dot Oh / Rep it everywhere I go," there was loads of civic pride at work, but the reach of these songs and the nickname had limited international appeal. And, right or wrong, the best nicknames need to span beyond the borders of a place.

Toronto's nicknames have never been all that inspiring. "Hogtown?" No one wants to be named for the pork trade. "The Big Smoke?" Maybe in the Canadian context, but when it comes to North America, Toronto doesn't qualify for the title. "YYZ?" I always thought we could be more imaginative than an airport code.

Since "the 6" gained popularity, there's been plenty of discussion as to its origin. Does it refer to the common number in Toronto's two main area codes? As people are so quick to point out, the "4" is also common to 416 and 647. Here's the thing: it doesn't matter one bit what the nuanced etymology of the term is.

It only matters that Drake bequeathed the name to the city. Jimmy Prime was the first to use the nickname, but Drizzy made it famous.

Not everyone is a fan of Toronto's most familiar face, and more than a few have scoffed at his way of referring to Toronto, but one need only to have passively followed the NBA All-Star festivities in February to get a sense of just how much cachet "the 6" has. 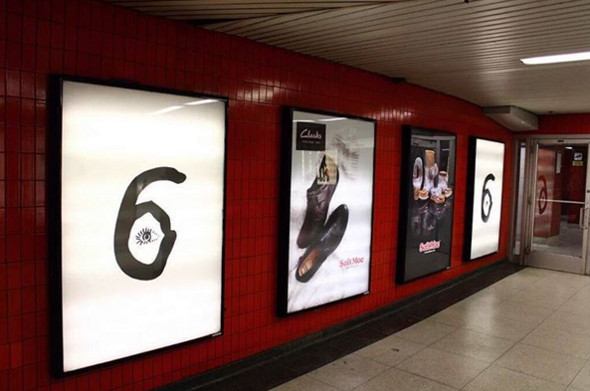 Even if Toronto occasionally suffers from tall poppy syndrome, Drake has done something remarkable when it comes to the way that other cities see us. In a nutshell, he's made Toronto cool. You might not believe it, but when Drake performs "Know Yourself" in a city like New York, the audience bombs out "I was running through the 6 with my WOES" just as loud as they do at the ACC.

Part of the reason why "the 6" has been so wildly successful can be chalked up to novelty. Nicknames conferred on cities are often ingrained in the municipal fabric from long ago. No one thinks the Big Apple is a cool name any more. The Windy City is now reserved for unimaginative weather broadcasters. The Big Easy is as sultry as city nicknames come, but today people prefer NOLA.

I could go on, but the point is that novelty of "the 6" matters because it describes a place that's novel itself. Only recently is the city truly stepping onto the world's stage when it comes to pop culture. The signifier and the signified are cohesive -- and people have noticed.

Toronto is a city becoming. The Economist calls us the best place to live in the world. The New York Times insists tourists visit here. Will Smith is "Lovin the 6." Kanye parties with Drake when he's in town. Michael Jordan shows up at the launch of his sneaker shop in the city, which his shoe company refers to as the 6ix, of course. No one even remembers who Rob Ford is.

One of Toronto's longest standing traditions is to heap praise upon musicians and artists once they go big outside of Canada. Well, in an interesting twist, what's happening now is that the city itself is gaining international acclaim. That has proven to be some major validation for our collective civic identity and for the nickname that non-residents have become so fond of.

At some point, the uncertainty around the nickname gave way to pride and to a confidence in ourselves that matches up with the praise that we receive from others. This wasn't all Drake's doing, of course, but when you get scores of celebrities, musicians, and sportscasters using a new nickname for a rapidly expanding and vibrant city, it generates a ton of interest and excitement.

If "the 6" is cool to everybody else, it has to be cool for us too.

Photos via Universal Music and @boystellstoriesbouttheman