How a luxurious Toronto hotel gets turned into a condo

A remarkable transformation is taking place at Bay and Wellesley streets. As the former Sutton Place Hotel is being converted to a condo that will be known as the Britt, the original building has been stripped to its bones leaving only a concrete and steel shell. 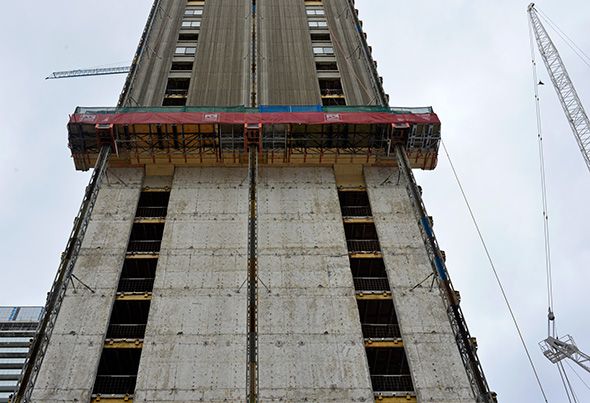 It's actually rather hard to believe that a Brutalist building could be stripped in such a way. When the process is complete, the new condo will retain virtually no aesthetic similarities with its predecessor. If you didn't know that its skeleton was preserved, you'd never think this wasn't a brand new construction project based on the renderings. 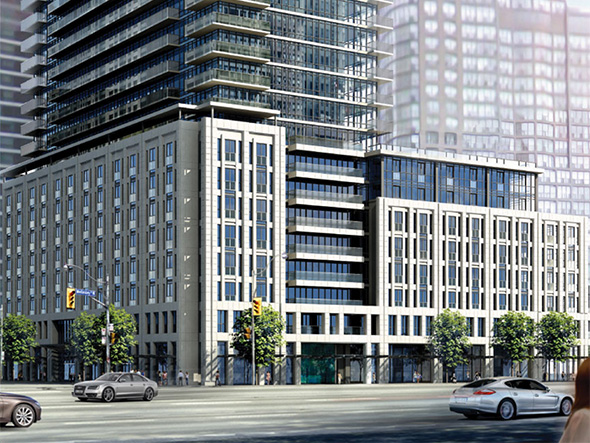 This is an intriguing moment in the conversion process. The old hotel has almost completely been extinguished, and the bright yellow steel support beams exposed as the core of the building's structural integrity. Despite its former concrete appearance, this is a building with a future glass facade on its upper floors. 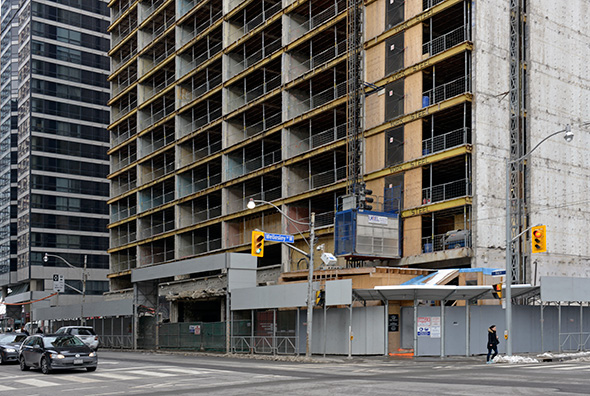 There's a lot of construction left on this project. The earliest the building is expected to be finished is fall 2017. Yet, in a few months, the bulk of the work will be in fashioning a new building out of the bones that have been exposed for all to see. 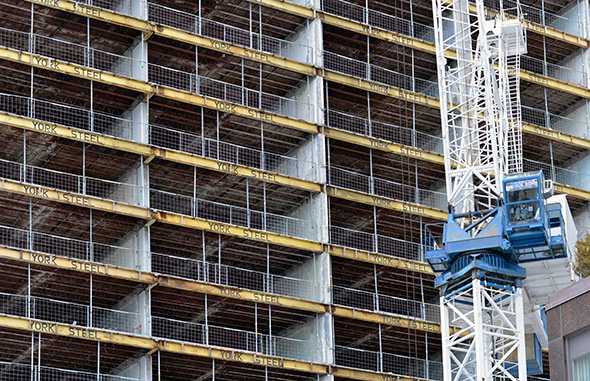 What do you think of the designs for the new condo? Let us know in the comments.