10 lost but not forgotten bookstores in Toronto

The independent bookstore is a dying breed in Toronto. We're lucky to have places like TYPE, Ben McNally, and Swipe to talk books in this city, but just 10 years ago the options were so much more robust. Waves of closures have seen the passing of so many dear book shops, including the Book Mark, Steven Temple Books, the Book Cellar, Edwards, Book City in the Annex, and many more.

Here are 10 lost but not forgotten book stores in Toronto.

David Mirvish Books
What a gorgeous bookstore this was, complete with a massive work by Frank Stella that hung over the main space. I recall visiting the shop as a child and being unimpressed, but by then time I hit university, the place had become a veritable playground, filled with hard-to-find artist monographs and over-sized fine art photography books. Mirvish Village wasn't the same after it closed in 2009. 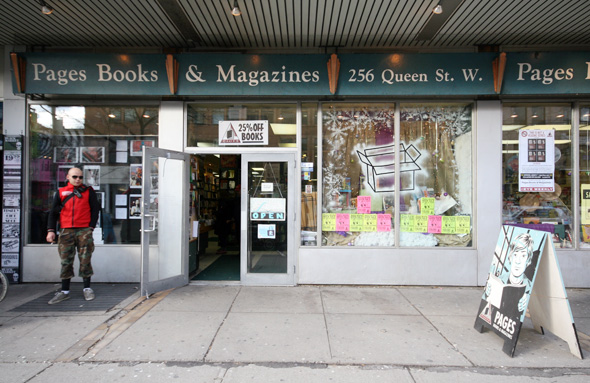 Pages
When Pages closed in 2009, a collective sigh was released by Toronto's arts and culture community. Marc Glassman's shop was a hub for writers, artists, and pretty much anyone who was culturally engaged. The closure -- due to skyrocketing rent -- was further confirmation that Queen West had irrevocably changed. 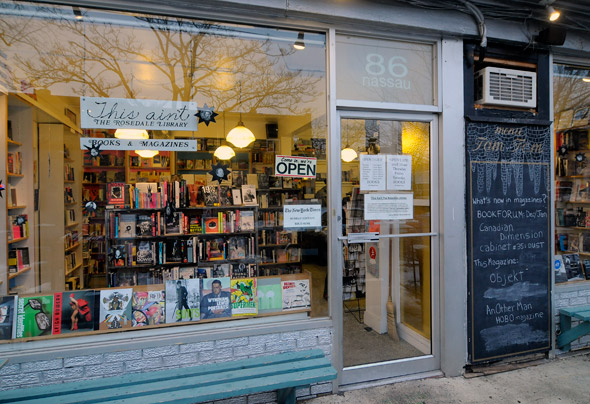 This Ain't the Rosedale Library
When the shop moved from the Village to Kensington Market in 2008, it kept a loyal following of book buyers. This was the type of bookstore where the majority of the customers knew owner Charles Huisken and his son Jesse by name, and relied on them for advice on what to read. The Kensington shop was fairly small, but it was always bustling when I visited.

The Cookbook Store
The days of speciality book selling are rapidly coming to a close in Toronto. The Cookbook Store held on until 2014 at the corner of Yonge St. and Yorkville Ave., a span of over 30 years from when Alison Fryer first opened up across from Albert Britnell. Less a conventional bookstore than a place for food lovers to congregate and meet chefs, the shop was subsumed by a condo project. 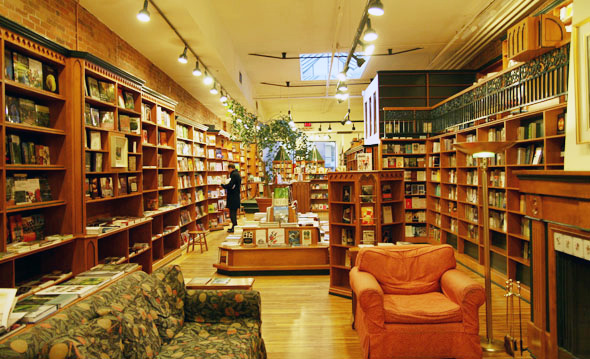 Nicholas Hoare
When I imagine what ideal bookshop would look like, Nicholas Hoare's Front St. location always comes to mind. Floor-to-ceiling wood bookshelves, dignified-looking armchairs, and a fireplace, this was heaven for a lover of books. When Hoare announced his retirement in 2013, it was clear from the outset that the store wouldn't live on under new ownership.

Toronto Women's Bookstore
I remember getting my theory books for Professor Barbara Godard's graduate classes at York University here before the shop ran into problems and was forced to close in 2009. It re-opened soon after only to shutter again in 2012, this time for good. A true community space, the TWB was home to readings, events, and served as space devoted to social justice. 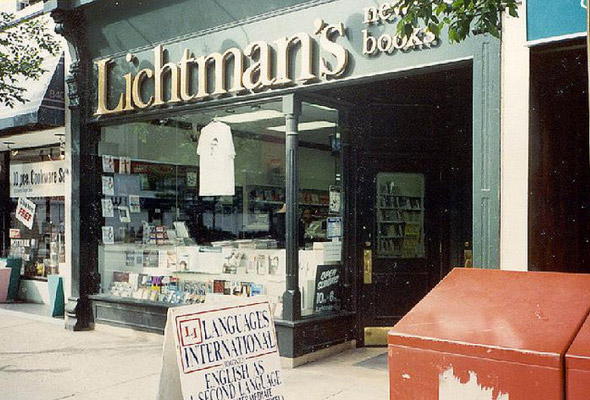 Lichtman's
I recall buying some of my first books -- from the Hardy Boys series, no less -- at Lichtmans, a chain of bookstores that were all over Toronto until the company declared bankruptcy in 2000. The book retailer was 91 years old when it closed, a victim of the rise of megastores like Indigo and Chapters.

Ballenford Books
Ballenford Books was one of those places so loved by its community of customers that when it faced closure in the 1990s, it was saved by a series of backers in the local architecture and design community. That offered a stay of execution, but the bell finally tolled in 2008 when the shop's final owner Susan Delean declared that there was no way the business could be made viable.

Add your memories in the comments.

Photo by Roaming the World in the blogTO Flickr pool.