McCaul Street is about to look a bit different

McCaul Street has been on Toronto's architectural map since the Sharp Centre for Design was built at OCAD back in 2004 and even more so when Frank Gehry re-did the AGO in 2008, but a new round of buildings promises to increase the stature of the street considerably. 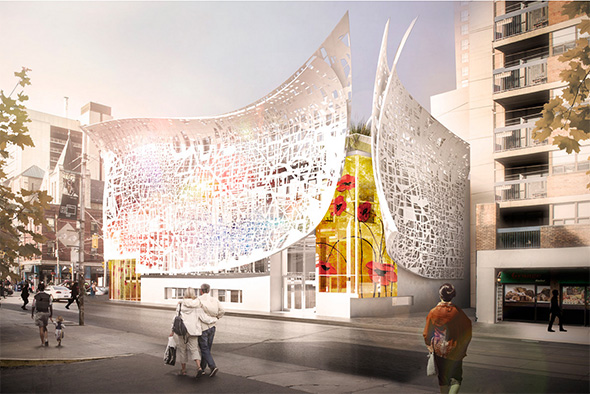 Last year, OCAD announced plans for a new pavilion at the southeast corner of the street that will create a gateway with the AGO for the southern portion of the street. More recently, renderings have been released for 35 McCaul. Currently a four-storey office building in converted warehouses, renovations would see a three-floor glass addition built atop the structure. 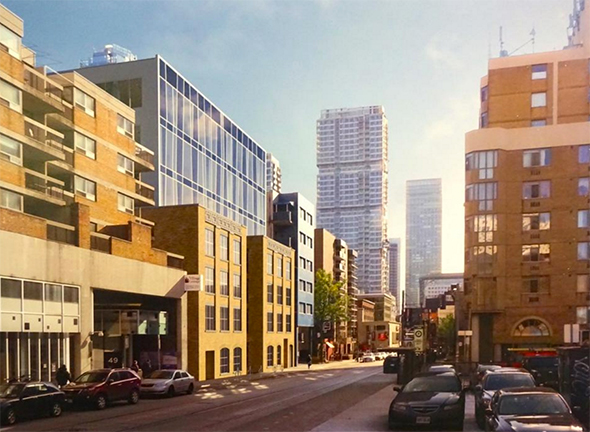 This is the kind of architecture that rarely gets much by way of accolades given its lack of scale, but it's precisely the type of thing that's making McCaul interesting. Aside from building up, plans call for the addition to sweep down the centre of the building creating a T-like contemporary structure that would link the two historical buildings.

Set back in line with the Village on the Grange complex, the proposed building is scaled well to match the street, even if, as Urban Toronto reports, it's two metres taller than the maximum height allowed here. The consultation process is ongoing for 35 McCaul, but there's reason to be optimistic that this development will be approved.

Should the addition get the go-ahead from the city, construction could begin as early as the summer.

What do you think of the designs. Let us know in the comments.