How the condo boom is transforming Church Street

Yonge Street gets most of the attention when it comes to prominent downtown corridors in the midst of massive transformation, but neighbouring Church Street is also set for vast changes that will completely change the character of the area.

I suspect there will be less mourning when it comes to the redevelopment of Church. While the street has plenty of character now, the addition of density doesn't come at quite the same cost as you find with Yonge, the history of which is much more colourful and quirky from both an architectural and cultural standpoint. 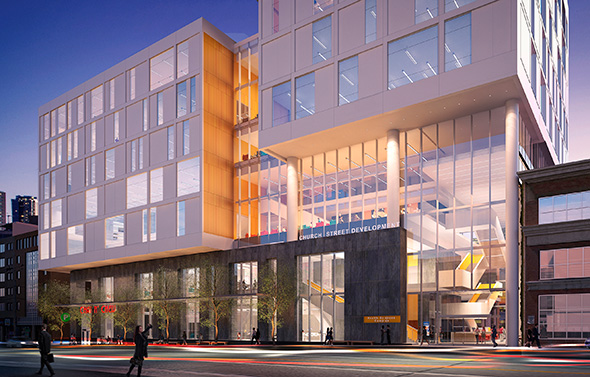 Fortunately, it's not just condos on the way to Church Street. Ryerson University is also at work on a major development in the form of the Daphne Cockwell Health Sciences Complex, which is slated to open in 2018 just north of Dundas Street East. It's an impressive-looking building that will inject some serious life into the street. 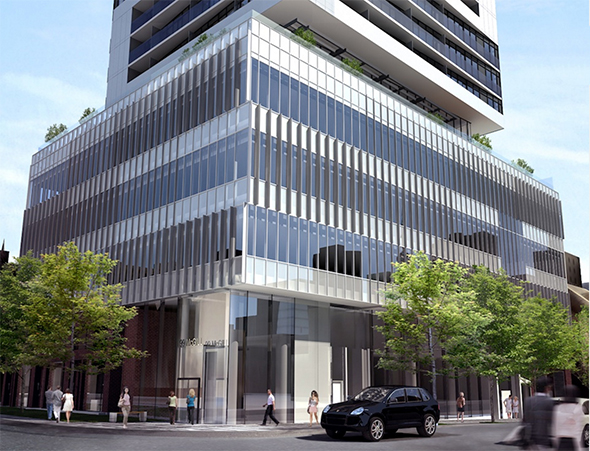 North of here, the condo boom is brewing. Tridel's Alter development at 355 Church will add 34 storeys to the area around Gerrard St. Designed by architectsAlliance, it's a hyper modern structure that's nothing like what currently exists in the immediate vicinity. 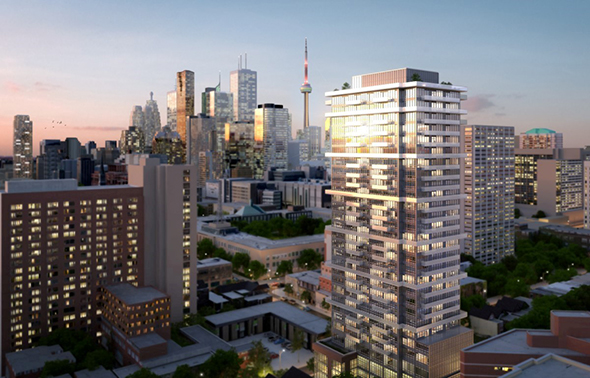 The next lot up is owned by Menkes, who are currently building a 29 storey condo with simple name 365 Church. With retail at street level, one can expect this development to animate a section of the street that tends to be less vibrant on account of the surface parking lot on the west side. 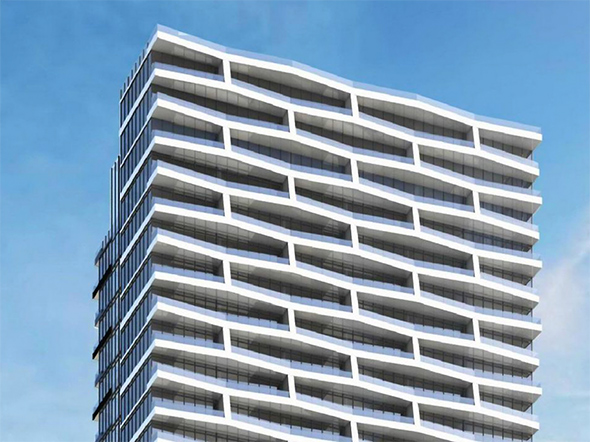 There are also preliminary plans to erect a 45-storey condo at 411 Church St., which is also currently a parking lot. The Page+Steele/IBI Group-designed tower would add 583 residential units to a neighbourhood that's already set to receive a huge influx of residents. 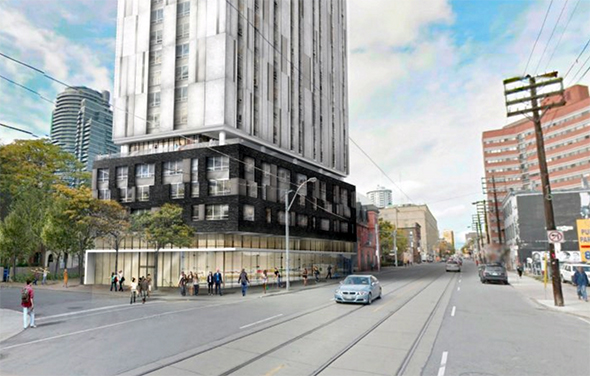 Meanwhile the the complexion of the west side of the street could change if MPAR's plans for a 32-storey student residence are approved for 412 Church, the designs of which look quite promising.

For all the complaining the city does about condos, it's nice to see these surface parking lots ditched in favour of development. 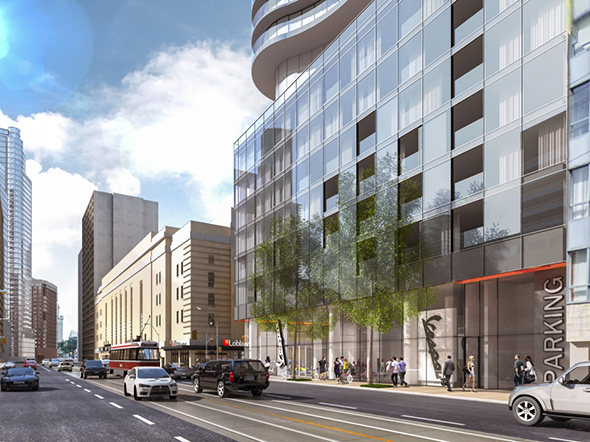 The building frenzy continues at the corner of Church and Carlton where the 42-storey Stanley Condos are taking shape. Designed by CORE Architects, this rounded tower will inject even more life into the already busy corner that houses the Loblaws at Maple Leaf Gardens with retail planned at street level.

The heart of the Village at Church and Wellesley will likely stay condo-free even as development surrounds it. Pushing towards Bloor, however, there's a whole new set of applications in the works to add density to a mostly residential section of the street. 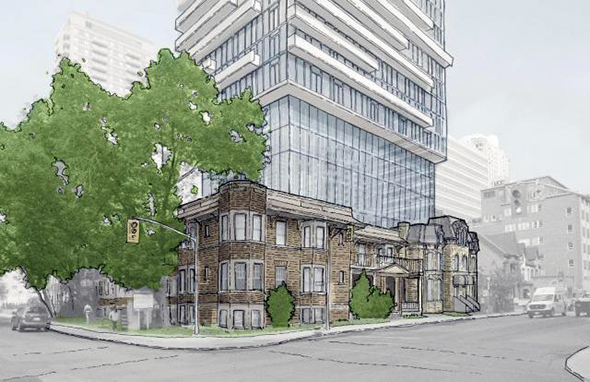 Charles St. could become a hub of activity should a large-scale project be approved to build a 54-storey condo on a street that has become a mini-corridor for such buildings over the last 10 years. Existing heritage buildings on the site would be preserved as the tower rises up above them.

Unlike Yonge Street, there's always been a certain quietness on Church that belies its status as a main artery in the city. Perhaps its the very proximity to Toronto's main street that has, to some degree, taken its neighbour out of the spotlight. This won't be the case forever, though.