This is why Toronto has Lower streets

If you've lived in Toronto long enough, you've noticed at one point or another that the city has a handful of streets that bear the designation "Lower."

As is the case with streets that are divided north/south, this naming strategy isn't the norm in Toronto because the city lacks a single upper/lower dividing point in the way that Yonge St. handles east/west distinctions.

When discussing anything related to street names in Toronto, it's worth recalling that many exceptions to the standard rules derive from the state of affairs pre-amalgamation, when individual municipalities used their own nominal strategies to handle newly-created streets (existing streets that crossed municipal lines almost invariably kept their names). 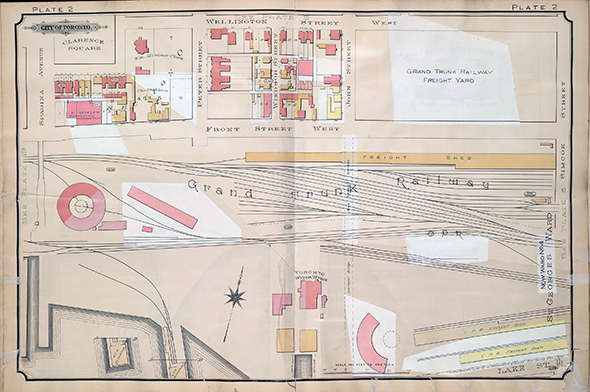 So why Lower streets?

The simplest answer, and the one that accounts for the highest instances of these names, is that a number of Toronto's major north/south arterial roads used to terminate at Front St. or The Esplanade.

As such, the addresses of the buildings on these streets are numbered up from this point.

When part of the Toronto harbour was filled in during the 1920s, the city was extended southward, meaning that longstanding north/south streets could be extended.

In some of these instances it wasn't necessary to designate the streets as "Lower" because various redevelopment projects made it possible to number them up from the Lake. 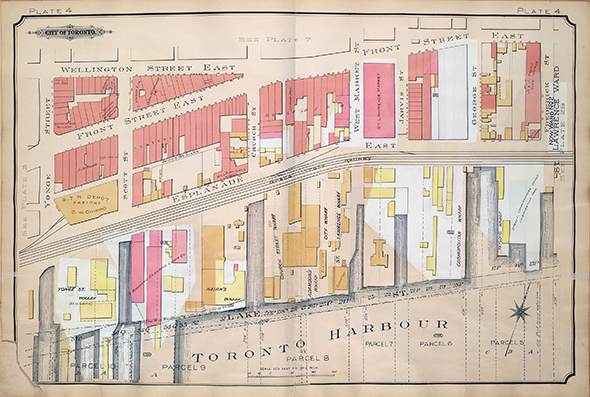 The address of the Toronto Star Building, for instance, is 1 Yonge St. If you go back to the turn of the century when the Board of Trade Building occupied the corner of Yonge and Front, you'll note that its address was 35 Yonge St.

In other words, there was numerical space left south of Front most likely on account of the presence of the GTR' Freight Shed.

Following this logic, the reason for the "Lower" streets is clear. It's merely a way of dealing with a coherent address system. This is also why there doesn't need to be one north/south or upper/lower dividing line.

The city only needed to designate a "Lower" section of a street when redevelopment necessitated a new set of addresses (given that it'd be ludicrous to use negative numbers).

That's why you have anomalies like Lower River St. which runs south of King St. Relatively speaking, it's a new street. And because River St. was numbered north from King/Queen, the "Lower" designation just made sense.

A street like Lower Ossington Ave. is similar. It only exists because redevelopment at CAMH extended the road south of Queen St.

The same logic is used for "Upper" designated streets, though these are rare in Toronto because of the manner in which the city was developed north from the lake and the sequence in which addresses are assigned (south to north).