This was the first TTC bus route in Toronto

In poring over the history of the TTC's route numbering system with Transit Toronto's James Bow, I came across the story of the city's first bus route.

While a more systematic attempt at naming surface routes wouldn't come until 1956, way back in 1921 the Toronto Transportation Commission introduced its first bus line in the west end, appropriately named the 1 Humberside.

In a move that was far from arbitrary, the first route got its numeric title in honour for the years that it ran between 1921 and 1925.

The original route would seem strange to us now, as the the short loop headed west along Humberside from Dundas, proceeded north up High Park and then back west along Annette to Runnymede. 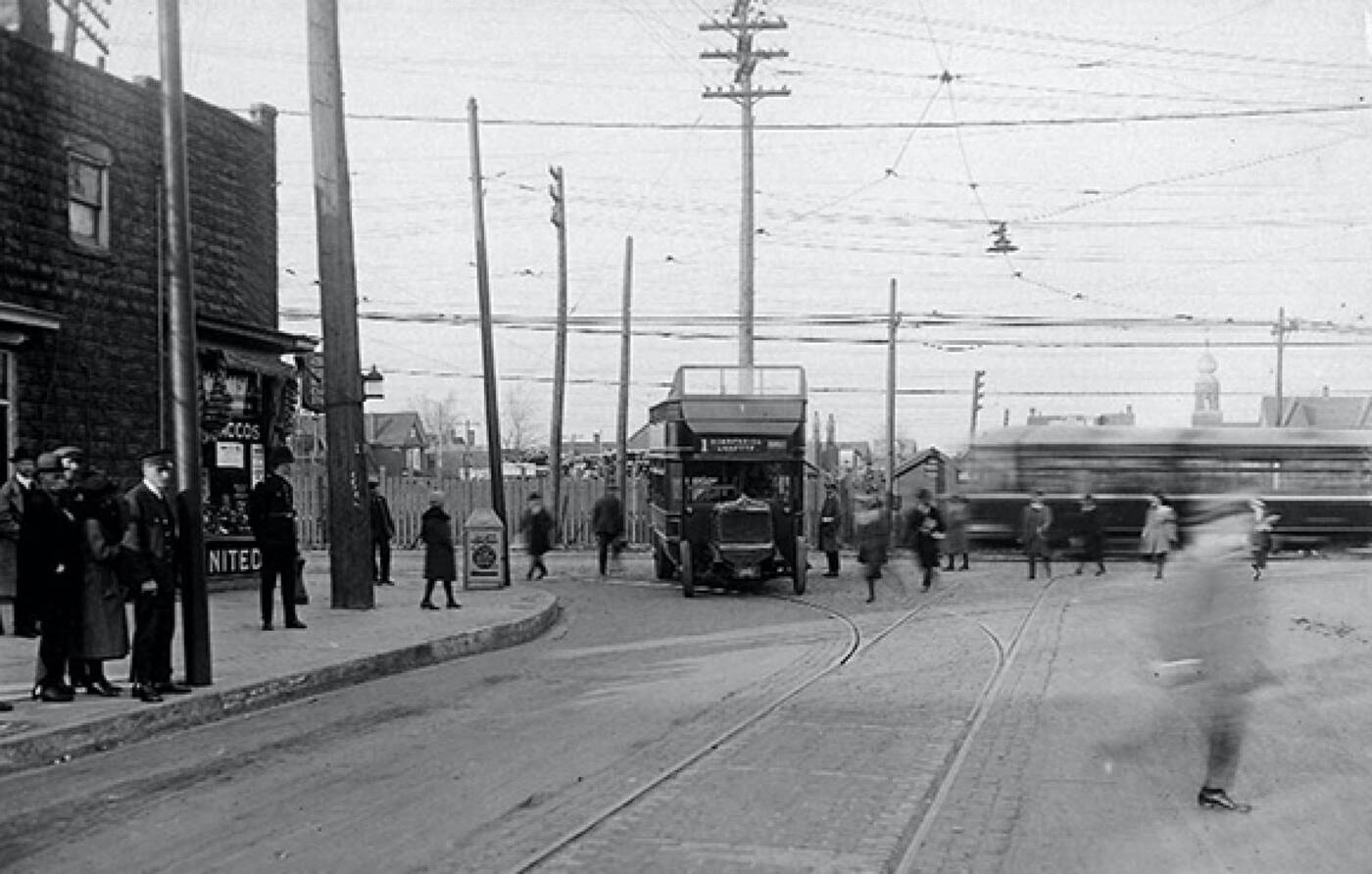 The route would change a few times over its history before eventually being replaced by dedicated routes on Runnymede and Jane.

Along with its nominal significance, the 1 Humberside is also noteworthy for the fact that it was first serviced by double decker buses, which the TTC had in its inventory in the 1920s. 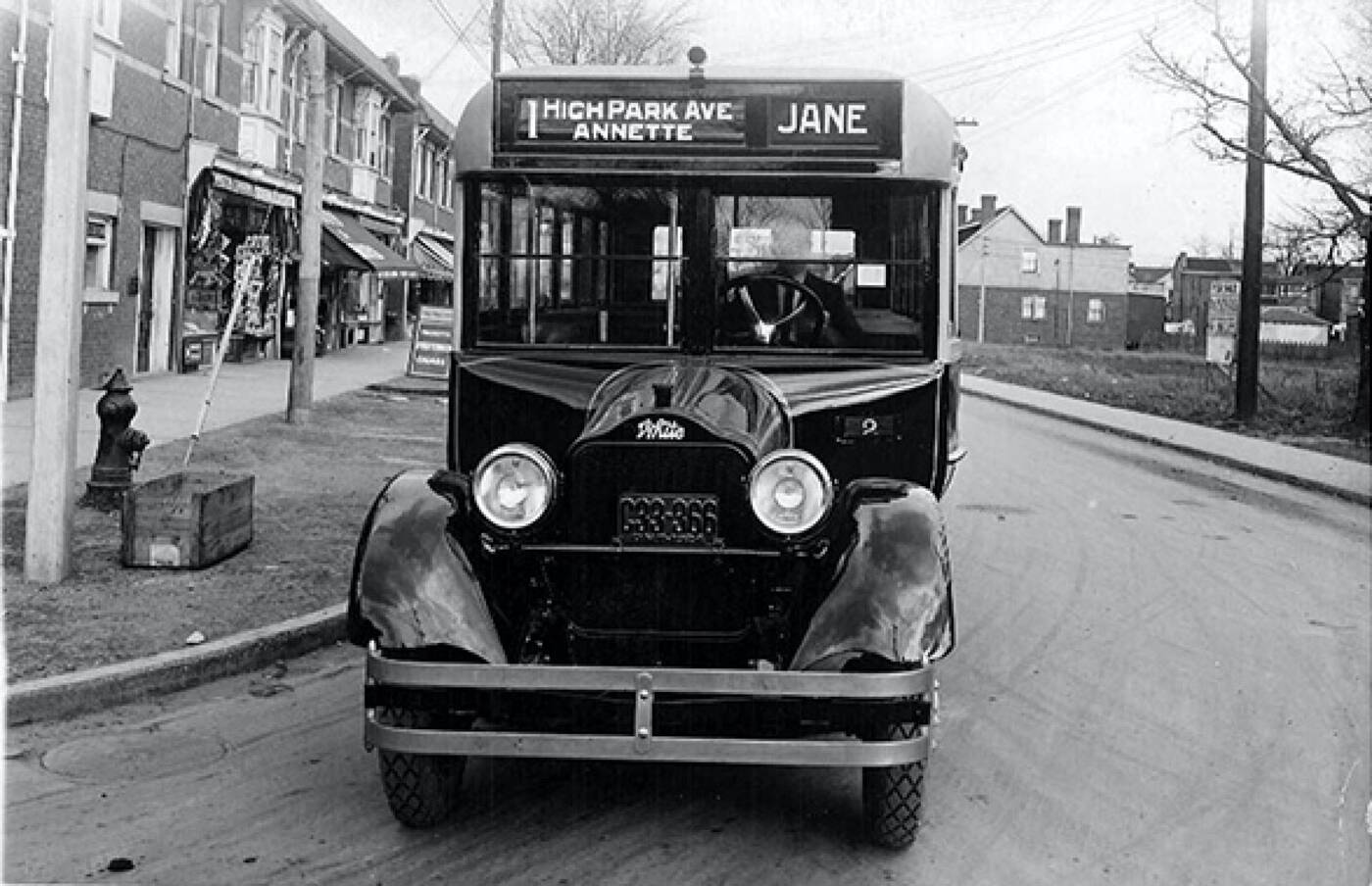 In some sense, this original route was the precursor to the current day 26 Dupont, which replaced the 4 Annette Trolley coach in 2001.

The Annette trolley launched in 1947 as a replacement for the Jane bus (no route number assigned), which took over for the High Park derivation of the original route in 1925.

Toronto Archives. Hat tip to Pete Coulman and Alan Gryfe who compiled much of this information for Transit Toronto.