Taste of Manila returns bigger and better for year two

Toronto's biggest Filipino festival returned to Bathurst and Wilson this past weekend. Its second year saw some improvements from last year's inaugural edition - like a slightly more organized lineup of vendors, making festival navigation a bit easier - but overall, it was the same bustling scene that made visitors and locals alike feel like they'd stepped into the streets of Manila itself. 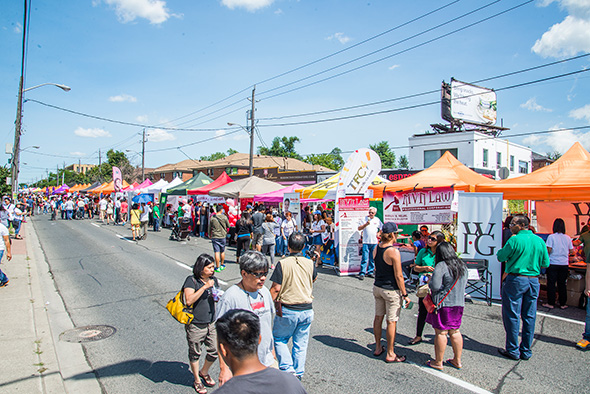 Finding parking was like Mission Impossible 6, but the sights, sounds and flavours of the festival were worth it. There was bad karaoke and colourful traditional dance performances. There was free nail art and sparkly jewellery booths. 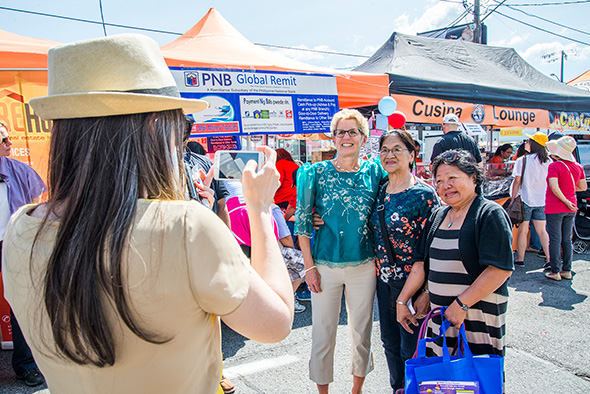 There was Kathleen Wynne posing for pictures with the Consulate General of the Philippines for Toronto. There were oodles of "chances to win" - various gift cards, round trips to the Philippines, iPad minis, and more. 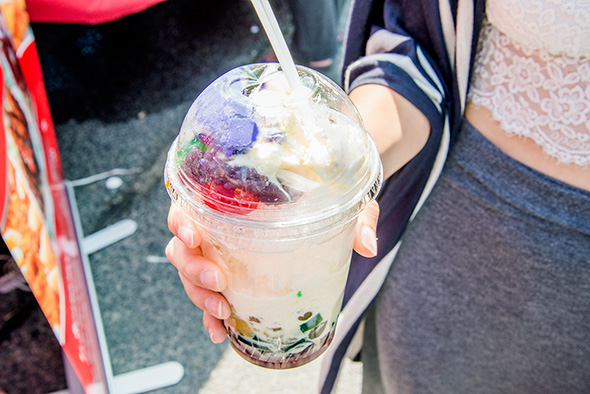 As far as food went, the array of culinary booths were, for the most part, dishing out the same menu items. One of the most popular picks was the "Halo-Halo," a dessert concoction of shaved ice, milk, fruit and other things that make it look like a rainbow in a cup. 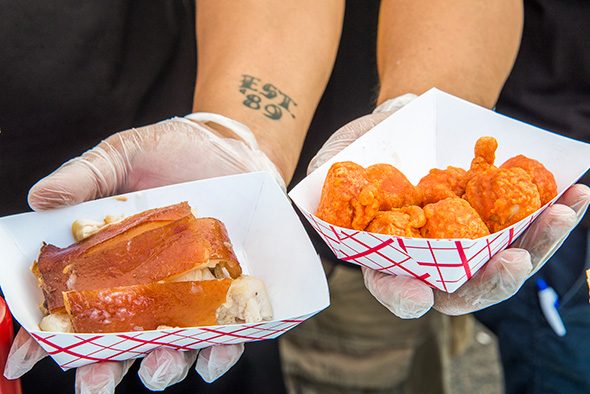 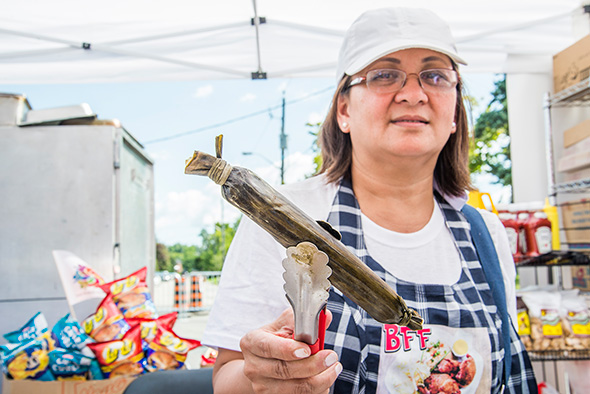 The similarity of offerings from vendor to vendor speaks to the authenticity of Taste of Manila. So many cultural festivals across the city lack culinary focus, offering up all manner of street foods regardless of the theme of the festival. In general, that's totally fine, but it was a nice change to see the focus so squarely on Filipino cuisine. 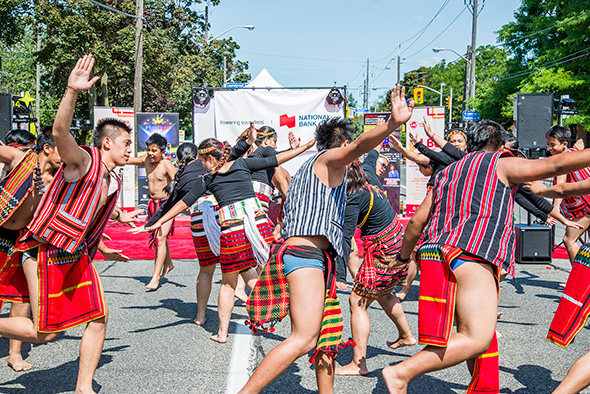 Little Manila is perhaps one of the lesser-known ethnic enclaves in Toronto. Unlike better known events like Taste of the Danforth or Taste of Little Italy that celebrate the former makeup of their given streets, Taste of Manila proves a showcase for a burgeoning community that's in the early stages of leaving its mark on the streetscape. 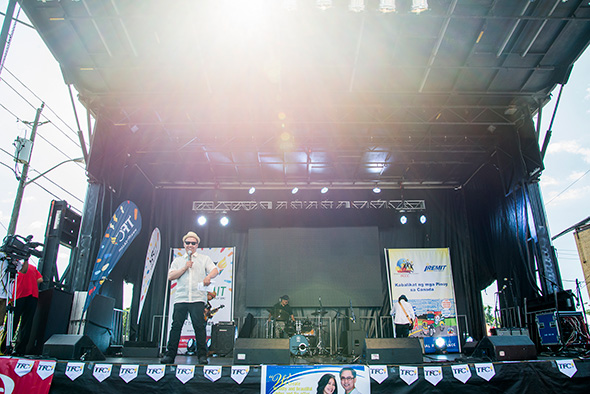 And that's exciting, particularly if you've tired of the predictability of so many of Toronto's street festivals.