For more than 30 years, the brown and white-tiled GO Train concourse in the basement of Union Station was the point of arrival and departure for millions of commuters, tourists, and other rail passengers.

Yesterday, the cinnamon-scented bunker closed for renovations that will strip away the dated decor and boost the overall floor space by a third. As part of the broader $796-million renovation of Union Station, a new floor flush with the TTC subway station mezzanine will be added beneath the existing GO concourse.

Fans of Tim Hortons, Dairy Queen, Mr. Sub, Mmmuffins, and the olfactory delights that emanated from the Cinnabon will be sad to find out that some of those retailers will not be returning. GO says it's still in the process of signing leases with new tenants, though the future sounds bright.

The finished product will likely look something like the sleek new York St. concourse, which opened last month and will handle all GO Train traffic until 2017.

Here's a last look around the GO concourse on its final day of operation. 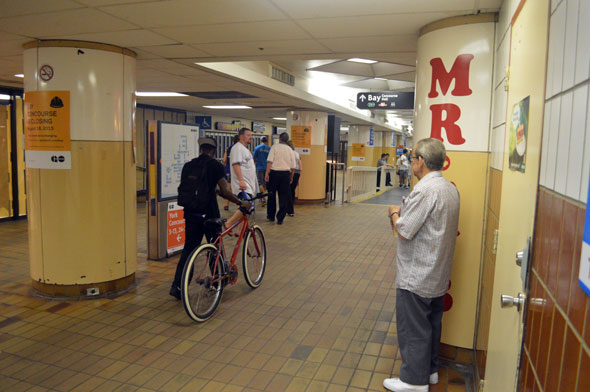 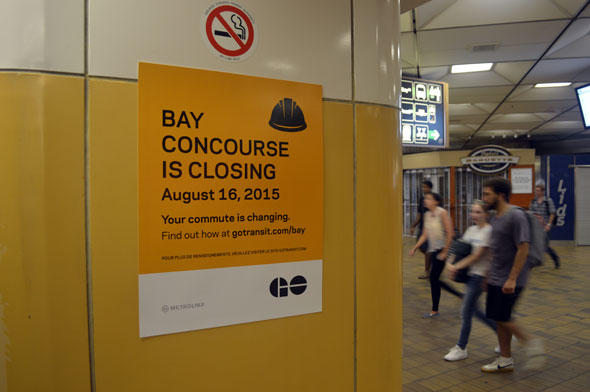 Prior to that, GO Train access was handled via the area under the main ticket hall. 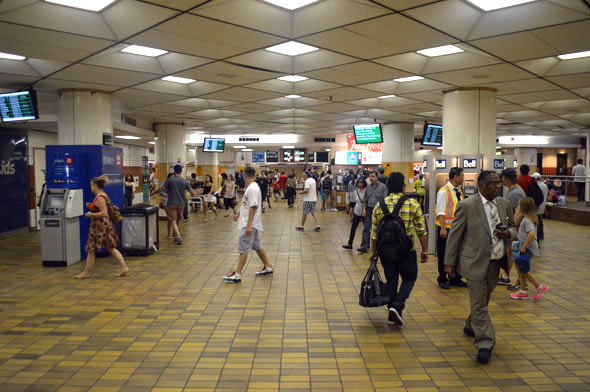 The GO concourse opened roughly a year before the last steam train left Union Station in 1980. The special service carried around 600 railway enthusiasts to Niagara Falls and back on July 20. 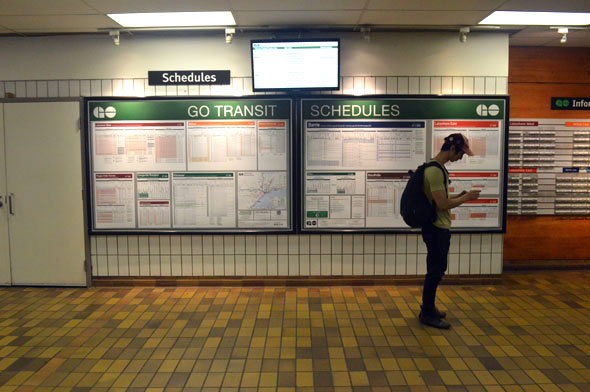 The start of GO concourse construction in 1978 was timed to coincide with the first commuter train on the Richmond Hill line. 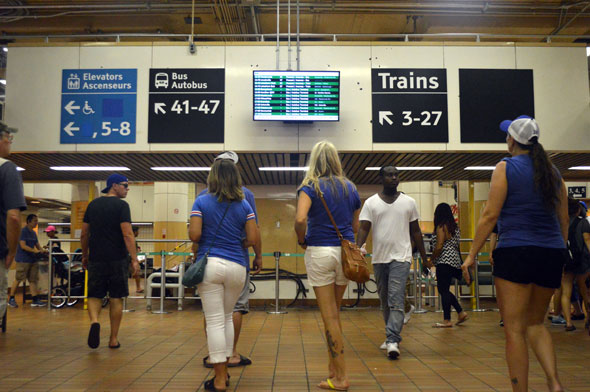 The concourse used to have fare gates near the stairs to the platforms before GO switched to proof-of-payment. 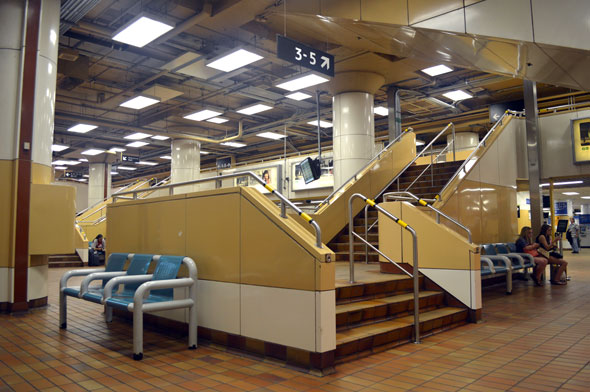 In 1979, Union Station was also the main hub for Via Rail's ill-fated TurboTrain, a high-speed intercity service capable of traveling between Toronto and Montreal in two hours. 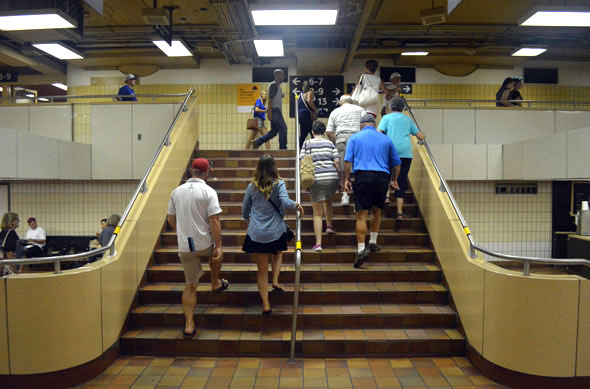 Union Station was once threatened with demolition. As part of a massive $1 billion downtown redevelopment project named Metro Centre, the station would have been razed and replaced with a new facility closer to the lakeshore. The subway would have likewise been extended south. 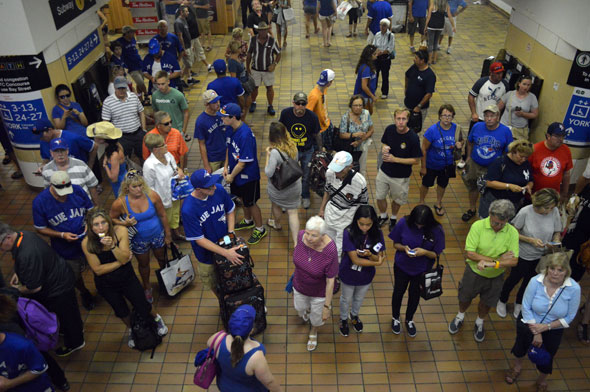 The GO concourse was installed after Metro Centre was cancelled. The cost was projected to be between $35 and $38 million to be paid by the province. 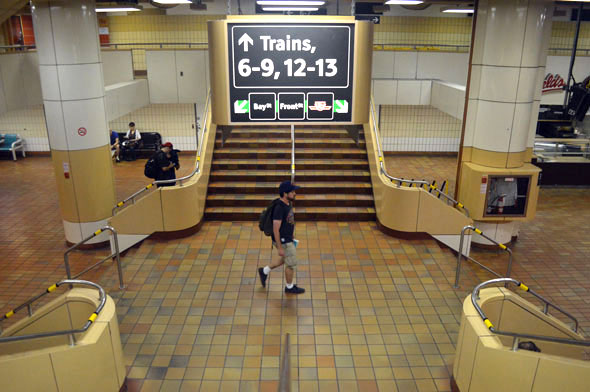 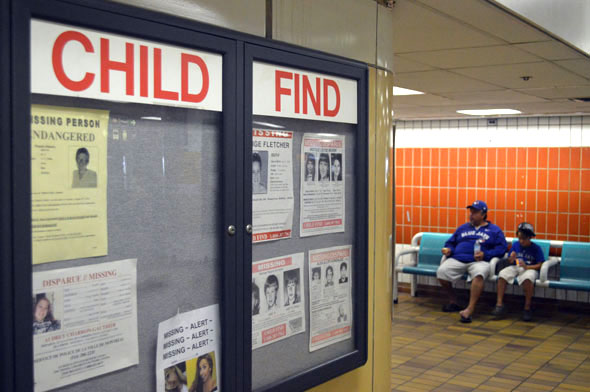 The ChildFind board has decade-old posters seeking information related to the disappearances of Michael Dunahee, Nicole Morin, and several others. 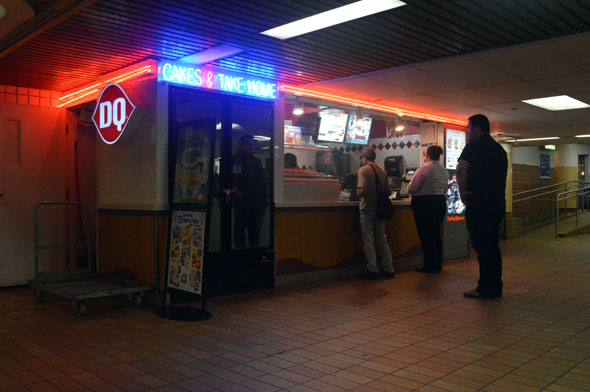 The Dairy Queen kiosk served its last Blizzards to fans heading home from the Blue Jays game on Saturday afternoon. 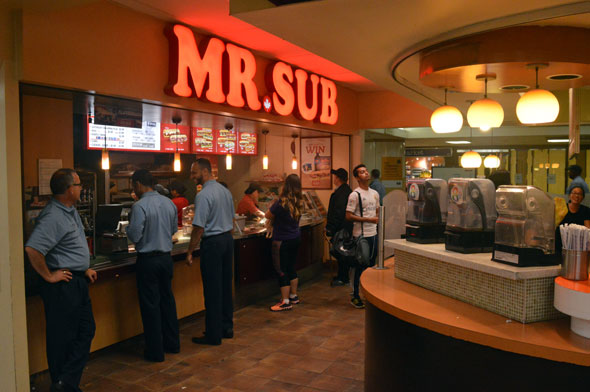 Mr. Sub likewise dished up its final hoagies that day. It's not clear which retailers will return in 2017.