5 Toronto intersections as they were 150 years ago

150 years ago Toronto had only been Toronto for a little over three decades. Originally Dublin, then York, the bulk of the town was still mostly clustered along the waterfront between Parliament and Bathurst streets. The tallest structures were church spires and factory chimneys and large parts of present day downtown were reserved for industrial use.

Not many photos survive from this period (camera technology was still in its infancy) but thanks to careful preservation, and a little luck, it's still possible to get a sense of what Toronto looked like when the horse and cart was king of road.

Here are 5 Toronto intersections as they were 150 years ago. 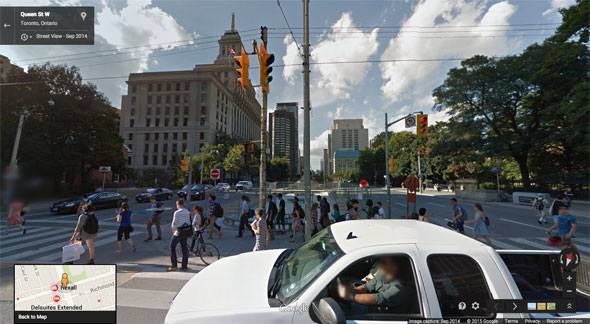 Chestnut trees as far as the eye can see at the corner of Queen and University in 1868. 147 years ago, the north-south street was called College Ave. (it originally provided access to the grounds of King's College at the University of Toronto) and was gated at its south end. Queen's Park had yet to be built and University ended at Queen St. Today, the trees and grassy central strip is gone and the view is dominated by the Boer War memorial. 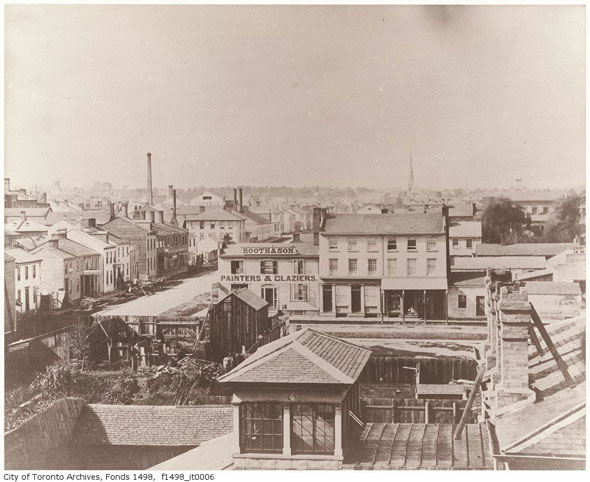 Viewed from the top of the Rossin House hotel in 1856, the intersection of Adelaide and Victoria was home to Booth & Son painters and glazers, who, among other things, appear to have worked on Post Offices in Toronto. The image was taken by Armstrong, Beere and Hime as part of a panorama meant to advertise the city as a potential site for the national capital. Today, the corner is 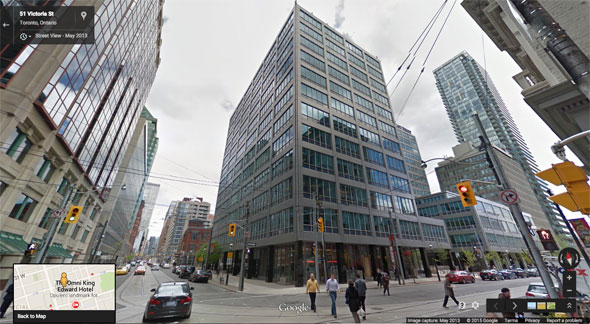 occupied by an office building. 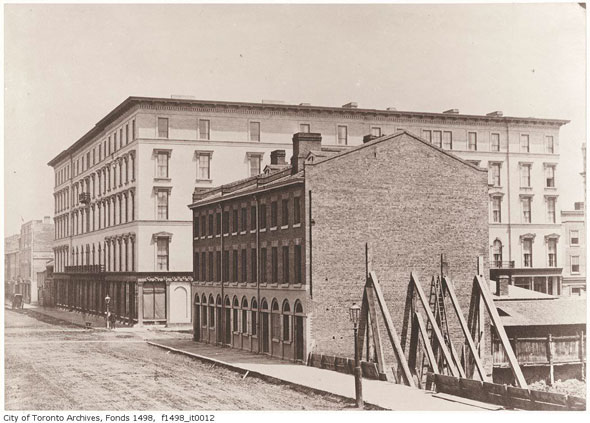 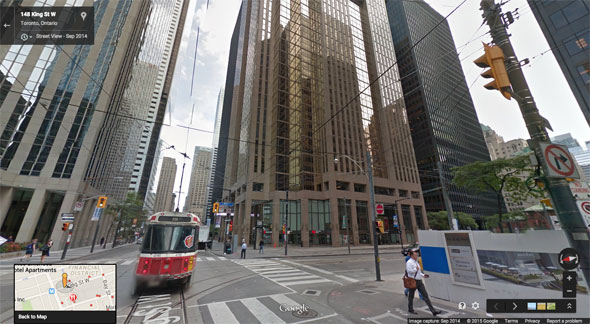 Toronto's first major luxury hotel. It boasted hot and cold water, baths and closets on each floor, and large ventilated bedrooms. Cold tongue, corned beef, ham, and mutton were offered alongside more exotic dishes like "Oyster Patties--French Style" and "Veal Currie--East India Style." The building survived until the 1960s and construction of the Toronto-Dominion Centre. Now, its former lot is occupied by the tower at 121 King St. W. 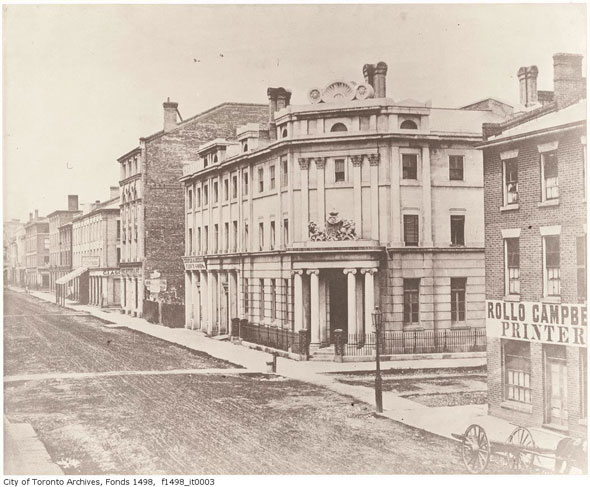 The northeast corner of Yonge and Wellington is 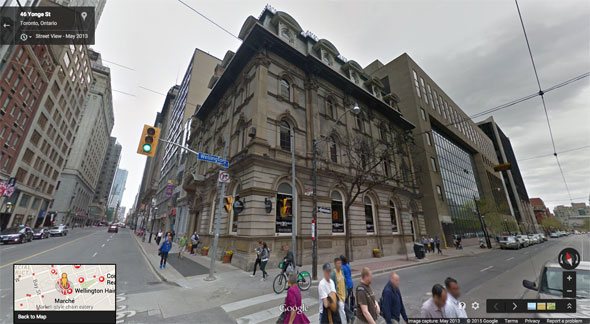 home to a historic branch of the former Bank of British North America, inside of which is the Irish Embassy bar. In 1856, the corner was still occupied by the same bank in a somewhat smaller building. The BBNA, like other Canadian chartered banks, used to issue its own paper currency prior to the formation of the Bank of Canada. The Bank of British North America was merged into the Bank of Montreal in 1918. 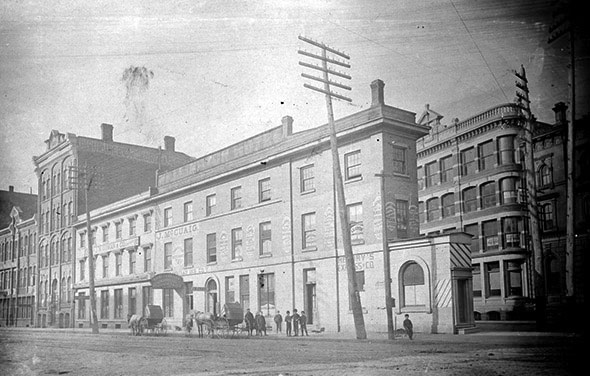 Before the famous Gooderham "flatiron" at the corner of Wellington and Front there was the "Coffin Block" a wedge-shaped building named for its resemblance to a burial box. Constructed in the 1830s, it was home to the Wellington Hotel (its sign is still just about readable at the top of the picture) and a small booking office for William Weller's stagecoach lines--the tiny nook on the right. The Coffin Block was demolished in 1891 to make way for 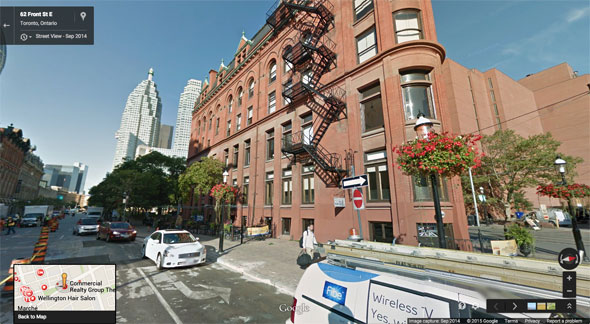