Front and Spadina is on the cusp of massive changes that will radically transform an area that's yet to witness the heavy development found just to the south at CityPlace. Already in the works is a 7.7 acre mixed-use project from RioCan, Allied Properties, and Diamond Corp. known as The Well, which will build up the north side of Front St. Now comes another major proposal, this time from the State Building Corp. It features five buildings spread over what is currently a surface parking lot at the northeast corner of the intersection.

According to Urban Toronto, the proposal has yet to be submitted to the city, so much of this could change, but right now the plans are punctuated by a two towers of 58 and 60 storeys. Two smaller structures of 24 and 25 storeys are also planned for the site. Based on the preliminary designs, these are good looking structures. Lots of retail is planned at grade throughout the development, but what might be most exciting is the possibility of a cultural venue as the fifth building.

It's probably worth reiterating just how early in the process this is, but with significant improvements planned for the public space around the development (Clarence Park is right there) and an attention to design detail, I suspect that this is the type of development that many people will like. Let us know what you think in the comments. 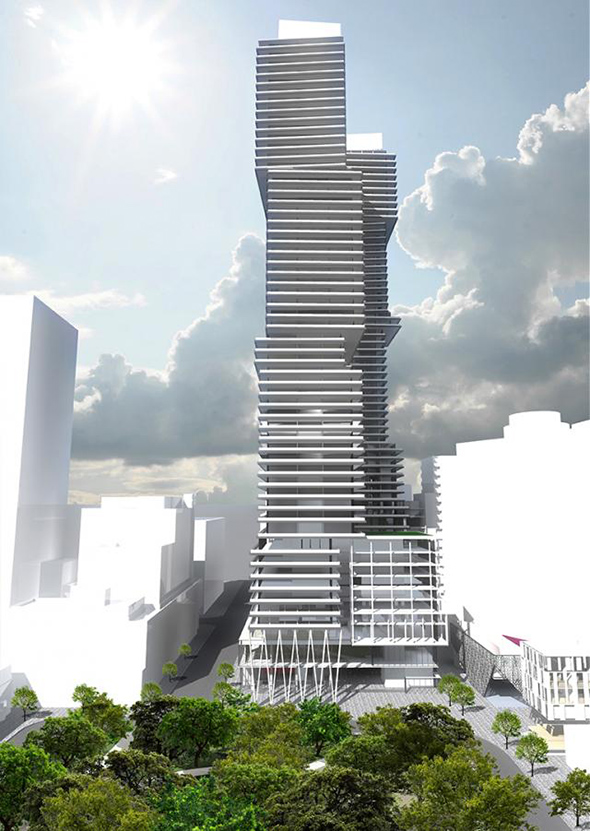