10 quirky things to know about the Beaches

The Beaches (or the Beach, see below) grew up as a cluster of independent villages east of Toronto. Before merging into a cohesive part of the city, the area west of Queen and Kingston Rd. was a popular tourist destination thanks to numerous summer resorts, hotels, and a popular horse racing track.

In recent years, the neighbourhood has struggled against perceived threats to its identity. The war of words over the name of the area ("Beaches" is largely perceived--incorrectly--to be the product of newcomers) and battles over the arrival of mid-rise developments on Queen St. and Kingston Rd. have recently been hot topics of conversation.

Here are 10 quirky things to know about the Beaches (or Beach).

The landscape was shaped by numerous lost rivers
The most dramatic Beaches ravine, Glen Stewart, winds south from Kingston Rd. to Queen with gigantic mansions perched on its walls. The stream still exists, though it has been channeled underground in places. It previously emptied into the bay close to Glen Manor Dr. Norway Creek caused the strange elevations along Kenilworth Ave. while Tomlin's Creek, which continues to surface from time-to-time, is responsible for the hills north of Kingston Rd. 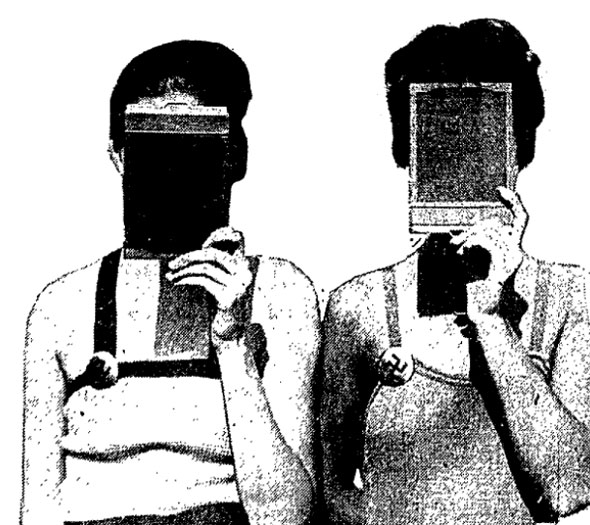 There was an anti-semitic uprising in 1933
In the years before the outbreak of the second world war, a troubling undercurrent of pro-Nazi, anti-semitic activity festered in Toronto. The Balmy Beach Swastika Club marched in 1933, flashing Nazi salutes, carrying placards, and selling merchandise. The separate Balmy Beach Canoe Club put up a sign saying "Hail Hitler" and other local groups added a swastikas to their uniforms. Things came to a head with the Christie Pits riot that August. Swastikas still appear on the boardwalk today.

Kew Beach used to be "a place of innocent amusements"
Kew Gardens, named for the famous gardens in London, England, was a popular and sedate summer resort where "innocent amusements in great variety, including dancing" were on offer. Kew was once a distinct area, separate from, say Balmy Beach just down Queen, with its own fire hall and library. In its 25 years of existence, Kew Gardens offered meals, camping, and boarding facilities. 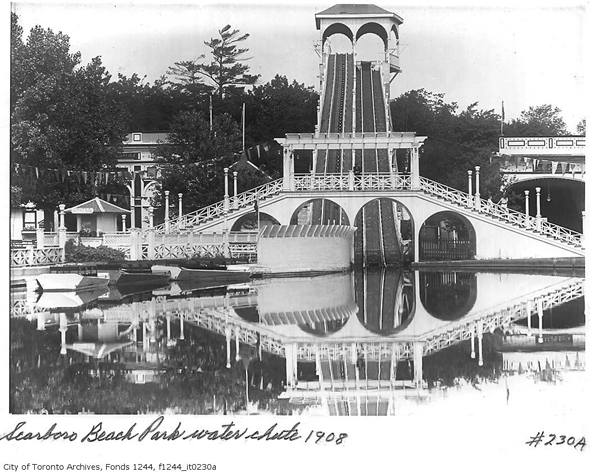 Scarboro Beach Blvd. is named for a lost amusement park
Scarboro Beach Park was the polar opposite of Kew. Owned by an early transit provider, the popular summer attraction drew some 32,000 visitors a season during its heyday in the early 1920s. There was a ride that simulated the 1906 San Francisco earthquake, a burlesque show featuring the raunchy "Tipperary Girls," a tunnel of love, swings, and outdoor concerts. It closed in 1925.

The R. C. Harris Water Treatment Plant is gloriously over the top
Built on the former site of yet another amusement park, Toronto's "Palace of Purification" was never meant to be modest. In the late 1930s, public works commissioner Roland Caldwell Harris, who lived within sight of his most famous project, ordered an ornate art deco complex of yellow brick and Queenston limestone that was to be decorated with marble, bronze, and herringbone tile. There were rumours of secret balls held in the opulent building in the years before it opened. Not bad for a water filtration plant. 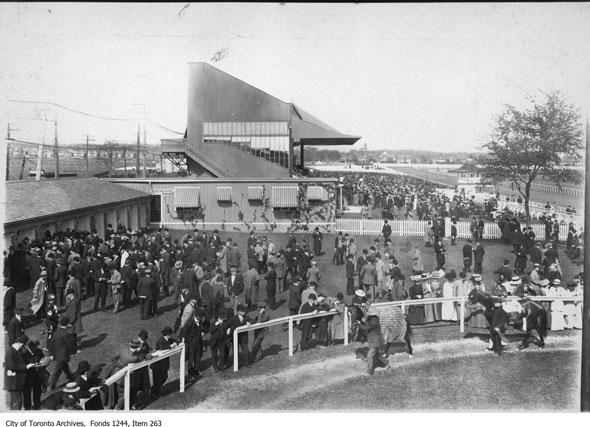 There used to be a racetrack at Kingston Rd. and Queen
Founded in 1875, Woodbine Park was a popular early Beaches attraction. People came from downtown on ferry boats and on horse-drawn Toronto Street Railway streetcars and many stayed overnight at the Woodbine Hotel. The King and Queen's Plate was run there for 70 continuous years until new Woodbine in Rexdale opened in 1956. Old Woodbine was renamed Greenwood before being demolished in 1993. Today, the land is occupied by Woodbine Park and a housing development.

Somebody messed up the design of the Donald D. Summerville pool
The bulky concrete mass of the Donald D. Summerville pool, named for the only Toronto mayor to die in office, dominates the waterfront at the foot of Woodbine Ave. The cantilevered structure was completed in the early 1960s and was supposed to contain an Olympic-sized, 50-metre swimming pool, but the finished product ended up being slightly too short, possibly due to a goof converting from imperial to metric.

The Beaches used to be virtually dry
It's now home to the fanciest LCBO store in the province, but the Beaches wasn't always so friendly to liquor. As M. Jane Fairburn notes in her book Along the Shore "during the 1960s, it was virtually impossible to find an establishment in the Beach or surrounding area that served alcohol. The exception was the Orchard Park Tavern, located across from Greenwood Racetrack." That's changed now, of course. Like the Junction, the Beaches' bars and restaurants are now comfortable serving a tipple or two.

Pianist Glenn Gould and artist William Kurelek called the Beaches home
Gould was born on Southwood Dr. and lived there while he recorded his first version of Goldberg Variations for Columbia Records. Kurelek, famous for his scenes of rural Canada, several of which are in the permanent collection of the AGO, moved to Balsam Ave. in 1965. He painted several Beaches scenes and created some of his best known work from his basement studio. 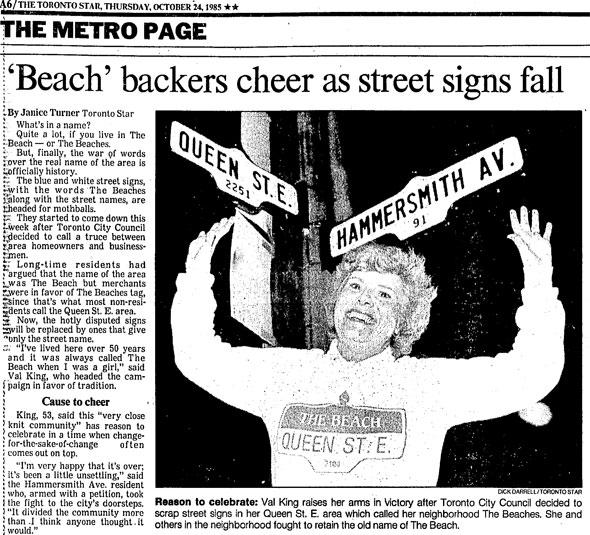 The neighbourhood went to war over its name in 1985
Is it the Beach or Beaches? Your answer to that seemingly innocuous question matters a great deal in the Beaches, or the Beach. In 1985, the steadily heating argument over the name of the neighbourhood boiled over when the city installed new street signs proclaiming it "The Beaches." Much hyperbole and vitriol later and the singularists eventually won out. The signs were replaced, but still no-one quite agrees on the name.