The Ossington Townhomes is a luxury development on Ossington just north of Dupont. While located significantly north of the section of the street known as the epicentre of cool (one should always doubt such designations), it's hard to argue against the location, which offers easy access to a ton of amenities but is quiet enough to appeal to those looking for something away from the bustle of downtown.

From a design standpoint, these are less modern than some of the recent developments we've seen. According to the developer, the idea is to inject some British flair into the neighbourhood, which basically ensures that the project features architecture that's on the conservative side. Given the neighbourhood's existing architecture, that's probably not going to bother current residents one bit. 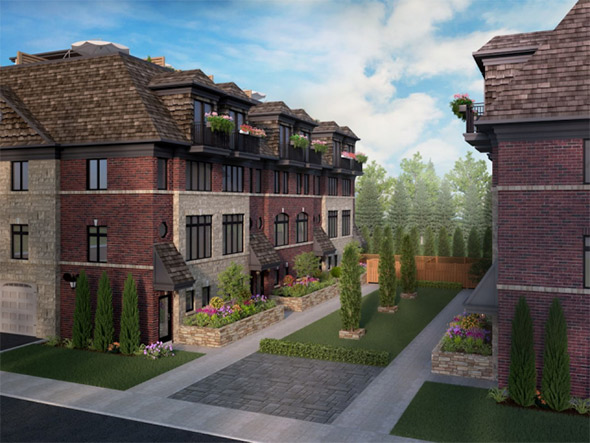 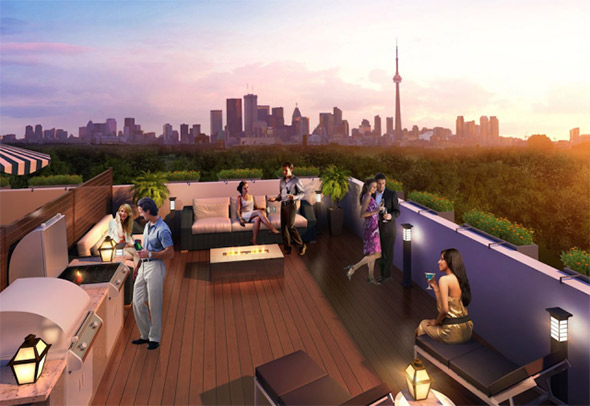 Although the floor plans have yet to be released, there's enough info available on this project to get a good sense of what the finished product will be like. The aim is to attract folks who appreciate the newness and minimal upkeep associated with condos, but who have enough money and (likely) family members to justify a more traditional home. Given the price, potential buyers could also purchase existing homes in the same area (many of which are in fact cheaper than these units), so the major selling point is add-ons like the rooftop terrace and luxury finishes in the kitchen and bathroom.

This is a location game. If you don't want to sink money into a fixer up project, or you don't want to have to worry about mowing the lawn every weekend, this development will be very appealing. There are ample parks, grocery stores, and restaurants within a five minute walk, and Geary Avenue even has a burgeoning arts scene. It's not Lower Ossington, to be sure, but the cultural capital of the area is certainly on the rise. 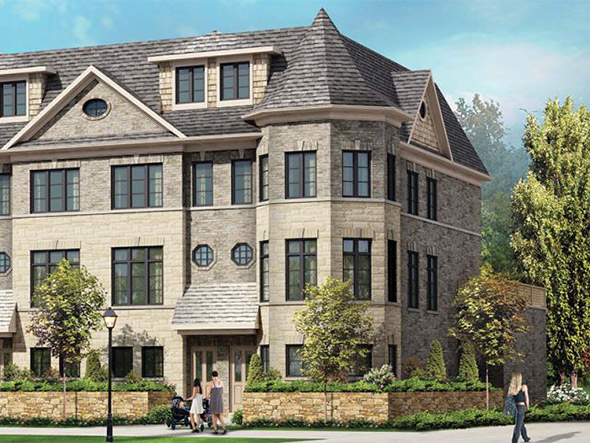