The Taylor Lofts are a new addition to the corner of Carlaw Ave. and Dundas St. E. This shouldn't come as a surprise since Carlaw Ave. has been in the midst of some major condo-facelifting for the past four years as Leslieville becomes an evertrendier neighbourhood. Case in point, The Taylor will be sharing the glory with another condo currently under construction, The Carlaw, with each of them acting as sister projects (both projects were conceived by the same developer).

With only seven storeys that transform into four storey townhouses on the eastern end of the development, this building seems to respect its neighbours by also integrating hints of the industrial past in the area. You have your brown cladding made of Ăko Skin (a low-maintenance concrete slats system) and uneven framed-balcony faĂ§ades, which if you think about it, kind of resemble scaffolding from afar. There will be 96 units ranging from 530 to 870 sq. ft. featuring loft-like 9 ft. exposed-concrete ceilings. 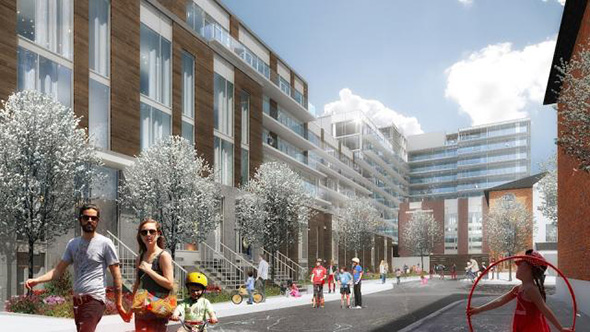 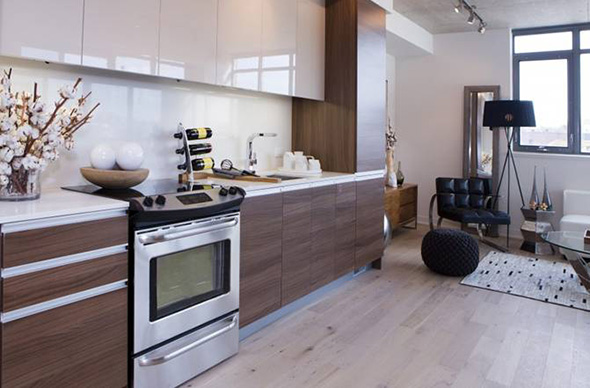 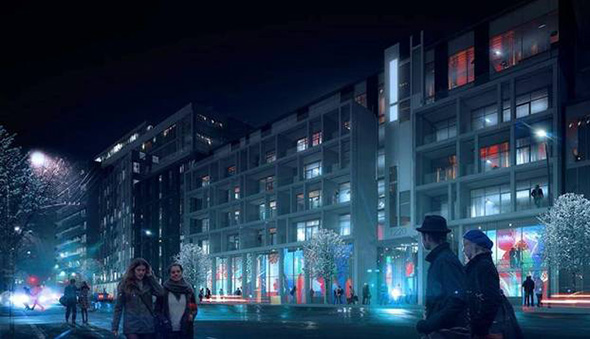 The Taylor achieves a smooth integration with the existing neighbourhood, respecting heights, and materials with a design that's understated and modern. So much thought on the exterior, however, seems to have left out the interior.

There are few and rather small unit options for an emerging neighbourhood, with the largest one at 870 sq. ft. for two bedrooms. Units typically feature poor kitchen counter space, and what's with the small closet in the "master" bedroom? And while on-site amenities won't win any awards here, that's becoming more typical for developments in neighbourhoods with rich retail and dining scenes.