It's the end of an era in Riverside, as Streetcar Developments has bought the Broadview House Hotel. The change of ownership will see the departure of Jilly's strip club, long thought to be a damper on gentrification efforts in the area. Of crucial note in these early stages is that Streetcar, while known for its loft-based condo developments, is saying that it does not intend to go this way with the historic property.

"Although rooted in loft development, Streetcar does not see this building as a residential condominium project," reads a press release distributed this morning. "We are in the early stages of planning, but our focus is to revive this building to a landmark everyone in the area can be proud of." So will this be the Gladstone/Drake East? Concrete plans have, of course, yet to be revealed, but we know that the developer's first priority is to restore to the structural integrity of the building, which has seen its better days. 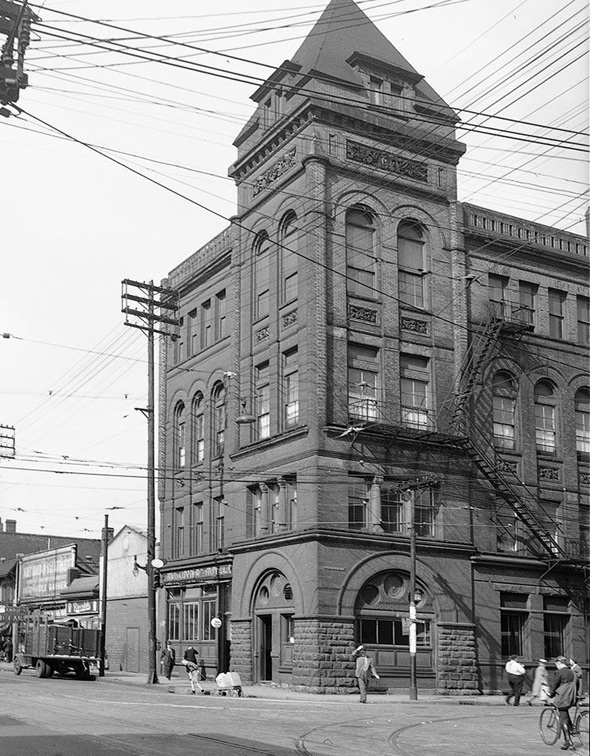 Speculation as to what would become of the building, which dates back to 1893, has been swirling for years. With Jilly's soon to be out of the picture, the property could, once again, prove to be an anchor for Riverside, a neighbourhood that's seen plenty of development over the last half decade. One suspects the growth will only increase now that the old strip club is set to shutter.

As for when Jilly's will actually close, there's no set date, but it sounds like there's at least some urgency to the process of rehabilitating the hotel. "Streetcar is still in early stages of planning and looking at mixed use options but the first priority is safety," a company representative told us by email. "The city has determined that this building is unsafe for habitation so Streetcar is working with the tenant (Jilly's) to ensure the move is as fast as possible and done with care."

What would you like to see become of the heritage property?