Sometimes the City of Toronto gets its graffiti abatement strategy right. Take, for instance, last year's project to spice up 20 traffic signal boxes around the city with murals from prominent street artists. Not only did this initiative add some unexpected art to what are otherwise urban eyesores, the presence of finished work has served to dissuade others from tagging up the utility boxes. Unlike this little bit of idiocy, everybody wins.

Building on that program, today the City announced that it plans to adorn additional traffic signal boxes with what's being referred to as a "graphically attractive, synthetic wrap." That's not the most promising description (graphically attractive?), but things get a bit more auspicious when you learn that artists commissioned to design the wraps are Gary Taxali and the late Moira McElhinney. 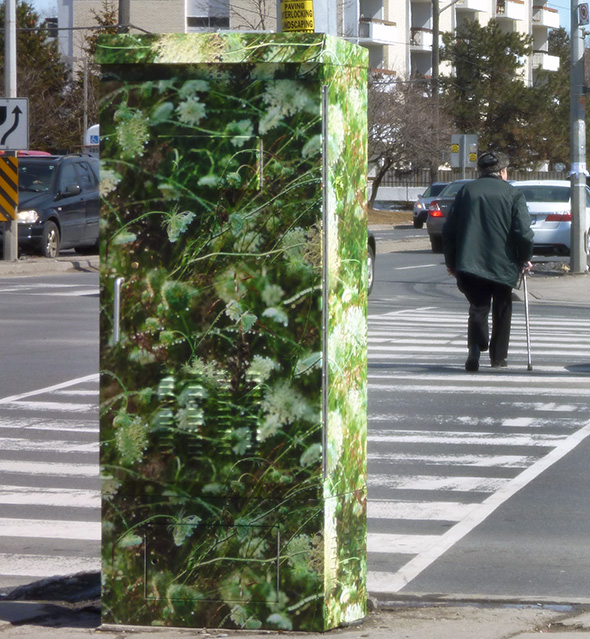 Part of the "Outside the Box" program, the wraps are designed not only to discourage tagging but also postering, which is also graphically unattractive but most people's standards (I kind of like the clutter). The designs are quite as stunning as the murals from last year, but presumably the wrap can be rolled out on a wider scale should the first run of 15 be successful. 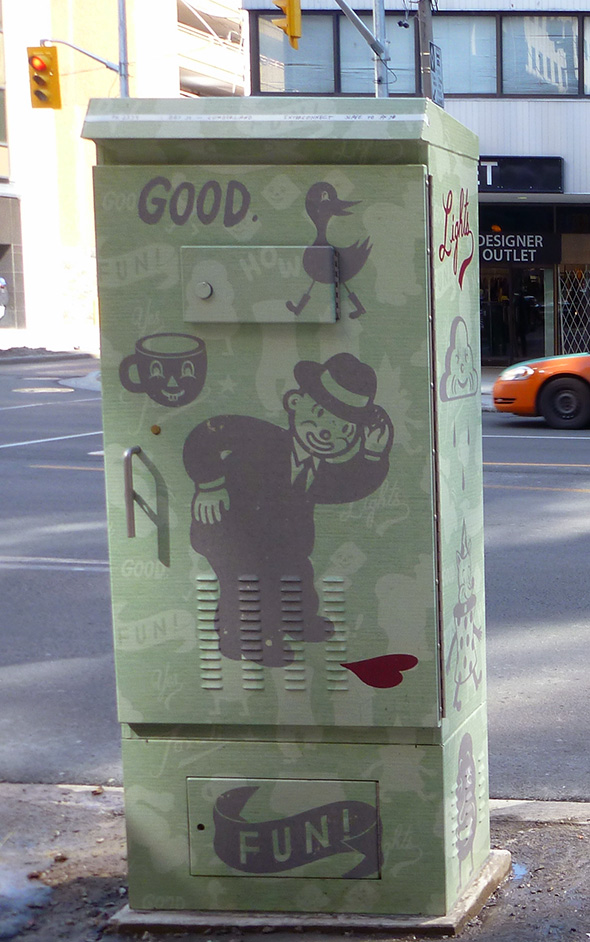 What do you think? Is Toronto slowly learning how to manage graffiti?