Is 34-storeys too high for Sherbourne and Front?

City of Toronto planning staff are still concerned about the height of a proposed Front Street condo complex despite the design being heavily revised over the last year. Despite being asked to trim the height, the design team behind 177 Front Street East have decided to up the ante and pitch three high-rise towers instead of just two.

As it's currently laid out, the massive development includes retail space on the south side of Front and town homes on Lower Sherbourne, The Esplanade, and Princess Street. Three 34-storey towers rise in close proximity around an open-air courtyard off Princess. 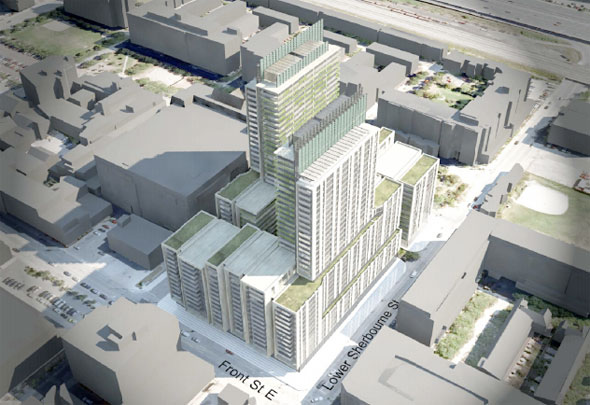 In October 2012, the Pemberton Group released its initial concept for the entire city block between Front, Lower Sherbourne, Princess, and the Esplanade that included two 30-storey residential towers and a 13 to 17-storey podium. City staff expressed concern about the height of the towers and the surrounding block, which would have dwarfed practically all the nearby buildings.

The area is currently home to an Acura dealer and a Sobeys supermarket. Historically, the block was used for industrial purposes. In 1880, companies making machine oil, industrial chemicals, and soap had buildings there alongside a coal merchant and a coffee and spice import business.

The new proposal, which also reduces the height of the podium, was the subject of a design review panel discussion last month. The group agreed that, although the lower floors of the proposal looked promising, the height and placement of the high-rise residential components were unacceptable. 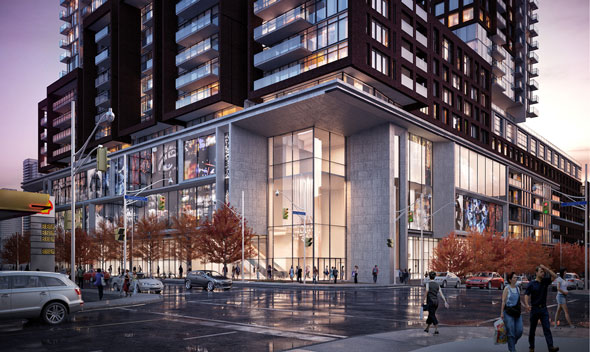 The panel said the proximity of the towers, which currently breach the city's tall building guidelines and are at least two times taller than nearby approved projects, would appear as a single mass and shadow source. For comparison, the Globe and Mail building currently under construction at King and Berkeley is set to top out at 17 storeys.

As such, the design is "wholly incompatible with historic and approved built form," they said. A vote of 5-0 invited the developer and architects to completely overhaul the proposal.

Did the DRP make the right decision? Is this development too big for the neighbourhood? What would you change? 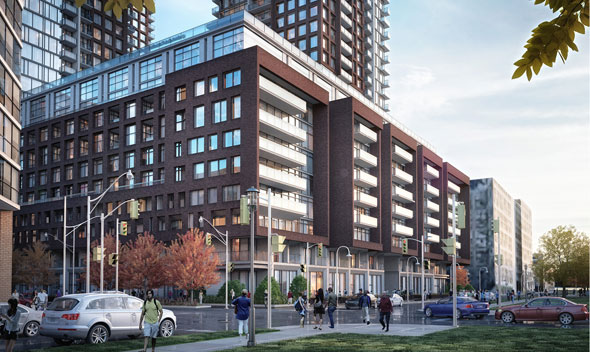 Northeast from the corner of Lower Sherbourne and The Esplanade. 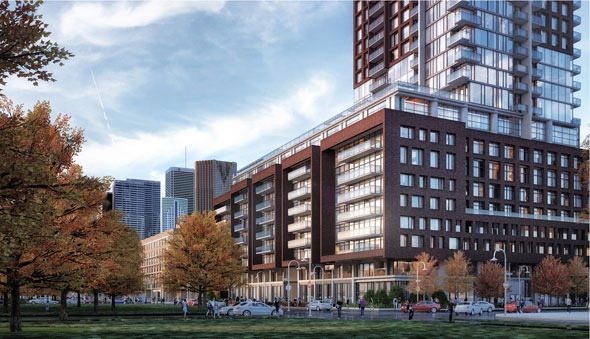 Northwest from Princess and The Esplanade.