There was a time when Toronto was a wild west of zoning, a free-for-all where industry and residential areas sat side by side, especially where railway lines cut through the city, leaving spurs and sidings along their path. Wagstaff Drive is one of those little industrial pockets, its long, low buildings bordered by railway tracks out back, their front doors facing the garages and backyards of a row of homes. 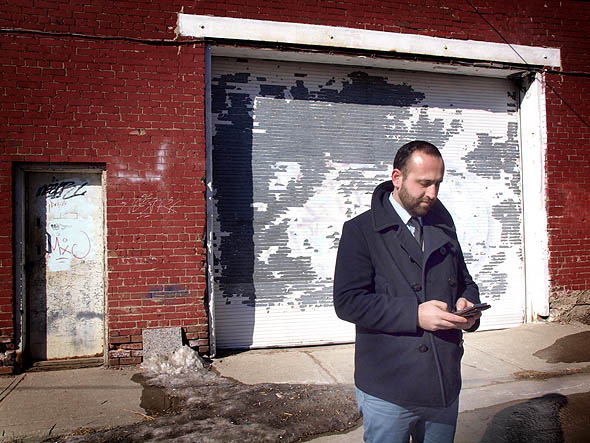 Real estate agent David Shirazi Rad discovered Wagstaff Drive when he was helping the people behind Te Aro Coffee find a new place to run their coffee roasting business. Unrenovated industrial spaces have become scarce downtown, but Rad came across Wagstaff Drive just off of Greenwood Avenue, just south of the TTC's Greenwood subway yard, in an area that real estate agents dispute as either being part of Riverdale or Leslieville. 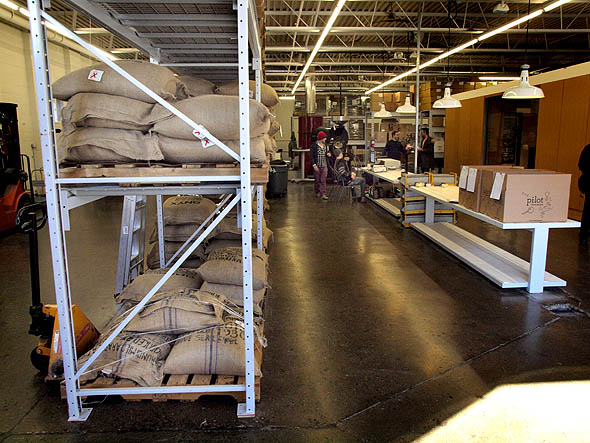 50 Wagstaff Drive looked abandoned - 12,000 square feet that once housed a roofing business, the contents of which filled 42 containers when the new owners took over and began renovation. The vast space turned out to be too big for Pilot Coffee Roasting, so Rad found another tenant for the other half of the building that perfectly complimented Pilot - Sloane Tea, a tea importing business run by tea sommelier Hoda Paripoush. 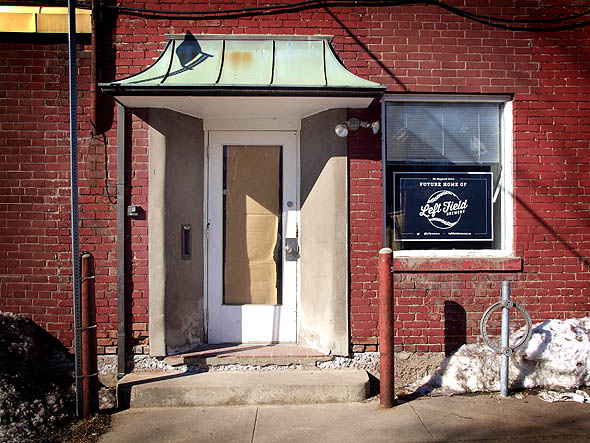 The next building down the row, #36, was also empty, and had once been occupied by another roofing business and a children's gymnastic school. Rad used the fact that Wagstaff Drive is surrounded by five public baseball diamonds to help sell Left Field, a microbrewer, on taking over half of this 12,000 square foot space. They held an open house to introduce themselves to the neighbourhood in late January, and saw almost 1,600 people join the party. 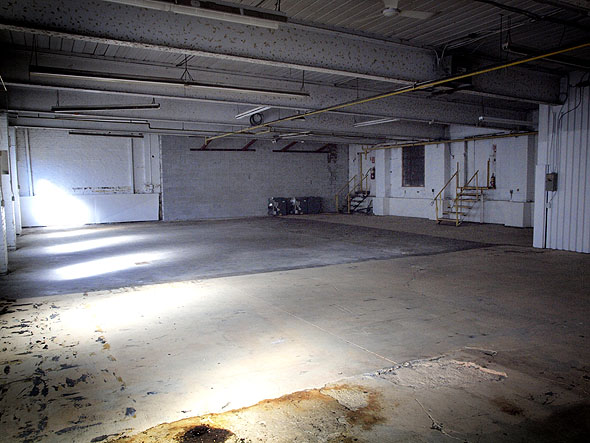 The other half of the space will be home to a restaurant project that's still looking for a chef. Rad says that there's been interest from a famous but unnamed Montreal chef, but that a local restaurateur is also looking at the huge, open space, which will also feature several potential outdoor spaces on the roof, in a covered courtyard and in the alley between buildings. The owner has also bought several microgreenhouses made by BC's Urban Cultivator, and plans to rent out space in their high tech growing pods for locals to grow herbs and other small greens year round. 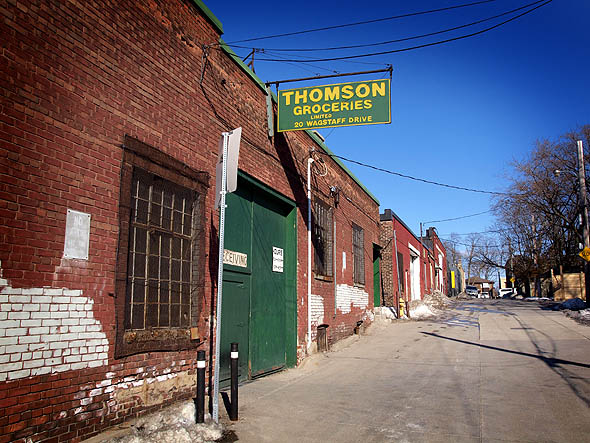 The next building down Wagstaff is even bigger than the other two - 25,000 square feet in a sturdy warehouse building currently occupied by Thomson Groceries, a wholesaler in business since 1931. Rad is still negotiating for a new owner to redevelop the space, which Thomson will still occupy while the outside is renovated and potentially redeveloped to host a farmer's market.

The final lot at the end of Wagstaff hasn't been built on - another 25,000 square feet of parking lot and fenced-in storage yards. Rad has a lot of ideas for this space, including an Airstream trailer hotel, but it'll likely be the last stretch of Wagstaff to be redeveloped. Rad says that it would have been easier to try to turn Wagstaff into a stretch of condos or townhouses, but it's one of Toronto's few remaining employment areas, and retaining it as such was a priority. 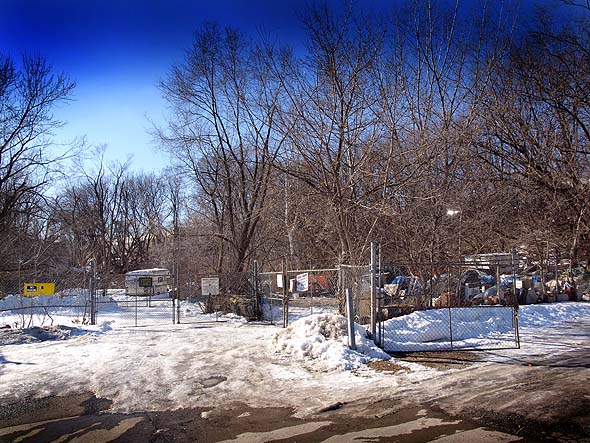 Redeveloping old industrial buildings like those on Wagstaff is a bit of a risk, Rad explains. Banks don't like to lend money up front, so they get bought as a cash sale, with mortgages used for renovation. This is also where real estate brokers and agents get to be creative - finding diamonds in the rough and assembling owners and tenants willing to share in a vision for how they can be transformed. Wagstaff Drive, he tells me, had so much potential that he knew it wouldn't be hard to get partners on board. "Our goal," he says, "was to change this lane."