The history of the Campbell House museum move across Toronto

Walking west on Queen Street past University Avenue you'll encounter a perfectly normal looking Georgian building, which if you didn't know its story might seem as though it was somehow spared redevelopment over the years if only because of its proximity to Osgoode Hall.

In fact, the house was originally located at Adelaide and Frederick.

Built in 1822, its one of the best examples of what buildings used to look like before the Town of York became Toronto. It's also a structure that the City of Toronto took significant measures to preserve at a time when this was a rarity. 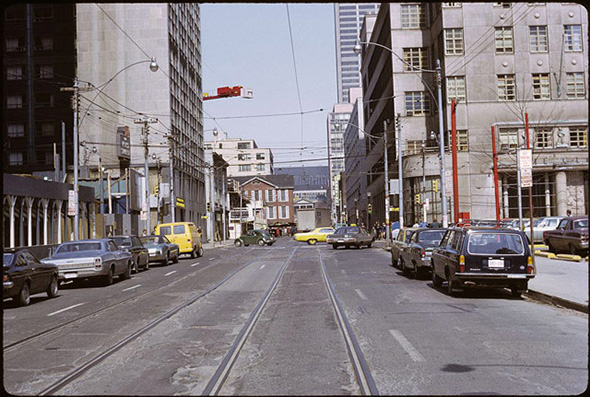 Campbell House being moved through the streets in 1972.

How did this all come to pass? Well, the building was uprooted and plopped in a new location so as to save it from being demolished.

On March 31st, 1972 Campbell House was moved through streets of Toronto on a flatbed truck while a throng of interested viewers took in the spectacle.

It took over six hours to make the one and half kilometre journey to the new site, the majority of which took place along Adelaide Street, which was stripped of traffic lights and low-hanging Hydro lines in preparation for the move. 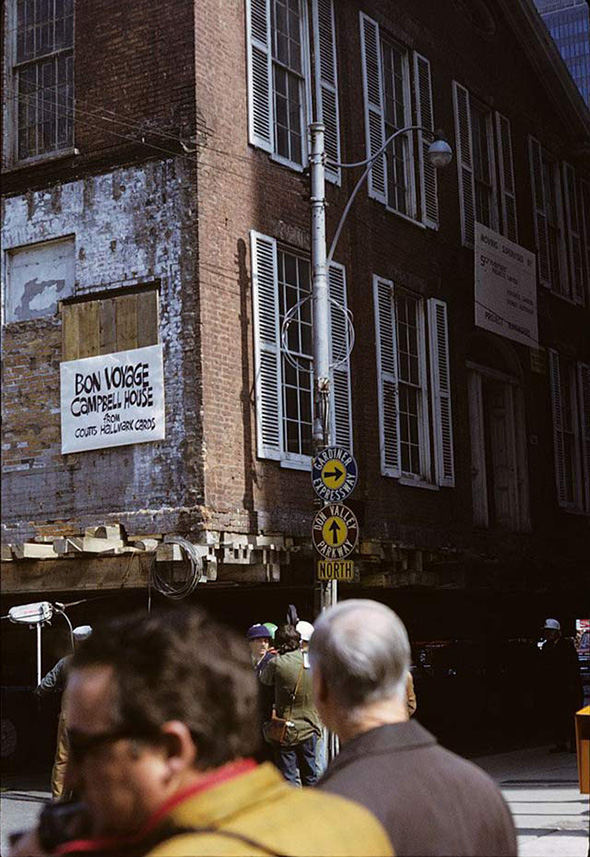 When the last owners of the building prior to its move announced plans to demolish Campbell House, a Lawyer's group called the Advocates' Society took on the case, but they needed significant help from the City.

One of the perks the group received was a tax-free provision for the property at the northwest corner of University and Queen, something which not every councillor was in favour of.