What's next for the Heydon House at Old Weston Road?

While it's neither grand nor particularly well-preserved, what remains of Heydon House today makes the forlorn intersection of St. Clair West and Old Weston Road where it's sat for over a century seem somehow shabbier. Once a boisterous railway hotel with a dodgy reputation, now a grimy apartment building, Heydon House is rumoured to be a target for redevelopment, as part of a number of schemes to try and revive the fortunes of the streets adjacent to the landmark building.

There was a hotel on this corner before Confederation, but the current red brick building with its name spelled out in ornamental terracotta over the front door of the variety store on its ground floor was built around 1890. It was designed by architect James Ellis, who also drew up the plans for most of the public buildings in the nearby West Toronto Junction, including the library and Masonic Temple, several churches and a synagogue. 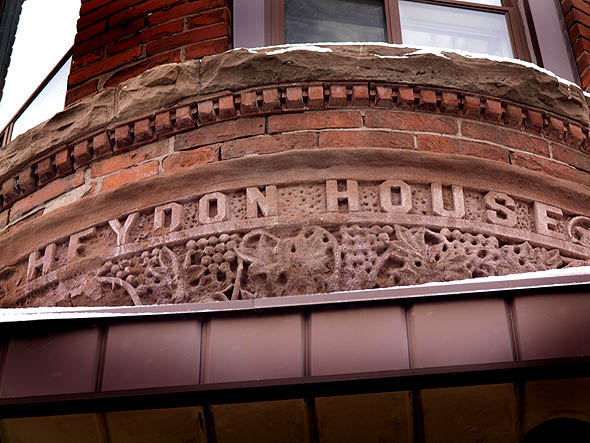 The stretch of St. Clair West from Winona to Jane has little in the way of heritage buildings - just two, including Heydon House and St. Clare's Basilica at Dufferin. As a hotel, Heydon House boasted a ballroom, and dining room and a tavern, and hosted cockfights in the ballroom until the police forced them to take place clandestinely in the hotel's attic. It was also the scene of an infamous brawl in 1903 between workers from the stockyards to the west and railwaymen from the train depots to the south that ended up clinching the vote to make the Junction a "dry" area - a ban that lasted until 2000. 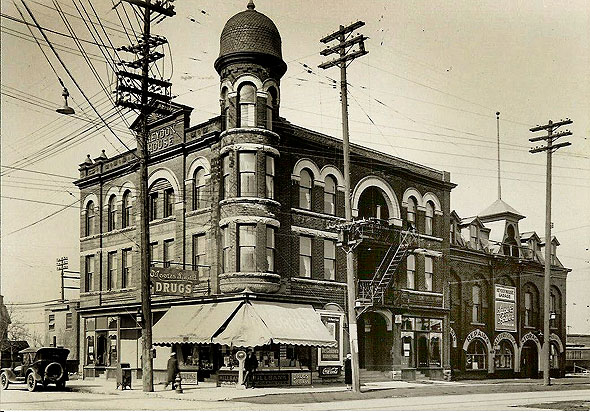 Prohibition ended up putting the hotel out of business, and by 1911 Heydon House was a rooming house. The cupola on the turret and the roofline sign were taken down by 1951, by which point the building was an apartment house. It was an unfortunate loss, part of the wholesale harvesting of cupolas and roof ornaments all over the city, but the renovations did replace the balconies and fire escape over the entrance on Old Weston Road with a far more dramatic window spanning all three storeys. 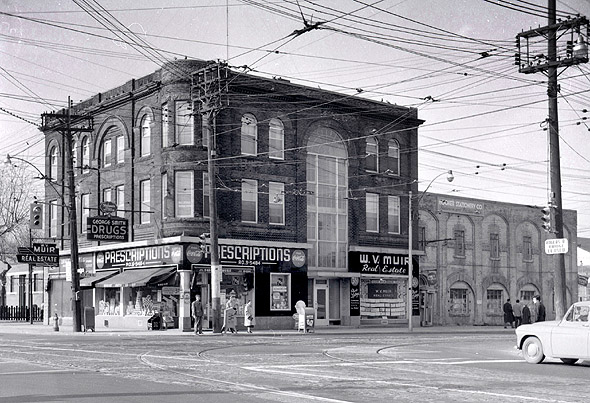 Plans to redevelop Heydon House came to light last year, when Ward 17 councilor Cesar Palacio held public meetings to consult on the future of the building and the adjacent area. Officials in the city planning department confirm that the owners have submitted drawings for an extensive renovation of the building, but that nothing more formal has been discussed.

While details are sketchy, it would appear that Heydon House is likely to be given what historical preservation activists call a "facadomy," where exterior walls will be retained but the building behind it, which has been landmarked since the '80s, will be demolished.

"Whatever happens there, the facade of the building has to be preserved," Palacio tells me. "All the elements of the historical aspects are maintained - there's no negotiating that."

Whatever happens to Heydon House, it likely won't happen too soon, but all four corners of the intersection have been targeted for increased density by the city's avenue study. On every side of the old hotel, empty lots and moribund storefronts make for a desolate streetscape, but the biggest change that's likely to happen to St. Clair and Old Weston Road in the next few years is the widening of the underpass beneath the bridge just a few hundred yards to the west, where the Brampton GO line currently runs, and the new express line to Pearson is being built. 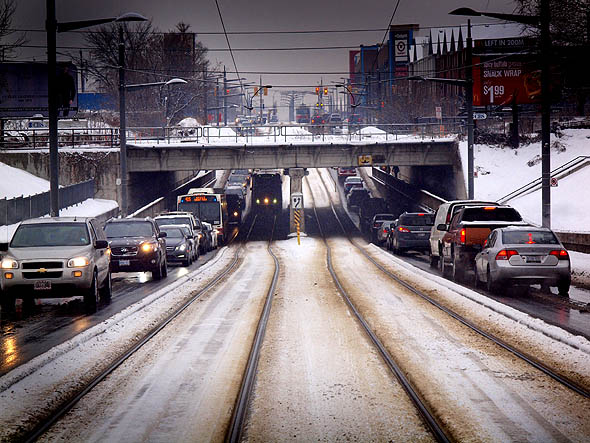 Widening the bridge at Keele Street was supposed to happen during the agonizing construction of the St. Clair streetcar right of way, but that project's endless delays pushed it off the table, despite Palacio's warnings that it would create a traffic bottleneck. With a huge new supercentre about to open on the old stockyard lands by Keele, traffic is only going to get worse, but Palacio has gotten $42 million earmarked for the widening - pending the usual rounds of consultations, environmental assessments and public meetings. 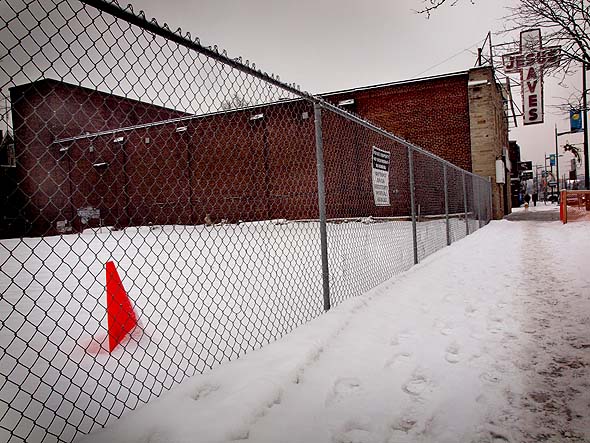 Even when the underpass excavation goes ahead, redevelopment of the corners by Heydon House will have no shortage of further obstacles. To the east, a long-vacant lot next to the Faith Impact Ministry's storefront church with its iconic "Jesus Saves" sign has to be remediated. Owned by Imperial Oil, the lot has had its environmental assessment, and work seems about to begin in the spring. 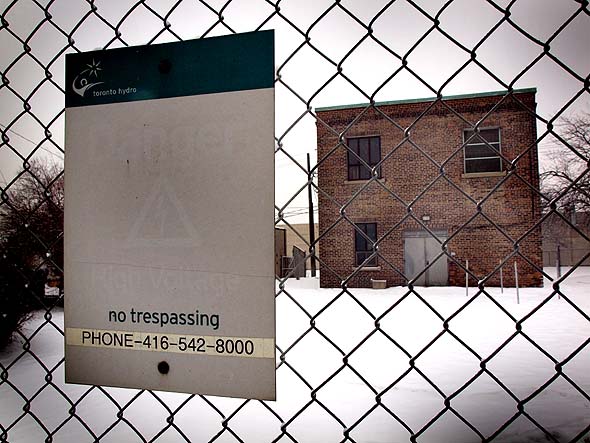 The corner also hosts some stubborn pieces of infrastructure. To the west of Heydon House, two power substations - one owned by Toronto Hydro, the other by the TTC - colonize a stretch of St. Clair, while Heydon House itself, the tallest building in the area, has a small forest of cell phone repeaters on its roof, which would need to be moved before renovations begin.

The TTC owns several plots of land at the intersection, including an empty lot across the street that was once a bus loop. It's an eyesore that Palacio is trying to get beautified, but he can't do much about the used car lots, the auto body shops and the huge cheque cashing storefront that took over the gas station kitty corner from Heydon House, all of which give the area its low rent vibe.

The liveliest businesses on the corner - Delta Bingo and the West Toronto Flea - are exactly the kinds of places that would be forced out if St. Clair and Old Weston ends up seeing the "huge change" that Palacio predicts for the area. Considering the obstacles that need to be overcome, it might be many years before the corner throws off the gritty, dubious reputation it earned when Heydon House was the scene of cockfights and brawls.