The first post office in Toronto dates back to 1833, though three others preceded it in the Town of York. Located on what was then known as Duke Street, the structure still stands to this day at 260 Adelaide East (and functions as a post office, no less). While we take it at least somewhat for granted today (and await reduced service in urban areas), the postal service played a crucial role in Toronto's growth into a bonafide city.

As such, despite the modesty of the earliest postal stations in York, the structures built in the mid 19th century were grand to say the least. Perhaps the best example of this is the General Post Office, formerly located at 36 Adelaide Street West at the top of Toronto Street. Designed by Henry Langley between 1869 and 1873, the ornate building was the centre of postal operations in Toronto, and had the stature to go with such an important role.

The building was idiotically demolished in 1958, which was around the time that Toronto began to purge itself of many of its finest old buildings. The post offices of the mid-20th century naturally lack the pomp of those from a century before: they're typically pared down, pragmatic affairs. The last of the truly grand postal buildings to be constructed in Toronto was the Toronto Postal Delivery Building (1941), the facade of which is preserved on the east side of the Air Canada Centre.

Although not particularly ornate, its art deco exterior and large size were a reminder of the importance conferred upon postal operations in this city and beyond. Here's a look back at the glory days of the post office in Toronto. 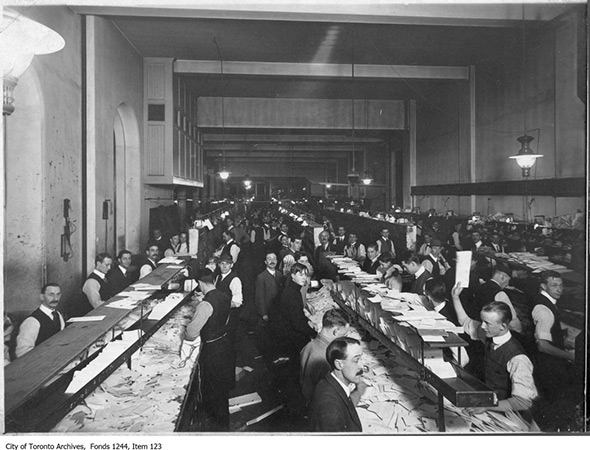 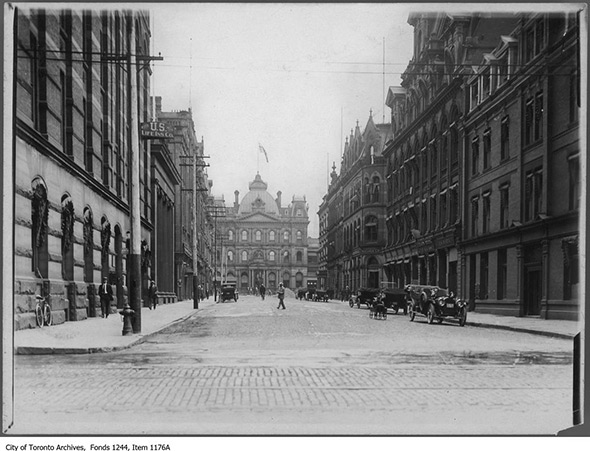 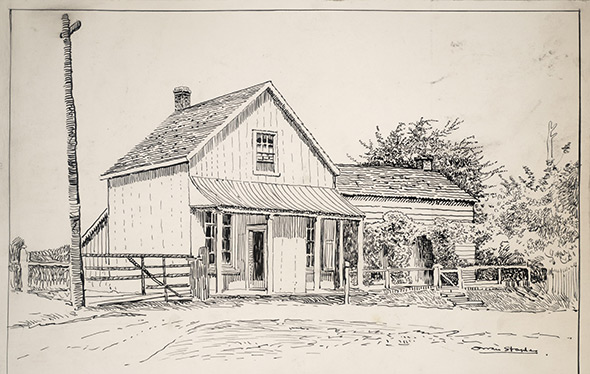 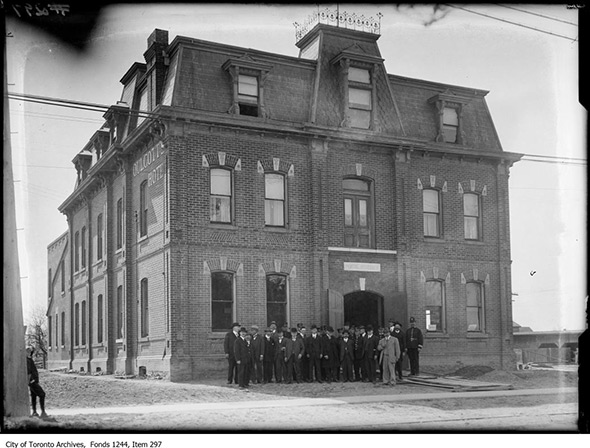 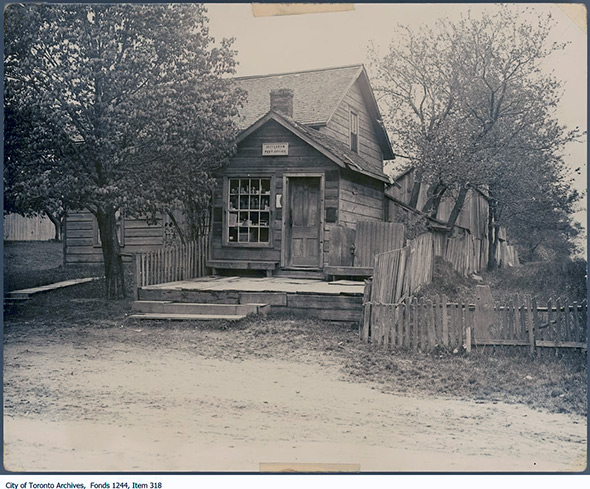 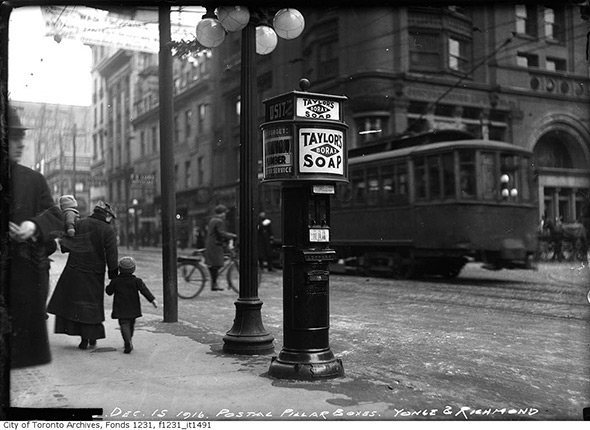 Postal pillar near Yonge and Richmond, 1916 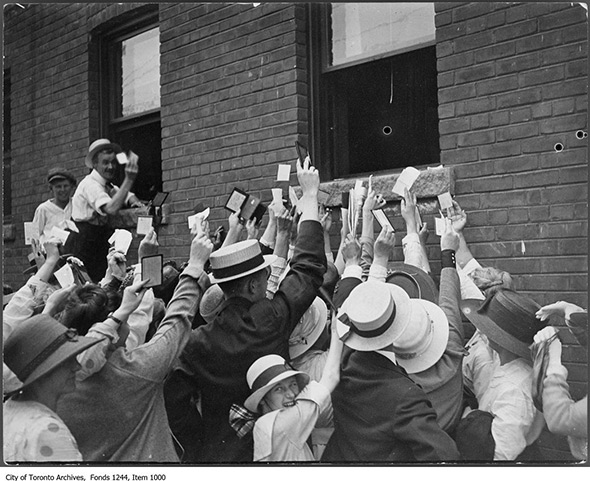 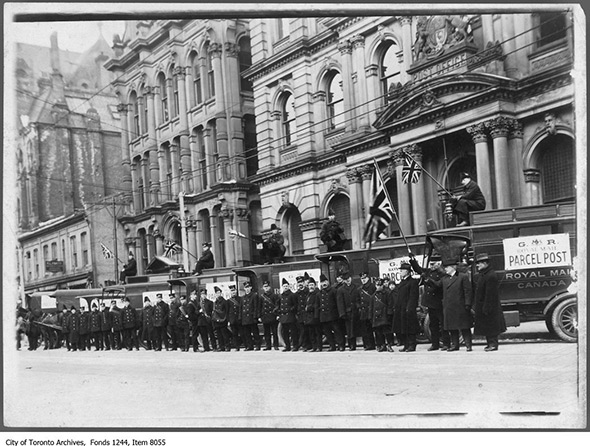 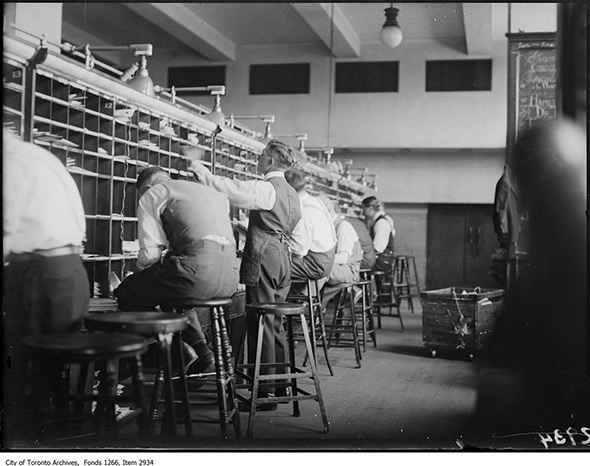 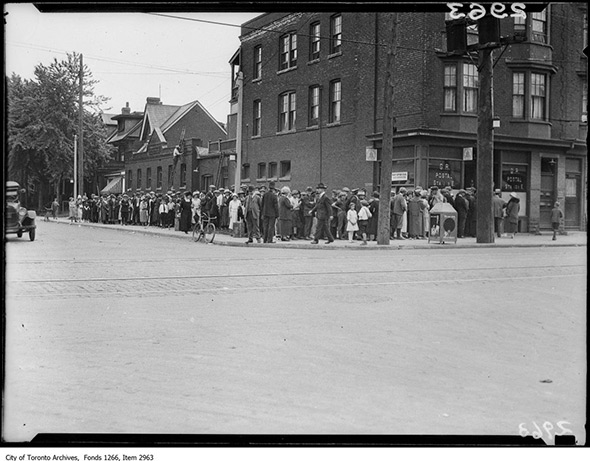 Waiting for mail after postal strike, 1924 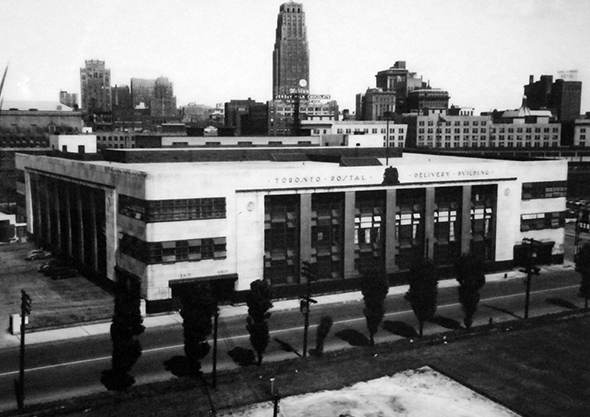 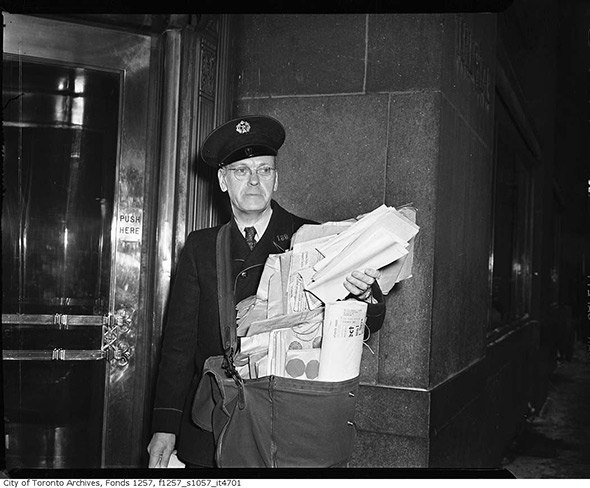 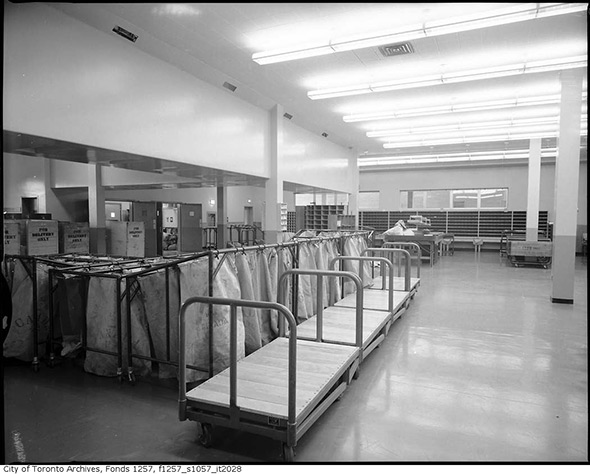 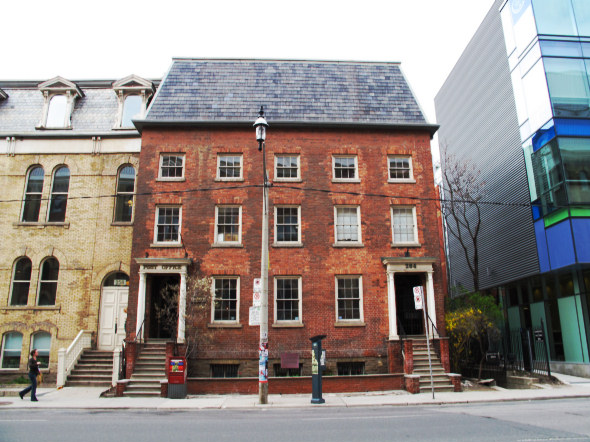