What Sherbourne Street used to look like in Toronto

Sherbourne Street is about as diverse as they come, from the stately Rosedale mansions at its north end to the towers of St. James Town to the last bit of industry that hangs on near its southern tip at the lakefront. It's also one of Toronto's older streets, being one of the original thoroughfares in the town of York, the central hub of which was located east of Yonge in and around where the current day St. Lawrence Market sits.

Named in 1845 by Samuel Ridout after the town of his origin in England, Sherbourne would eventually grow into a street that housed the well established throughout much of the 19th century. Although not as opulent as Jarvis Street to the west (or at least through the stretch south of Bloor), it was nevertheless a desirable and rather pretty place to live. That would eventually change in the mid 20th century when the affluent left the area, larger houses were divided up, and eventually public housing was built in the form of the St. James Town in the 1960s.

Like many older Toronto streets, Sherbourne carries a significant industrial legacy. In the late 19th and early 20th centuries the Polson Iron Works were located at the foot of the street (this despite the current location of Polson Pier to the southeast), where huge steamships and dredgers were built, as well as a few other more bizarre nautical contraptions. The shipyards would close up in 1919, though the waterfront would remain largely industrial for years.

Today, Sherbourne is a street in transition. Where once there was industry, now there is sweeping redevelopment of the waterfront area. It's the first street in Toronto to receive dedicated bike lanes, and there are cautious signs of gentrification in an around Dundas and Sherbourne, an intersection notorious for crime. 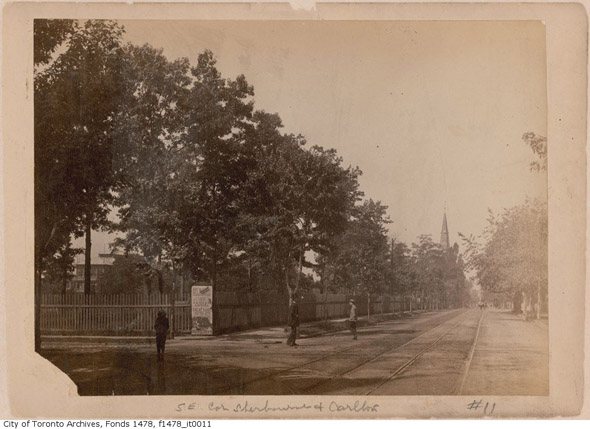 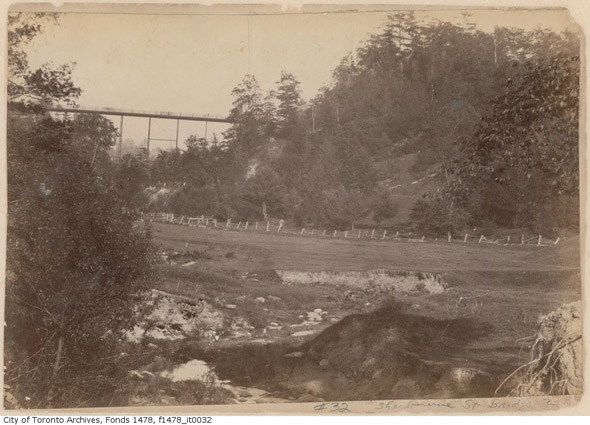 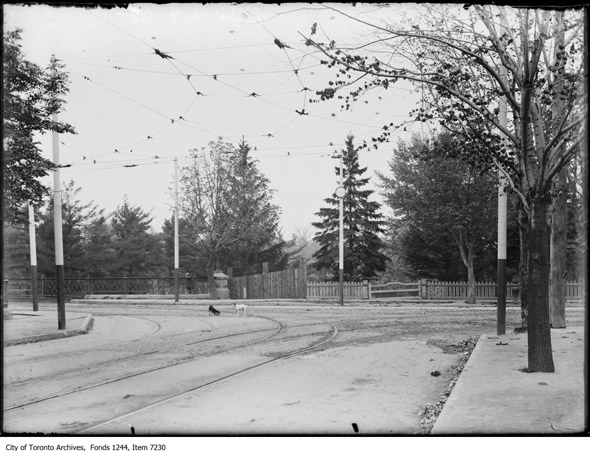 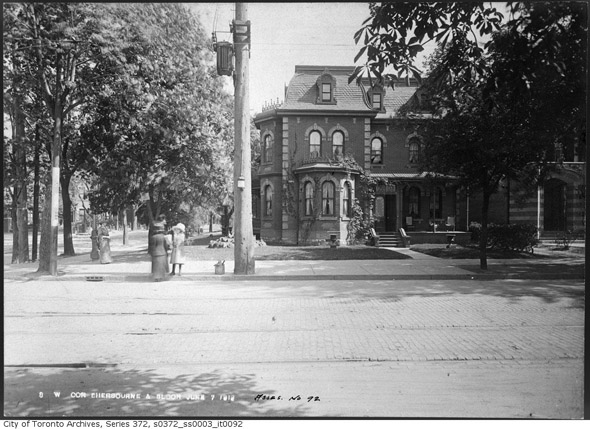 Southwest corner of Sherbourne and Bloor, 1912 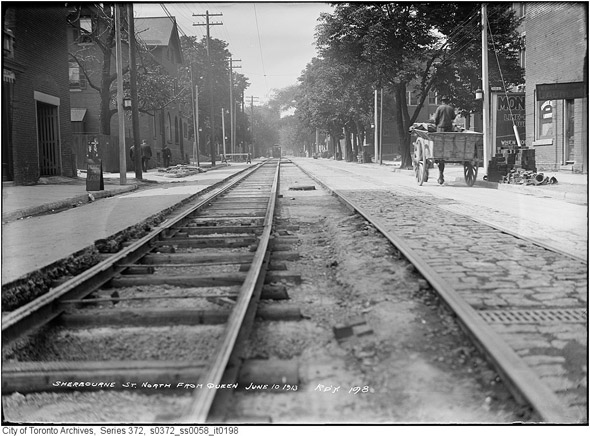 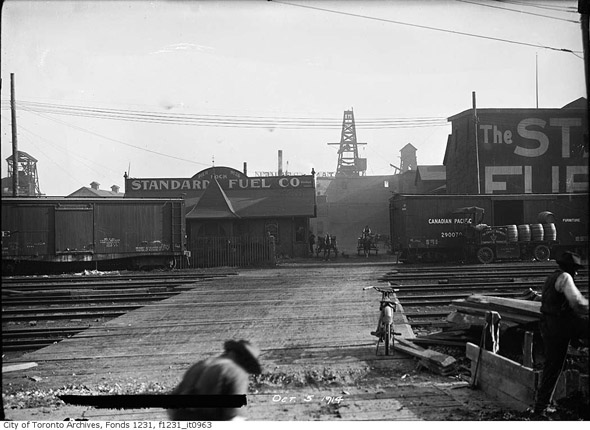 Polson Iron Works at the foot of Sherbourne, 1914 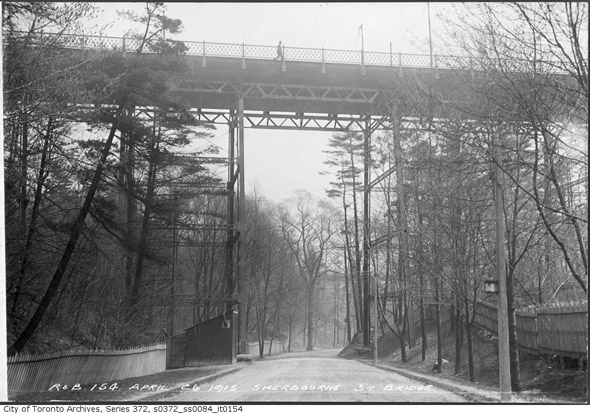 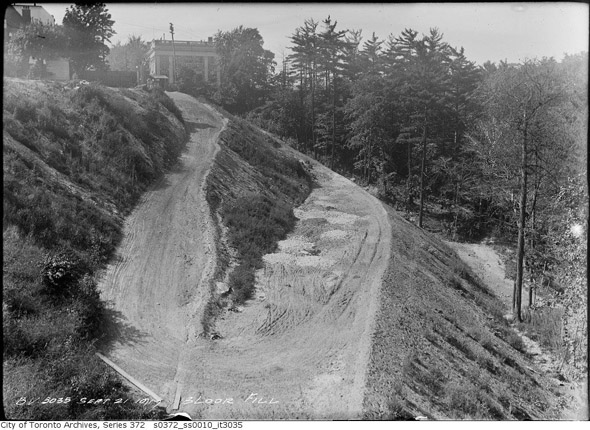 Filling in the valley near Bloor and Sherbourne, 1917 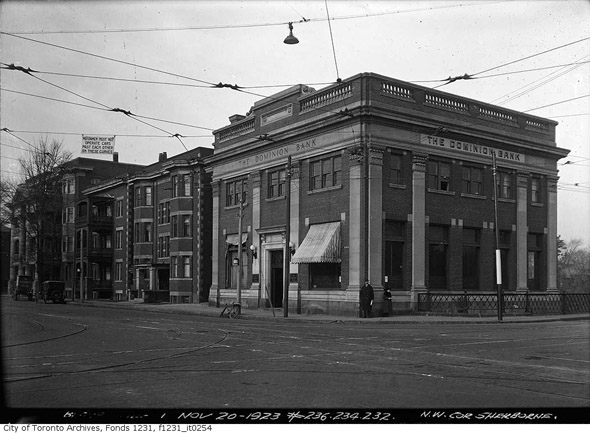 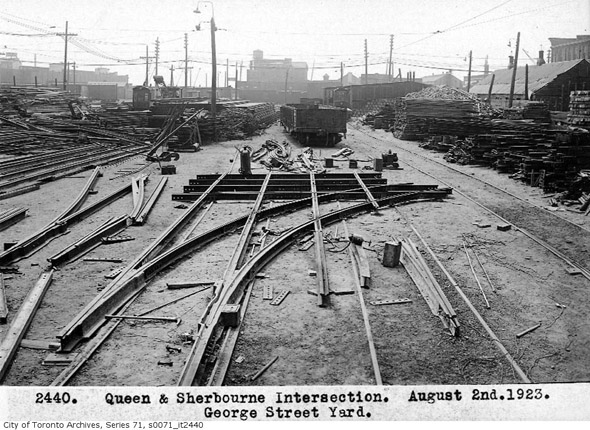 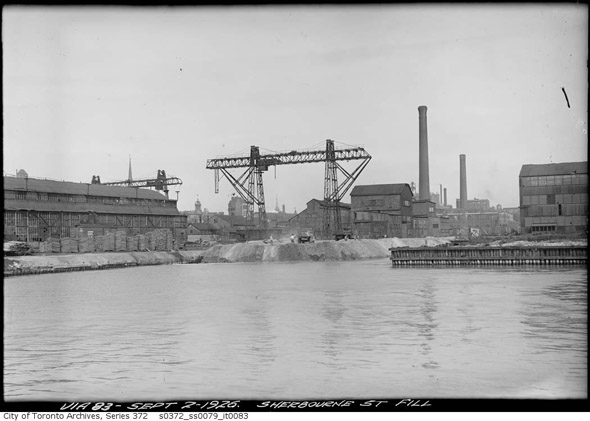 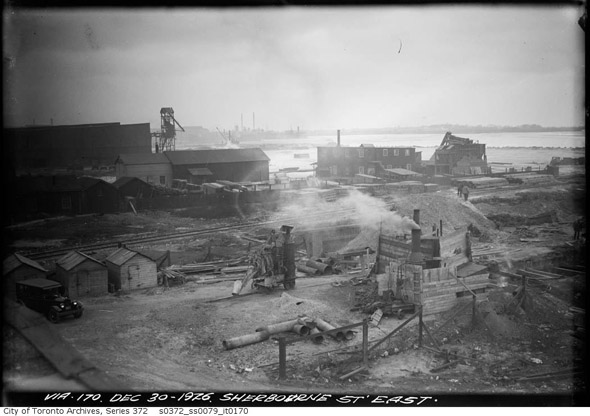 Industry at the foot of Sherbourne, 1926 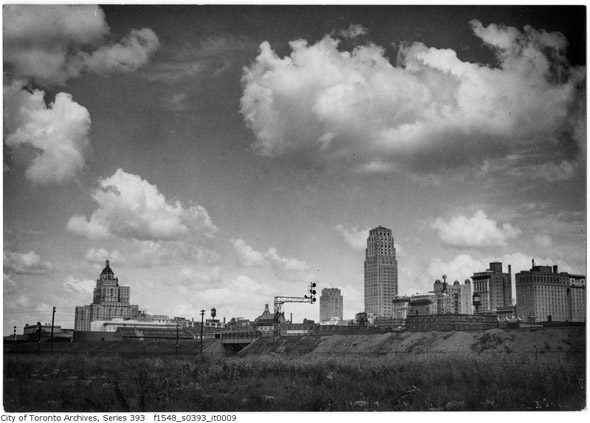 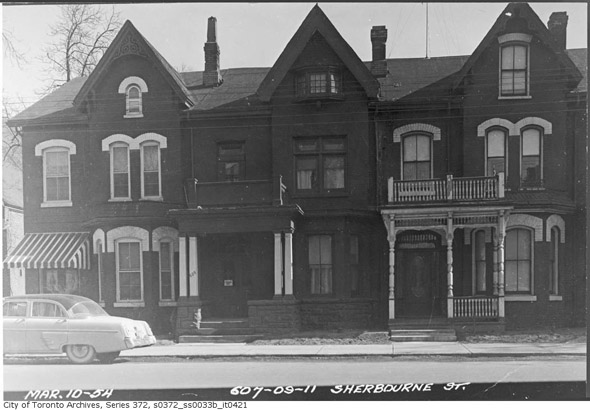 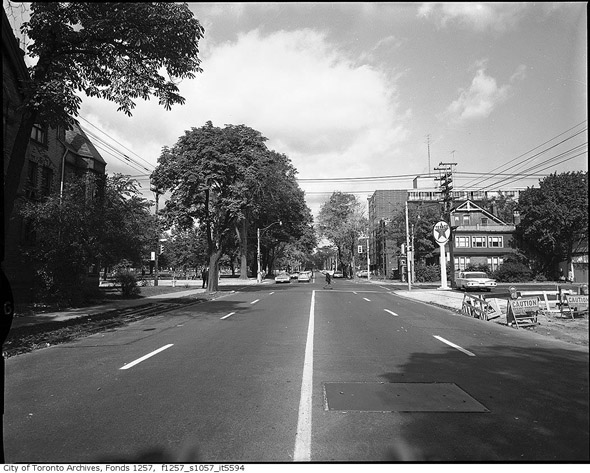 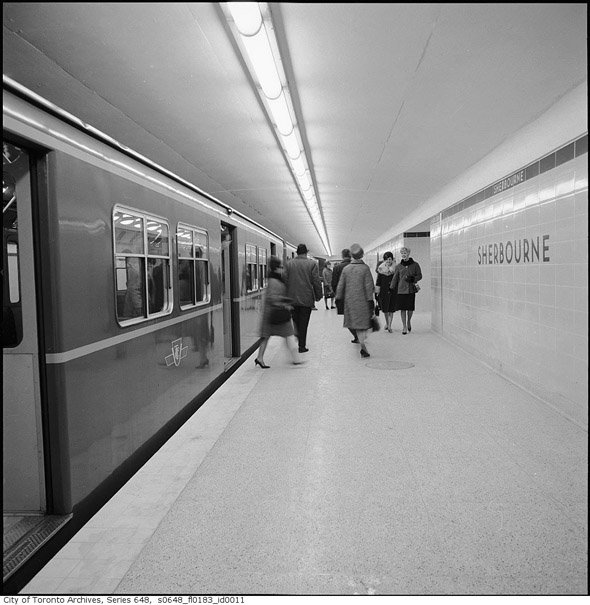 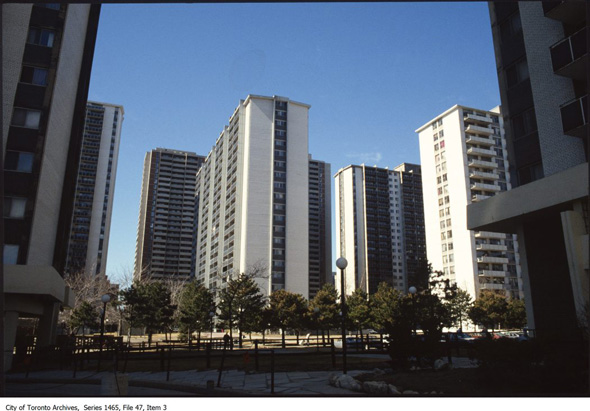