What Dufferin Street used to look like in Toronto

Dufferin Street might not conjure much positive nostalgia for riders of the 29 bus as it slowly plods its way to and fro on the pot hole-strewn road, but it is, of course, a stretch filled with rich history, from the presence of the CNE at its southerly tip to the Queen Street Subway to the long gone racetrack south of Bloor. Named after Govener General (1872-1878) Frederick Hamilton-Temple-Blackwood, 1st Marquess of Dufferin, the street was one of the original concessions running north from Lot Street (now Queen). Although mostly rural north of Bloor at the turn of the century, the area around Queen and Dufferin was already a hub of activity in the late 1890s.

So much so, in fact, that the city decided that the level railway crossing at Dufferin and Queen was no longer viable based on traffic delays and overall safety. The construction of the Queen Street Subway - often referred to as the Dufferin overpass - resulted in a 100+ year jog in which drivers and cyclists had to divert to Gladstone before returning to the street north or south of the rail bridge. While the overpass still remains, the jog was (thankfully) eliminated a few years ago.

Current construction on the street involves the replacement of the bridge near the entrance to the CNE grounds, a structure that dates back to 1911. Dufferin meanders as it reaches its southerly tip on account of the fair grounds, which hosted the Exhibition as early as 1879. Not much remains from this period, but the Ex is still going strong some 130+ years later.

If there's one bit of of the street's history that not too many people know about, it's the racetrack that once sat where Dufferin Mall does today. Opened in 1907, the track was a popular destination until its eventual demolition in 1955. Needless to say, it served as the prefect site for a mall as the land on the west side of the street was almost entirely undeveloped south of Kent Public School. Not everyone will consider the current occupant an improvement, but at least Dufferin Grove Park has been preserved for all these years. 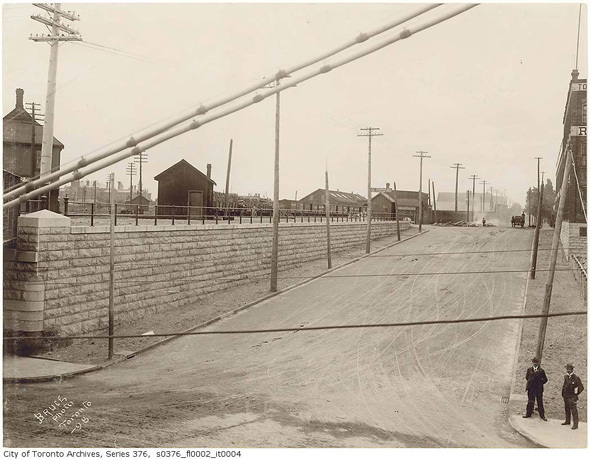 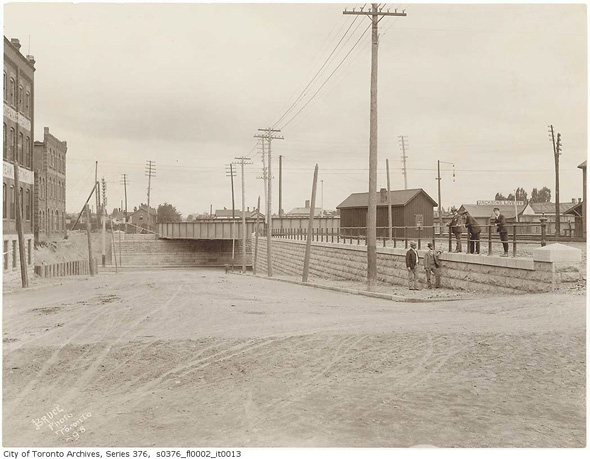 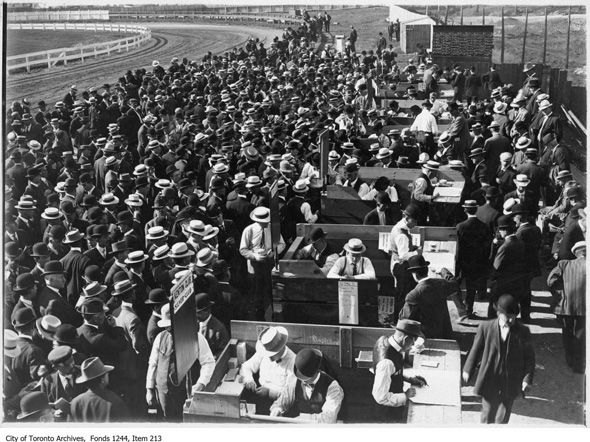 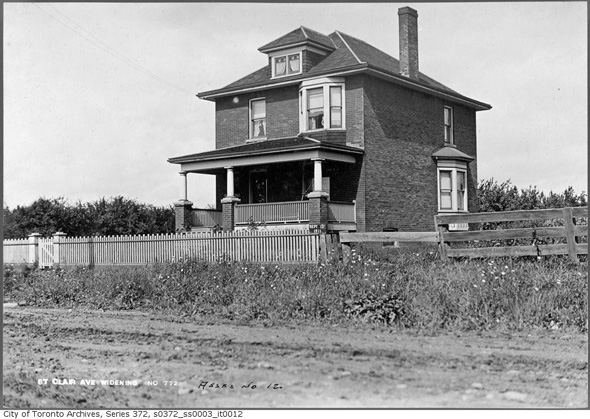 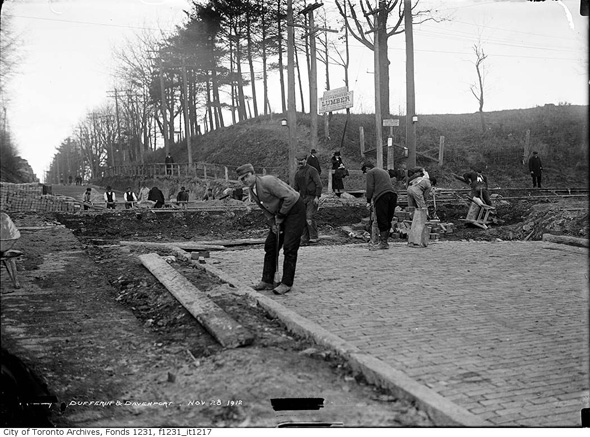 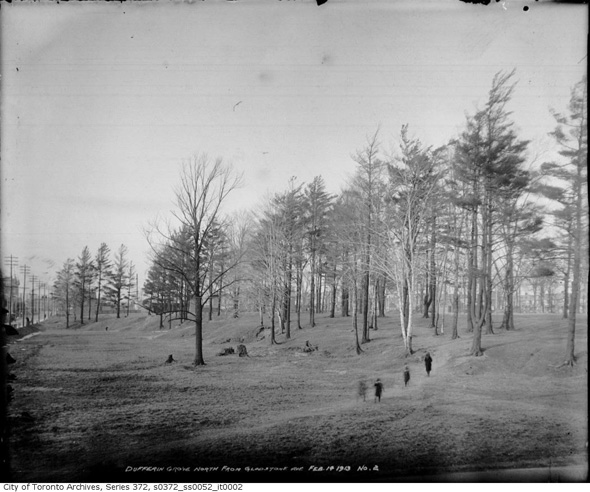 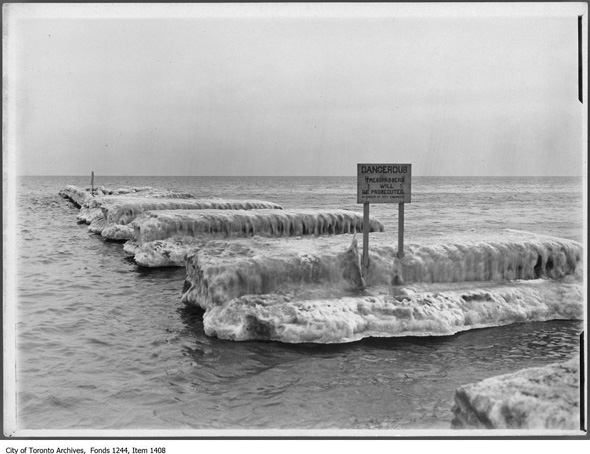 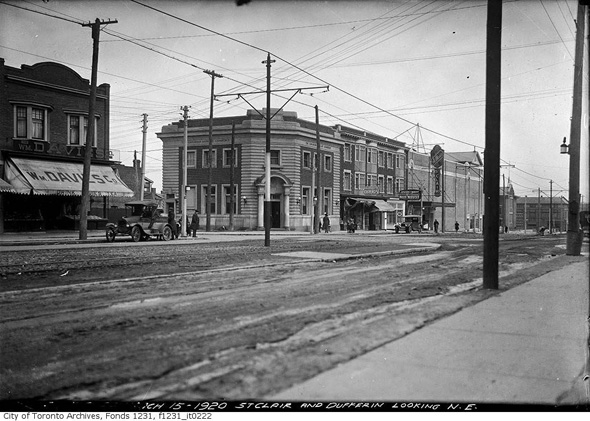 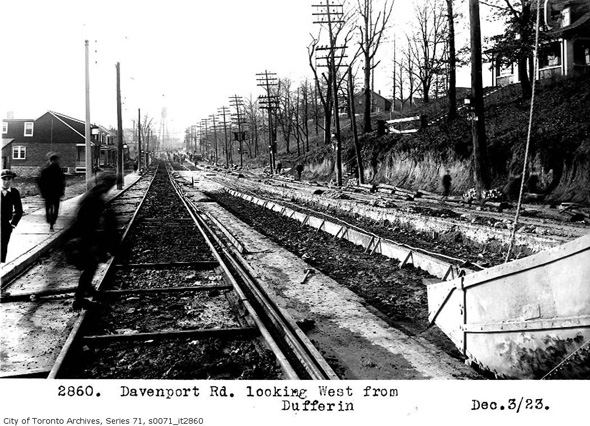 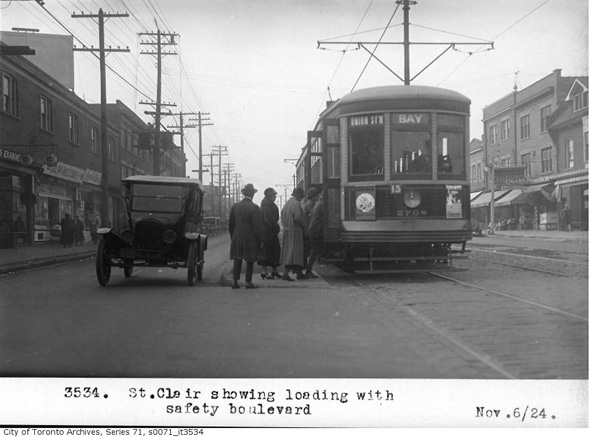 Streetcar at Dufferin and St. Clair, 1924 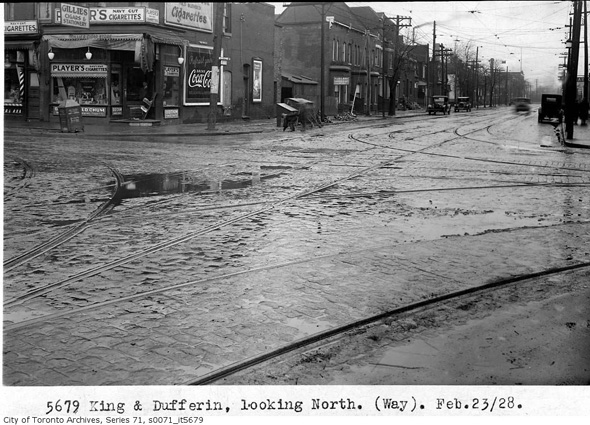 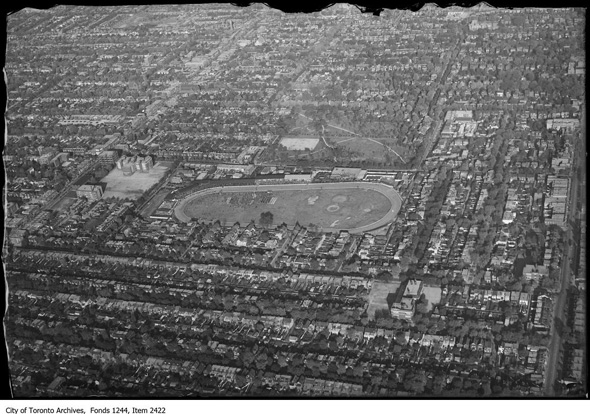 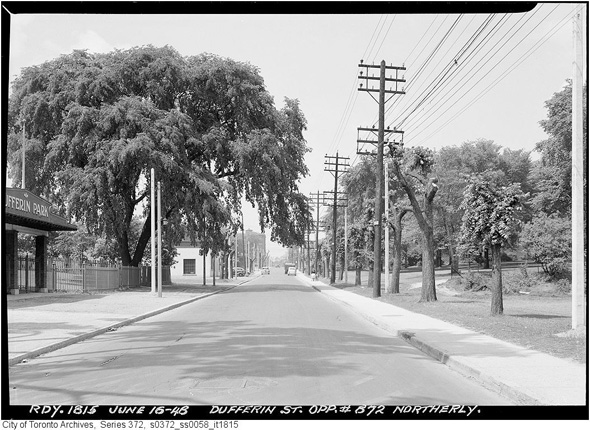 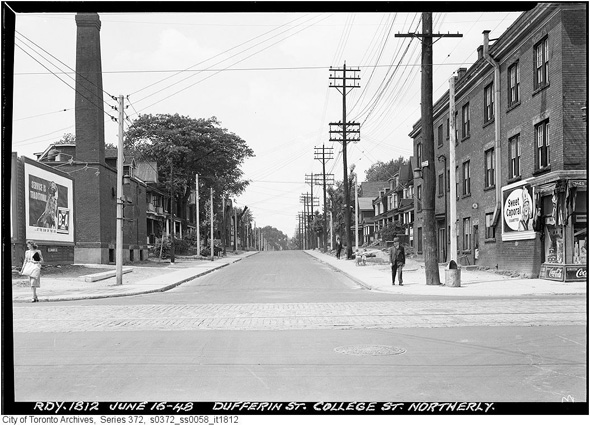 Intersection of Dufferin and College, 1948 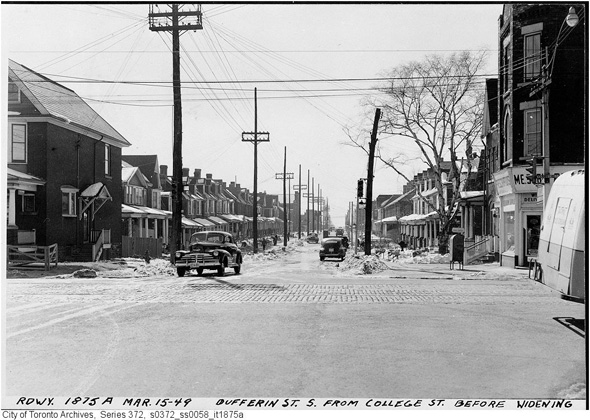 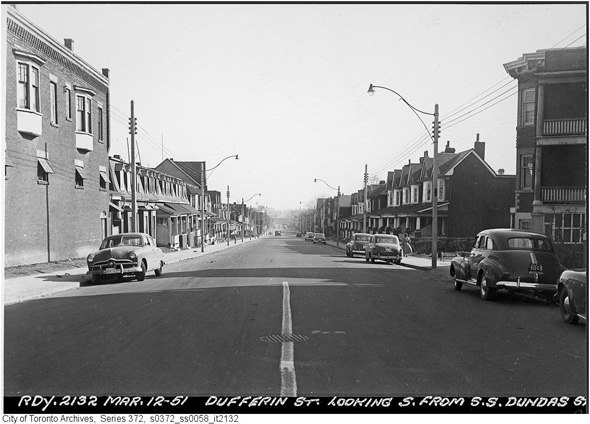 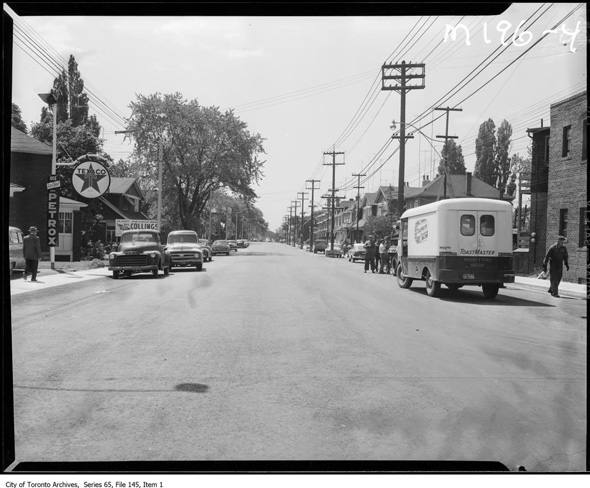 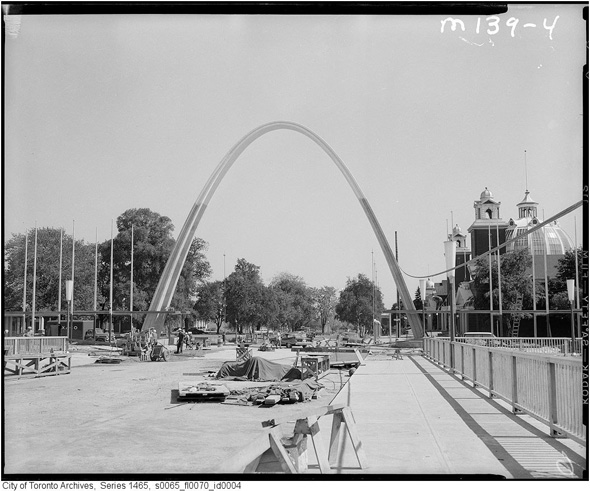 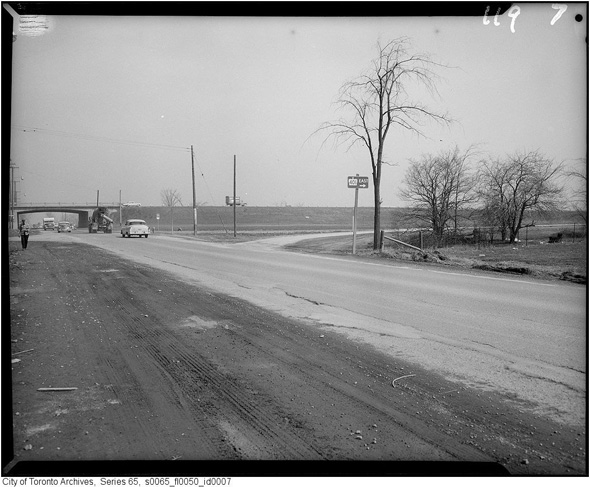