10 quirky things you might not know about City Hall

There is a treasure trove of secrets, anecdotes, and seldom told stories related to Toronto's famous neighbouring city halls. When we put together our post on TTC oddities we realized Toronto's civic centres - built a little over six decades apart but lightyears distant in terms of design - were also deserving of a dedicated round-up.

From abandoned observation decks to fake gargoyles and buried communication systems, there's plenty in this post to impress your friends and check out on your next visit. 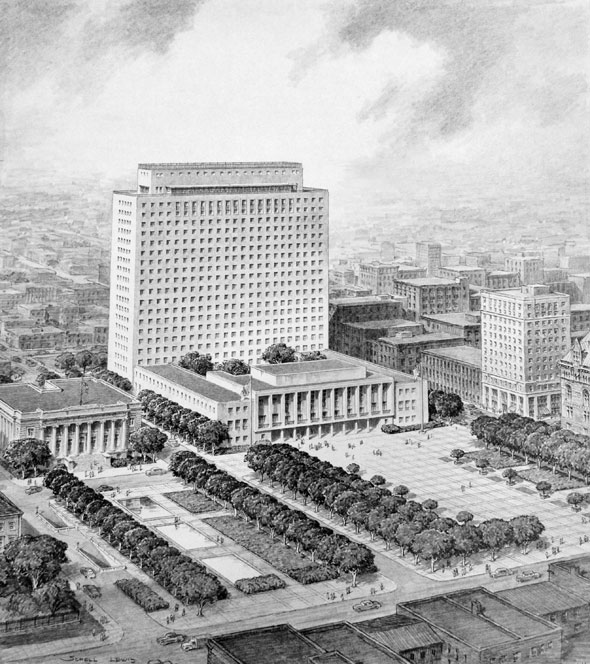 Long before the international design competition that would be eventually won by Finnish architect Viljo Revell, the city seriously considered going with another proposal submitted by a committee of architects.

A public vote eventually put paid to the idea but the blueprints weren't tossed out. The design of the main tower was sold to Imperial Oil and built on St. Clair, where it stands today. Had it been built on Queen, the old Registry Office building would have remained standing and there would have been an entrance to the planned Queen subway at the south end of the main civic square. 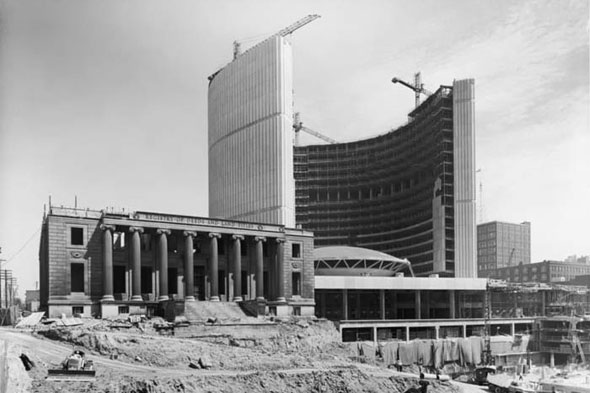 Though it doesn't stand directly on top of it, Toronto's grand Registry of Deeds and Land Titles office was taken down just as the famous curved towers were beginning to take shape. The building and its imposing entrance that consisted of eight massive columns used to stand behind Osgoode Hall where the Superior Court of Justice building is now.

We know because the entire structure is supported by a single central reinforced concrete support column. The hollow structure, visible at the centre of the ground floor rotunda, is embedded more than 16 metres into the bedrock beneath city hall. Electrical, plumbing, and air conditioning ducts run down its centre.

THE BUILDING CAME WITH ITS OWN DESIGNER FURNITURE

As we found out earlier this year when the city dropped $75,000 on replacements, Toronto City Hall came complete with a massive set of specially commissioned modernist furniture from designer William Platner's Knoll collection.

The chairs and matching tables in the protocol lounge had been damaged by decades of wear and tear and were replaced with modern equivalents, much to some councillor's consternation, in September.

Though the building's heritage status doesn't specifically protect the chairs, staff have taken an "active interest" in keeping the original stylings of City Hall intact. 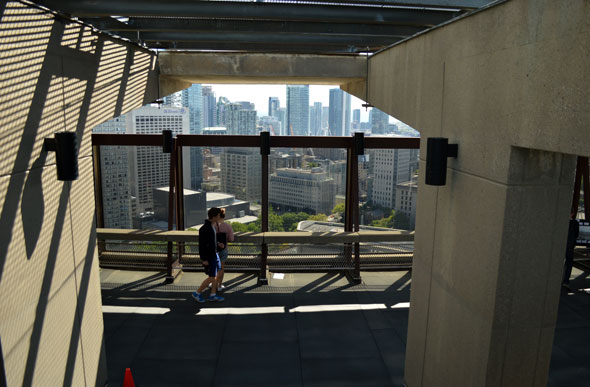 Yes, City Hall does have an observation deck, but it's lamentably closed to the public most of the year. The bleak windswept outdoor space is accessible via the main east tower elevators and a walk up a flight of stairs but outside of Doors Open it's strictly out of bounds for health and safety reasons.

Artist David Partridge's Metropolis was the winner of an art competition in 1974. The design consists of more than 100,000 copper nails embedded in nine separate panels and is meant to represent the image of a great city - though not specifically Toronto. It was installed in 1977 and runs the entire length of the concrete wall to the right of the main doors. 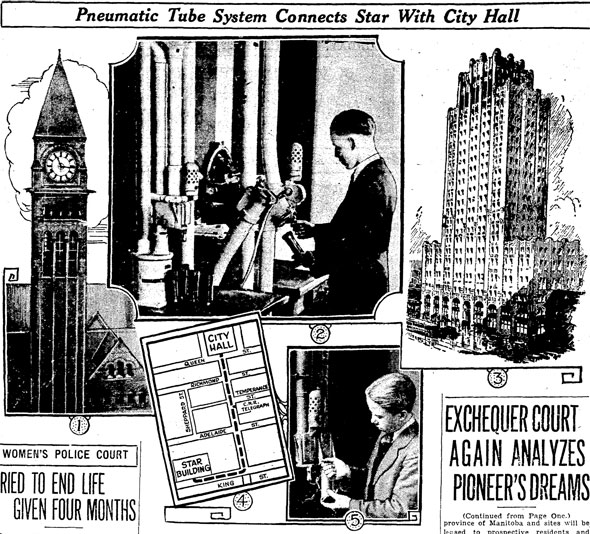 Back when reporters hammered out stories on typewriters, filing copy with the city editor was a protracted task. Freshly inked sheets of paper would be handed to a copy boy who would run the story - literally - to the newspaper office.

In 1930, the Toronto Star and Toronto Telegram joined an existing pneumatic tube system under Bay Street that allowed reporters to blast copy the more than 4,500 metres to the nearest editor. The system likely fell into disuse in the 1940s and has now vanished altogether.

ARCHITECT E. J. LENNOX CHEEKILY SIGNED HIS NAME ON THE OUTSIDE OF THE BUILDING

Look carefully at the decorative stonework near the roof on the Bay side of the building - "E.J. LENNOX ARCHITECT A.D. 1898" is spelled out in individual letters. The predominant rumour surrounding the unusual autograph says Lennox was not allowed to sign his work and was forced to sneak it in.

THE CLOCK MECHANISM HAS BEEN KEEPING TIME FOR 113 YEARS 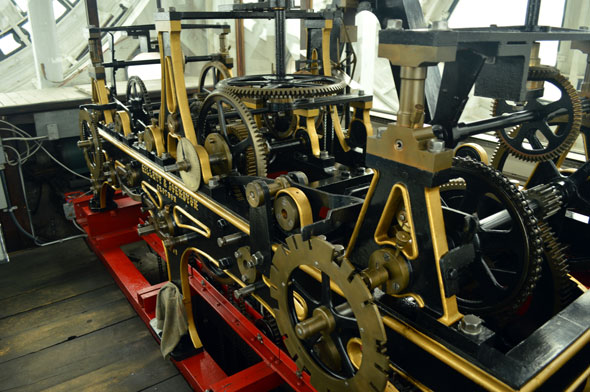 Way up inside the faces of the clock, a relatively small cast iron mechanism, shielded inside a protective wooden case, has been quietly ticking away for over a century. The black and gold machine was shipped from London in 1900 and craned into the semi-complete tower on wooden skids.

The largest of its three bells - imaginatively named "Big Ben" - is inscribed with the names of the city aldermen and mayor from 1900 and dedicated to Queen Victoria. The system is powered by a giant pendulum that maintenance man John Scott likens to a child on a swing when it needs to be stopped.

THE GARGOYLES ON THE CLOCK TOWER ARE FAKE 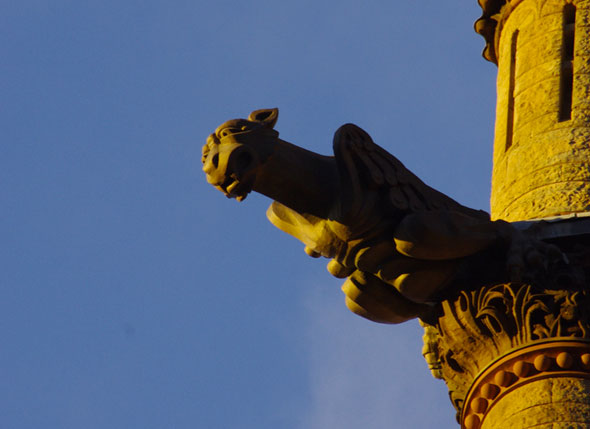 The original New Brunswick sandstone monsters that protruded from all four corners of the tower used to weigh three tonnes each until, in 1938, a 50-pound piece fell off the northeast grotesque, punching a hole through the copper roof below. Property commissioner Graham Blant decided the features were unsafe and ordered them taken down.

The current creatures are lightweight replicas of the master stonemason Arthur Tennison originals.