What rush hour used to look like on the TTC

For 47 years, Bloor-Yonge has been Toronto's busiest subway station. It's where more than 410,000 people every day race, squeeze, and cram for trains to take them to work then repeat the exercise in reverse in the evening. It's also where a 1960s photographer, armed with a camera and monochrome film stock, captured candid portraits of hundreds of commuters at the end of a busy day.

The black and white 35mm photos were taken during the summer of 1966 by renowned photographer Eric Trussler. In the 1950s, Trussler recorded construction of the Yonge subway line for the TTC on assignment from Canada Pictures Ltd., a photo agency that provided documentary and wire services. He would head back underground for this assignment after forming his own company in 1957.

Though they were intended to record platform crowding, almost 50 years later the photos capture wonderful candid scenes and fashion styles from booming post-war Toronto. These years marked the largest era of mass transit expansion in the city's history, and these riders were reaping the benefits.

Look closely: one man in a loud shirt scoffs dry Corn Flakes as he boards a train; in another, a woman smokes a crafty cigarette with her friends. Two women in separate pictures have the same handbag. Almost everyone reads the Globe, the Star or the Telegram.

Trussler's skill made the mundane beautiful and provides us with a window into a lost world. Here are his pictures from Bloor-Yonge and St. George stations. Let it be noted that they look pretty darn busy even back then, which is, well, kind of scary. 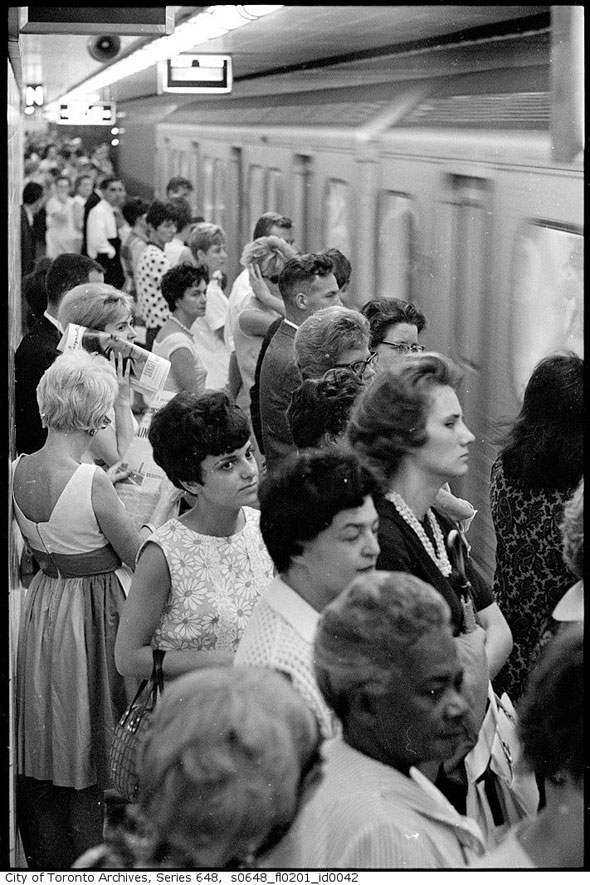 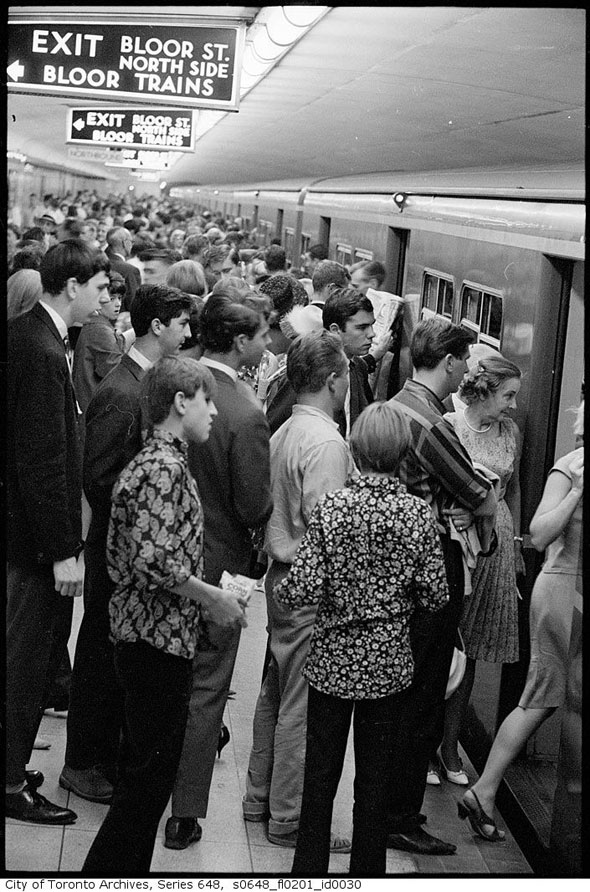 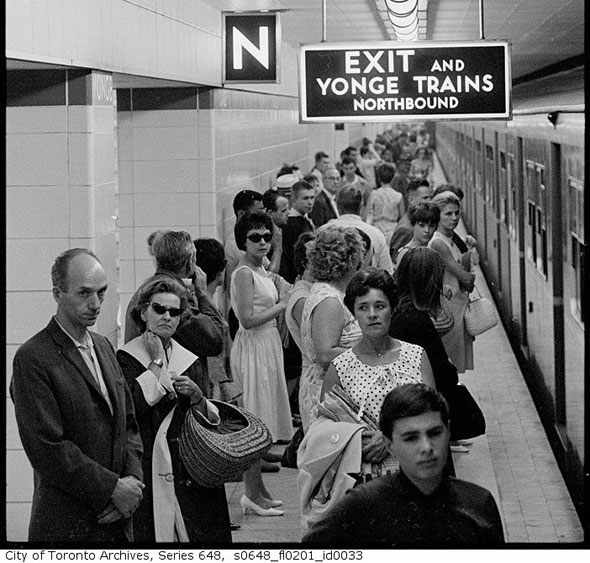 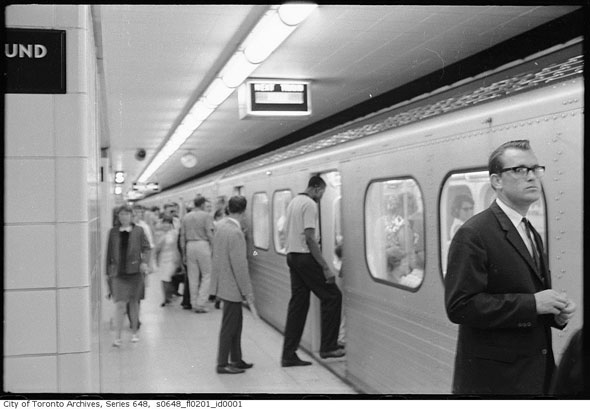 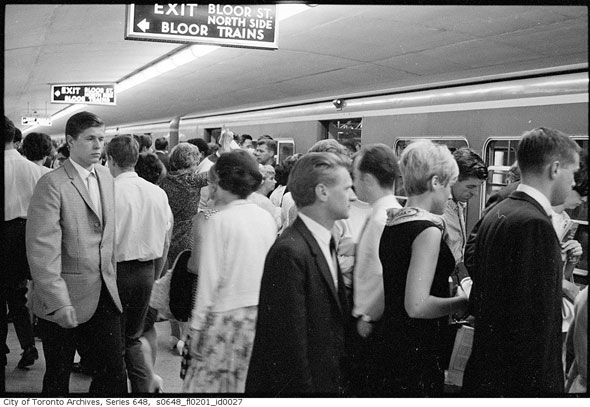 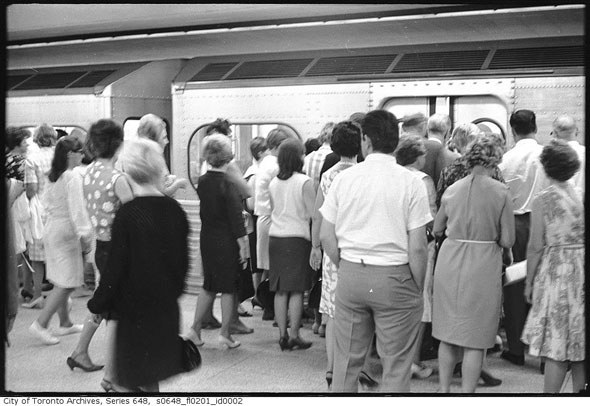 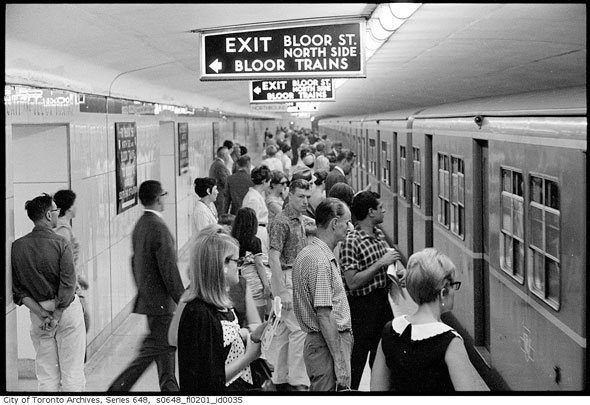 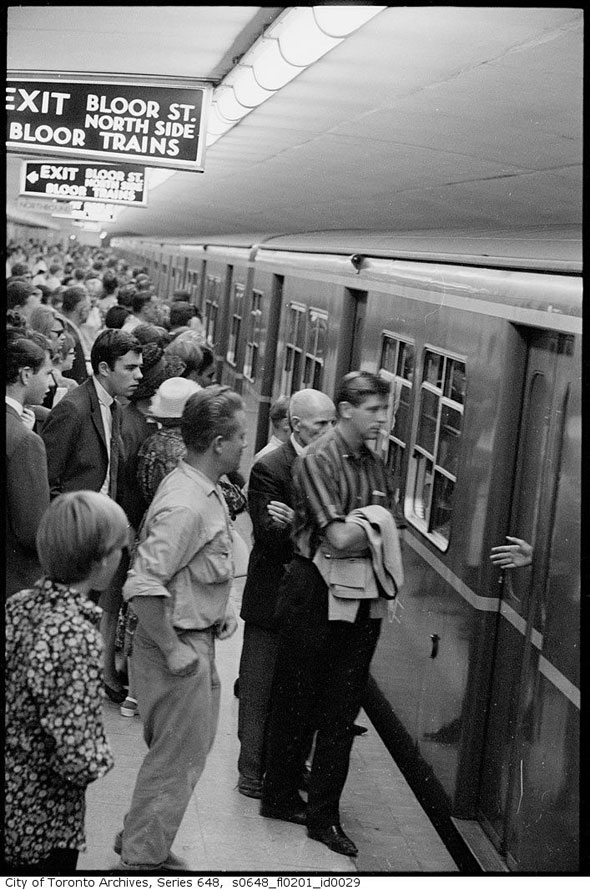 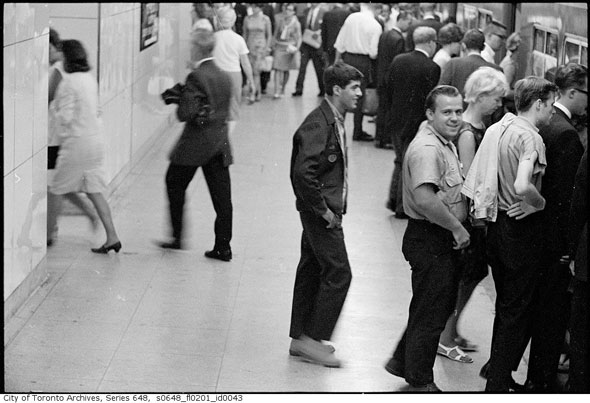 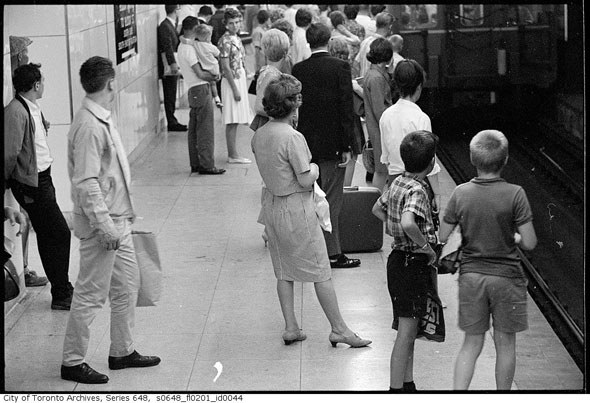 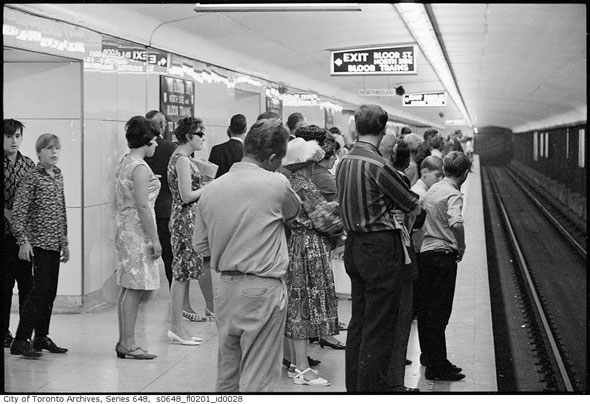 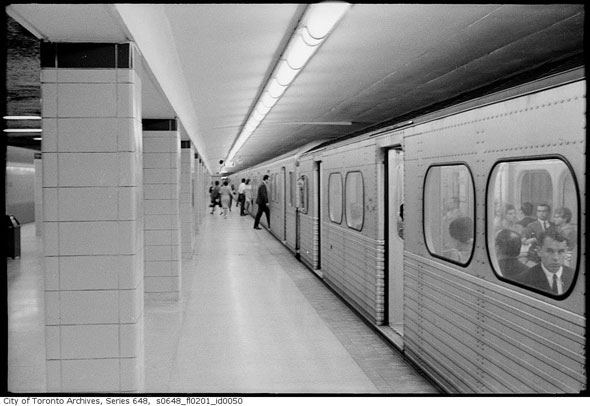 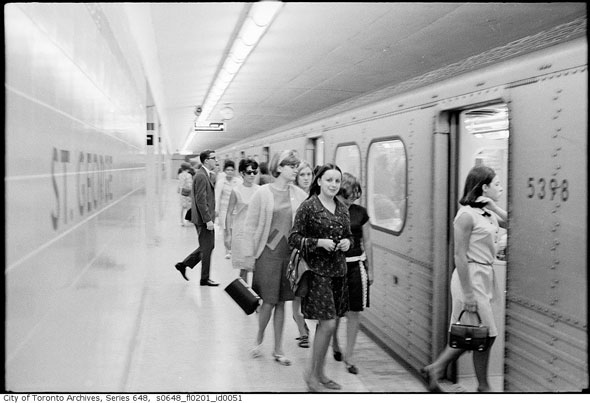 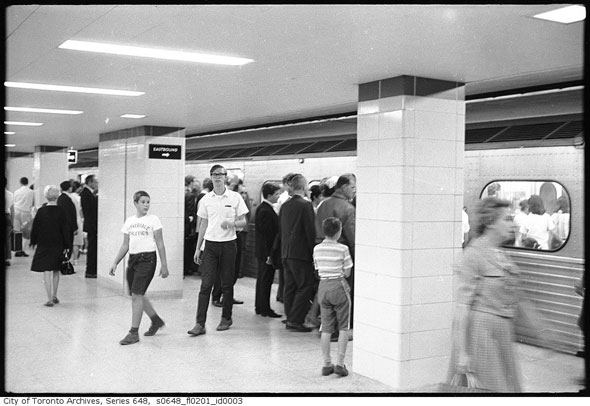 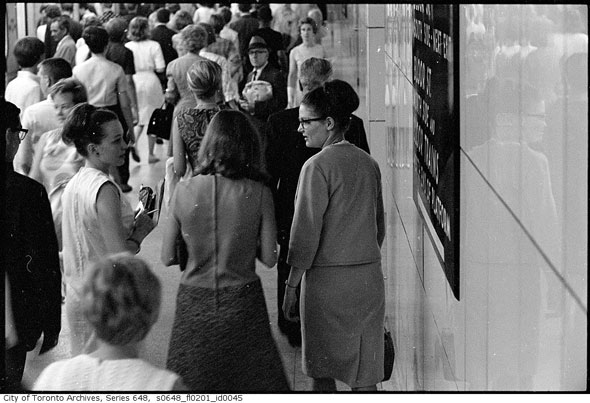 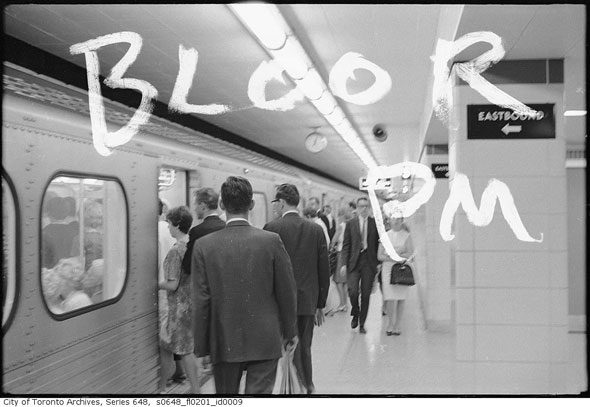