That time when Toronto tried to extend the subway west

20 years ago, Toronto was planning a different extension of the Bloor-Danforth line, this one heading southwest deep into Etobicoke. Had it been built, we would be riding the subway to Sherway Gardens, Cloverdale Mall, or maybe even Mississauga city centre by way of Dixie GO station today.

The proposed addition first surfaced with Premier David Peterson's 1990 "Let's Move" plan, itself an expansion of the province's sweeping Network 2011 transit program. That original blueprint called for a full-length Sheppard subway, a downtown relief line, and Harbourfront and Spadina LRTs. 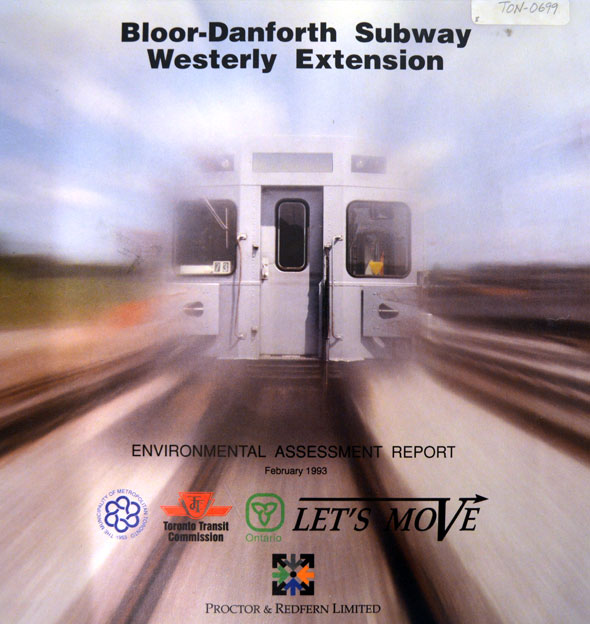 The proposal was floated again under Bob Rae's NDP government in 1993 as part of the planned $2.5 billion rapid transit expansion program that promised a longer Spadina subway, the ill-fated Scarborough West line, and a lost 3.2 km lengthening of the Scarborough RT to Sheppard Avenue, among others, to be completed before 2003.

Though the Bloor-Danforth extension wasn't one of the headline acts - merely an "additional project being considered" - the province completed an environmental assessment on the three-stop route to Sherway Gardens and seemed to believe it was feasible. 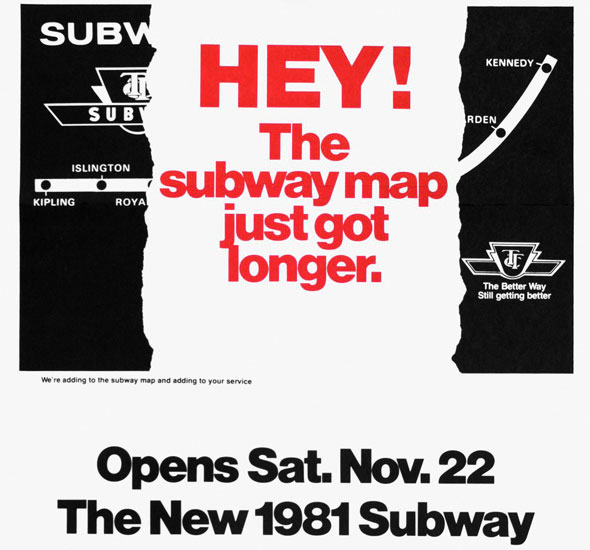 The Bloor-Danforth line had already been extended several times. The original route ran from Keele in the west to Woodbine in the east from 1966 until 1968 when extensions to Islington and Warden were opened simultaneously. Kipling and Kennedy stations were completed in 1981 with plans for a light rail connection at both ends - the SRT was the only one ever realized.

The westward addition to the Bloor-Danforth line would have run 3.7 kms underground from Kipling station, roughly parallel with the CP tracks, and terminated with a stop to be named West Mall at Sherway Gardens shopping centre. An additional extension under Etobicoke Creek to Dixie GO station and a stop at East Mall were also included as possible future additions. 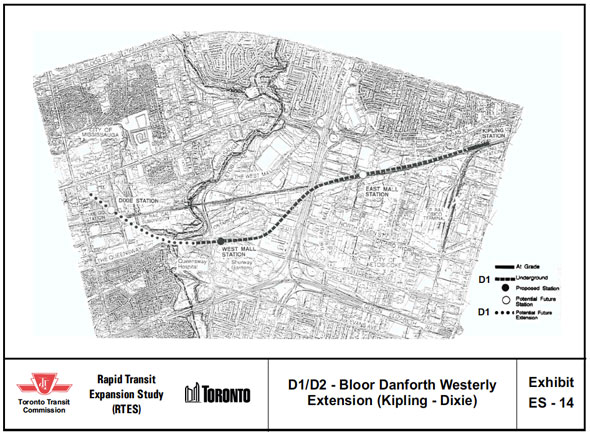 The project reared its head again in 2002 when the TTC included it as an option in its Rapid Transit Expansion Study. That document pitched a new section of track from Kipling to Sherway Gardens via East Mall and possibly five more stops en route to Mississauga city centre.

The downtown Mississauga option was screened from further consideration because Peel region didn't support the project as part of their official plan, preferring instead a dedicated bus rapid transit corridor (now under construction) and an extension of the then-proposed Eglinton subway line.

The last sign of life came in 2006 when TTC Commissioner Peter Milczyn asked city staff to investigate the possibility of a one-stop extension to Cloverdale Mall, at Dundas and Highway 427. The owners of Honeydale Mall were hoping to sell and were offering their land, directly between Kipling and Cloverdale Mall, for free, according to Milczyn. The surface track would have cost an estimated $145 million.

The westward extension was sunk because of its low priority status and concerns the area lacked the density necessary to make the line profitable. Kipling station, despite its connections to bus lines, the airport rocket, and a GO station, isn't exactly the thriving hub it was hoped, either. Mississauga buses prefer to stop at Islington station and density around the terminus has been slow to materialize.

According to the TTC, all talk of the project has reached the end of the line. Spokesman Brad Ross says there are "no such plans at this time" to pursue any extra track at the subway's western terminus.