Every city has features that remain obscure. Be it lost subway stations, hidden passageways, or bits of little known history that still shape our street grid, there are "secrets" lurking all across our urban milieu. Some of these are even wide out in the open, hiding in plain view as it were.

Here are some stranger and unusual things you might not know about Toronto.

The subway was once designated a nuclear fallout shelter

Back at the height of the Cold War, TTC subway tunnels were seriously considered for use as a possible fallout shelter in the event of an attack on Toronto or neighbouring cities like Detroit or Buffalo. Now that's a recipe for a post-apocalyptic horror movie if I've ever seen one.

That quaint-looking house with the high fence in the back and no mailbox, yeah that's not really a house. Scattered across Toronto, there's a host of hidden transformers, many of which are located in nondescript residential houses. 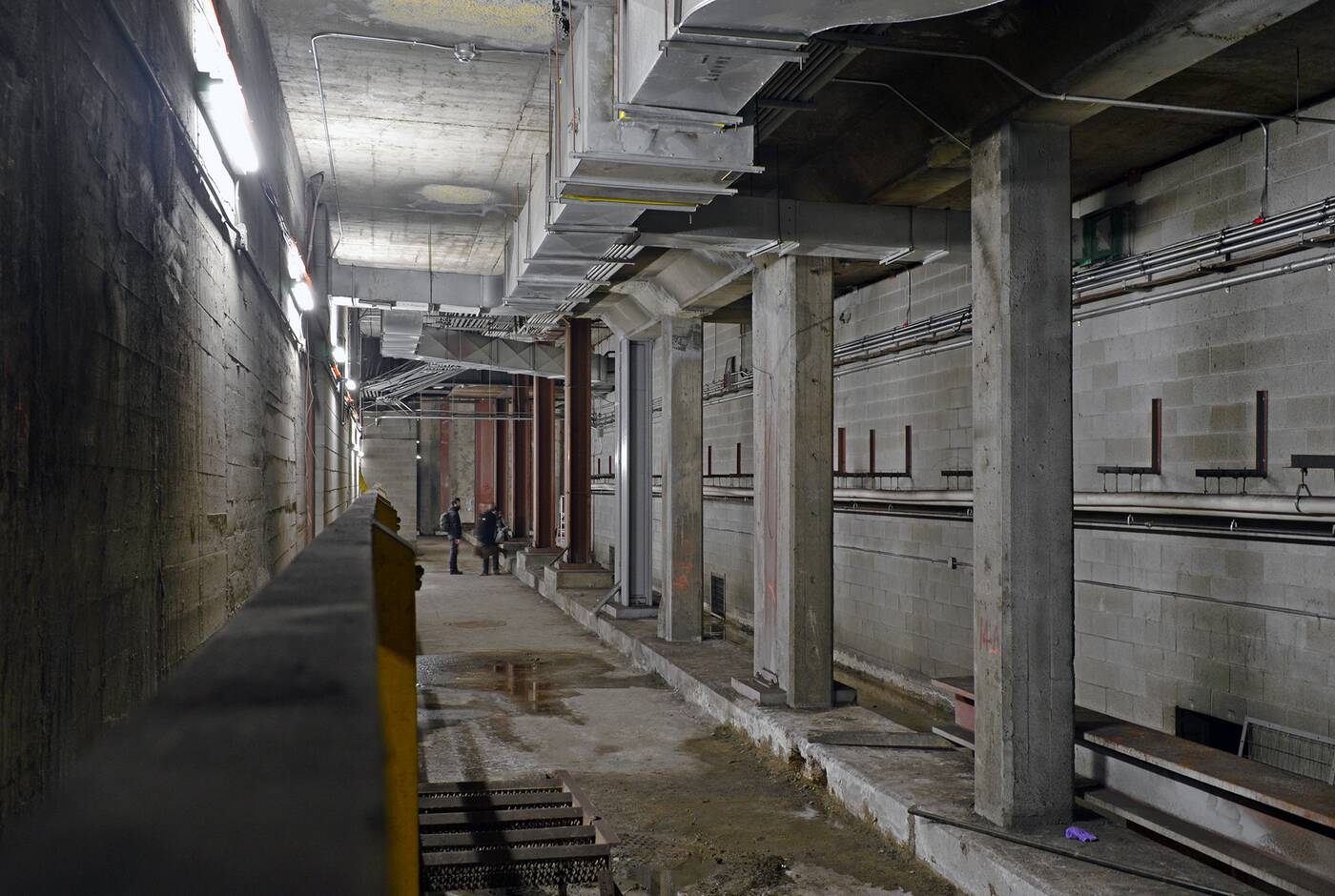 Most people know about Lower Bay Station, but there's also the shell of a subway station under Queen. Before the Bloor-Danforth subway was built, the plan had been to build a Queen streetcar subway line, and prior to that project being shelved, part of a station was carved out near City Hall.

Ever noticed three white dots embedded in the pavement at an intersection and wondered what they're for? They detect the presence of a bicycle and tell the light to change at intersections where the signals are set to remain on green until a vehicle arrives at the cross street. 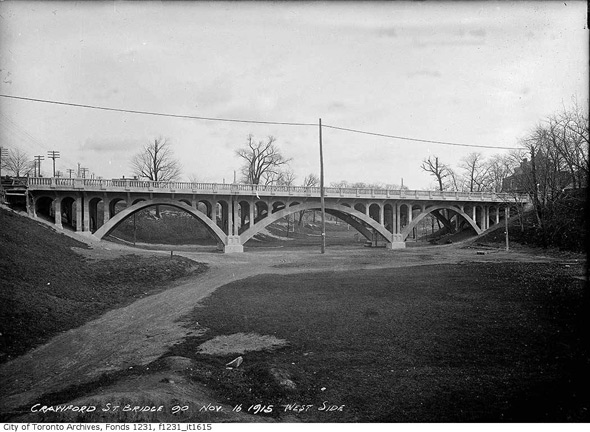 Head south on Crawford Street from Dundas, and you notice that the road narrows considerably for a section of about 25 metres or so. Underneath this stretch lies the old Crawford Street Bridge, which spanned Garrison Creek until the 1960s when it was filled in with earth from the Bloor-Danforth subway line.

Imperial Plaza could have been City Hall

Now an adapted condo complex, the former Imperial Oil building near Avenue and St. Clair might instead have been located at 100 Queen St. W. if a group of architecture firms got its way in 1955. Instead, the city decided to have a design competition, which was won by Viljo Revell.

#Toronto's half house is one of the city's most bizarre structures pic.twitter.com/pQEVmOR7dI

Toronto has a house that's been sawed in half

You could walk by it 20 times and not notice, but once you do, it looks like an optical illusion. Half of this house at 54 1/2 St. Patrick Street was sold to a developer, while the other half has remained to this day.

The Bloor Viaduct starts at Sherbourne

Opened in fall of 1918, the bridge system that makes up the Bloor Viaduct actually consists of three parts: the iconic section that spans the Don Valley, the smaller western section that runs above Rosedale Valley, and the section between Sherbourne and Parliament, which is built on fill. 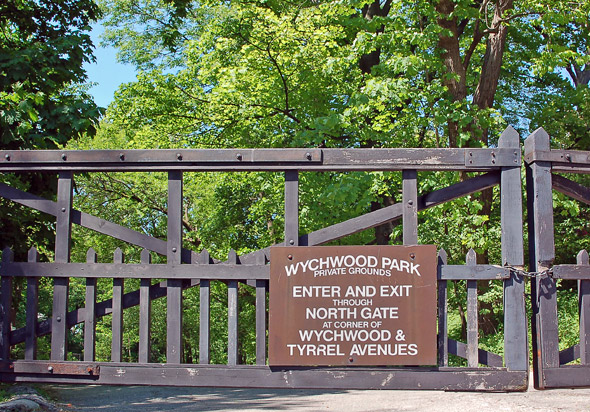 Toronto is home to some 250 private streets and laneways, which residents maintain on their own dime. Some are gated like the half-hidden community of Wychwood Park, while others lack much by way of obvious markers.

Dundas St. was stitched together

In the early 20th century, the city lacked a main east-west thoroughfare between College and Queen streets, which was causing major problems for traffic flow. The solution? To rename and connect a series of smaller streets into one roadway, which is the controversial Dundas St. we know today.