This is what Queen West looked like in the 1990s

You tend to hear a lot about what Queen West looked like back in the 1980s and '90s, before the furniture stores moved in and the iconic Big Bop closed.

These memories tend to take familiar nostalgic form, idealizing some putative authenticity that has been lost to gentrification and redevelopment.

And while there's some truth to such narratives, this tendency toward glorification likely paints an inaccurate picture of the place. 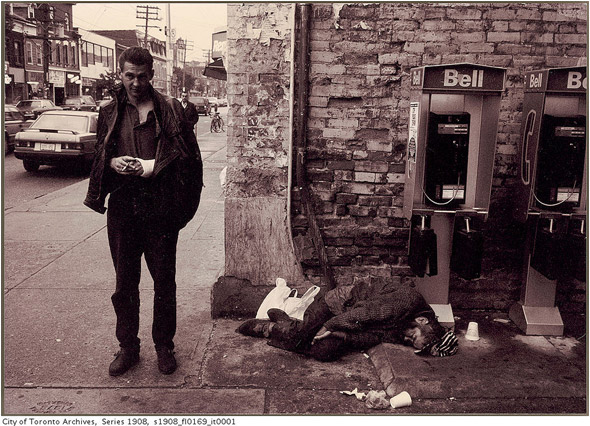 Don't get me wrong, I wax nostalgic often enough about Toronto's lost grittiness (a process that's sanitized the city to a degree that's perhaps problematic) but there's a more complicated story than the one that surrounds questions of authenticity.

Photographs by Ivaan Kotlulsky, a jeweller who had a shop at 692 Queen Street West, reveal the characters who passed by his shop and offer a glimpse at the makeup of a street that's changed profoundly over the years. 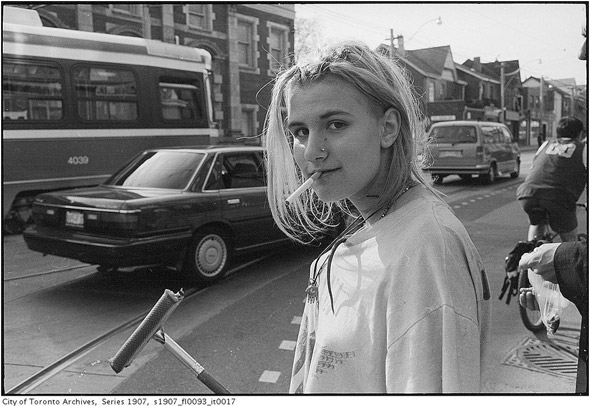 Squeegee kid at Queen and Bathurst, 1996

Some of them depict people down on their luck, while others hint at the changes to come, but they're all shot with a keen eye for the neighbourhood's residents and their experience of the street.

These aren't about architectural documentation, as you might see more obviously in the work of Patrick Cummins, so much as the people who called the neighbourhood home.

And there's a certain tenderness in the manner in which they're depicted that offers considerable insight in to the life of the street. 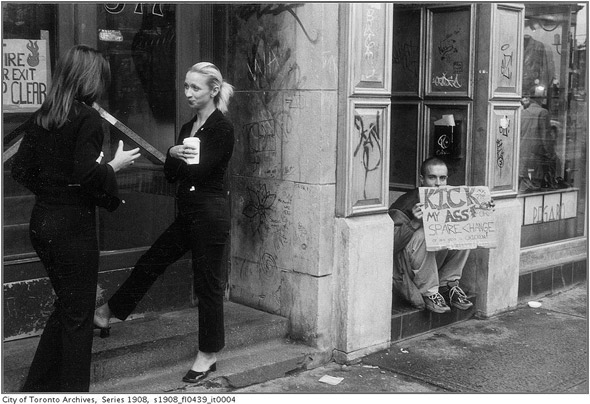 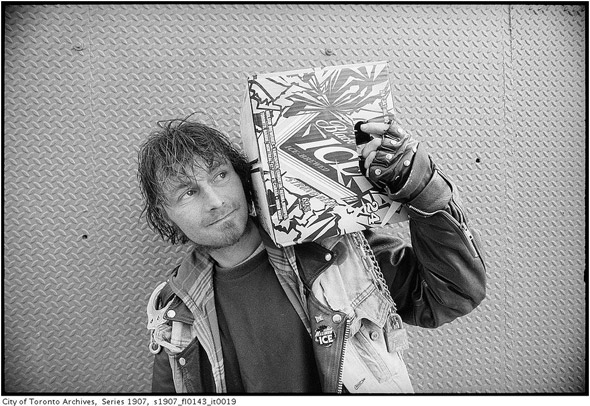 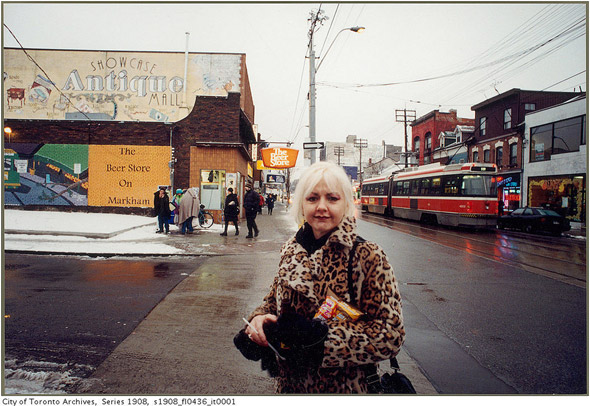 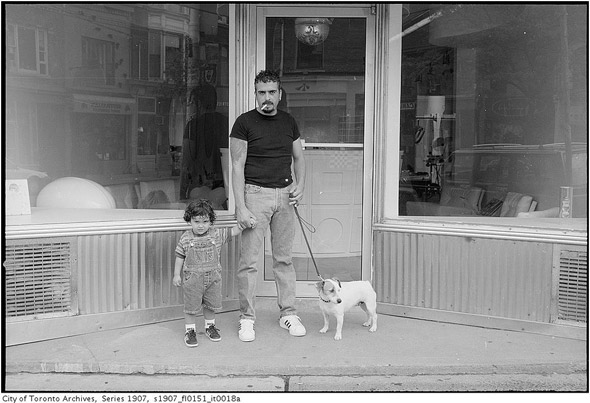 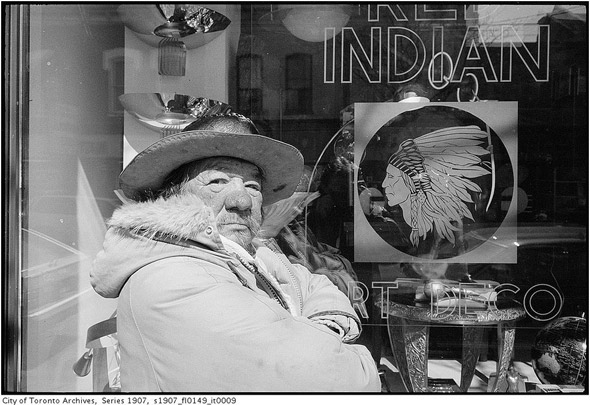 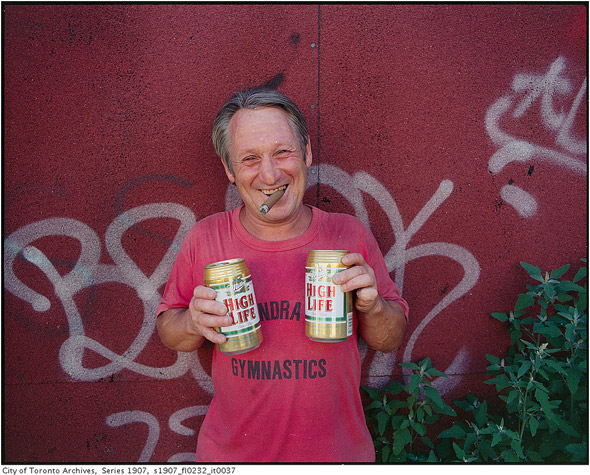 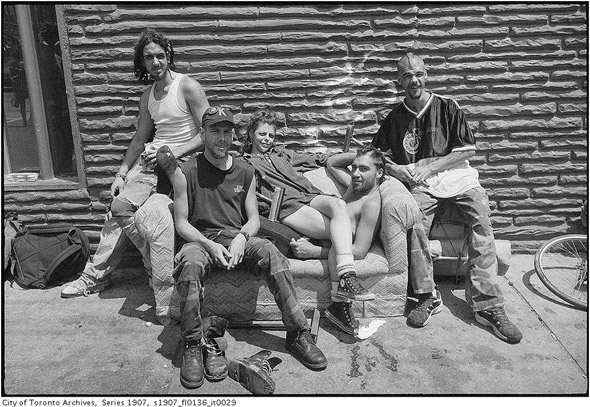 Squeegee crew at Queen and Bathurst, 1998 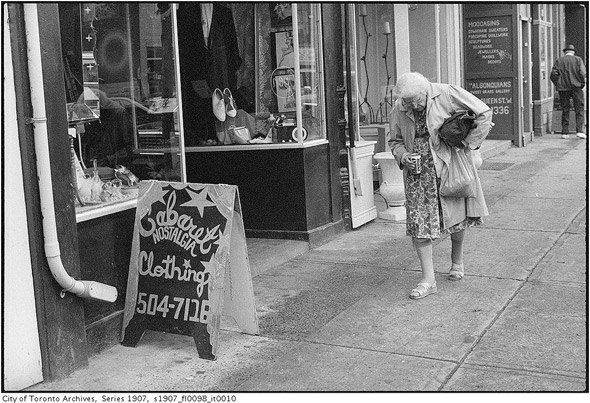 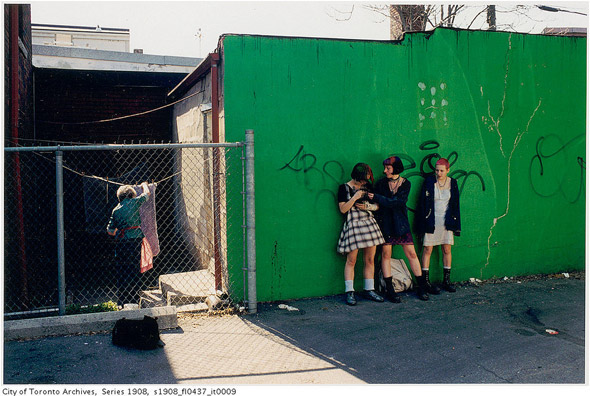