What the original Red Rocket looked like in Toronto

It's a fairly common misconception that the TTC's old Gloucester subway cars gave birth to the term "red rocket." Perhaps less common is the theory that the expression derives from the old Peter Witt streetcar (we have been guilty of this mistake ourselves).

The more likely scenario, as outlined by Transit Toronto, is that Toronto Sun columnist John Downing coined the term in the 1970s in reference to Toronto's PCC (President's Conference Committee) streetcars, which he campaigned to keep on the rails when the city seemed determine to retire the fleet.

Knowing a good thing when they heard it, the TTC picked up the term in promotional materials some years later.

Although PCC streetcars were a fixture in a number of cities during their years of production, photos of them always seem quintessentially Toronto to me. Produced between 1936 and 1952, Toronto had the largest fleet of PCC streetcars with a total of 744 in the TTC's rolling stock.

The last of these cars was retired from regular service in 1995, though the Commission has retained two in its fleet for special occasions and has run one along the 509 Harbourfront line in the summer months for the past few years.

It's hard to explain, I suppose. But images that feature these cars in some way are some of my favourite depictions of Toronto. Perhaps it's the period in which they served the city or the retro stylings of the cars themselves, but there's a certain grittiness to these photos that speaks to a former version of the city that has long since been sterilized.

So in celebration of this aesthetic, here's a gallery of Toronto's PCC streetcars. Enjoy. 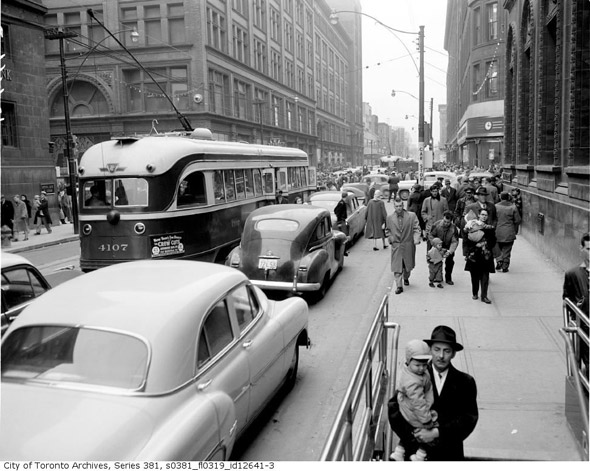 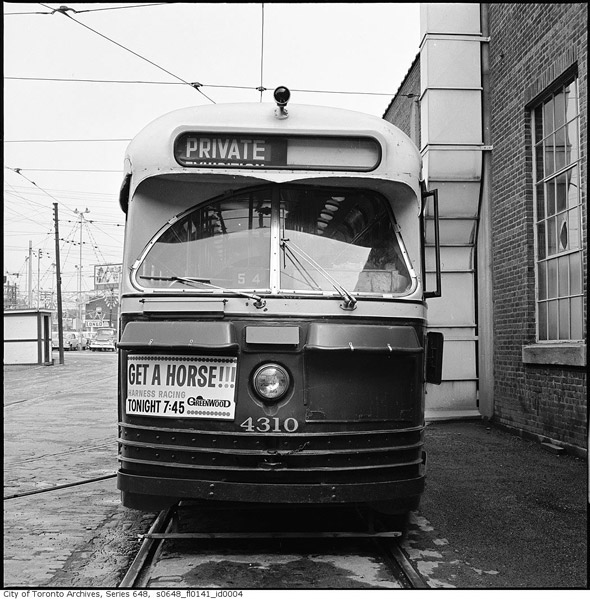 Advertising efforts in the 1960s 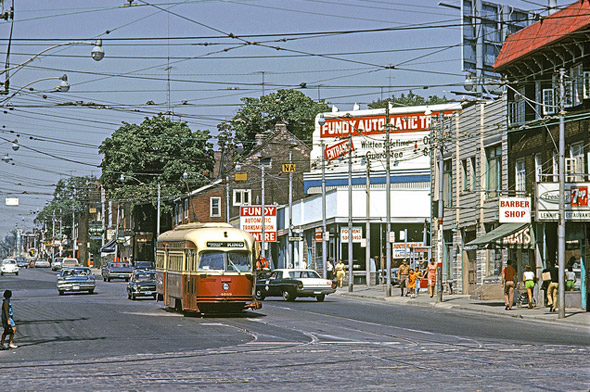 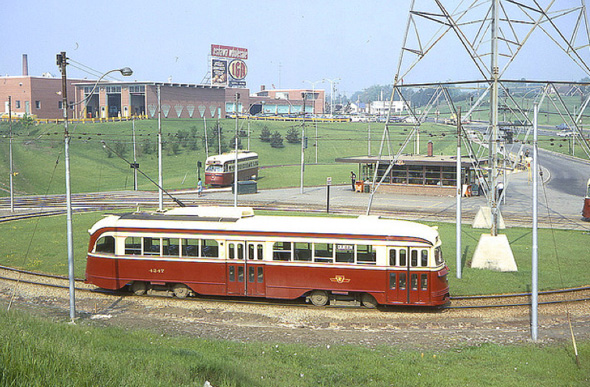 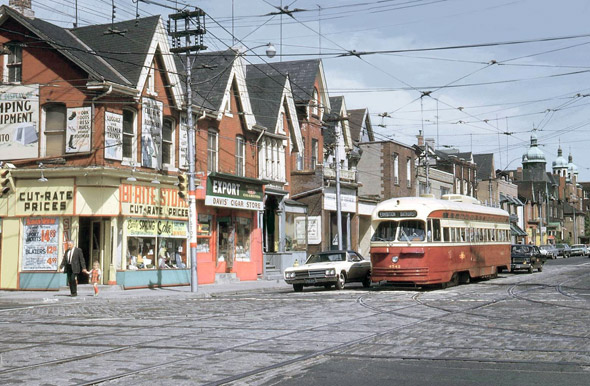 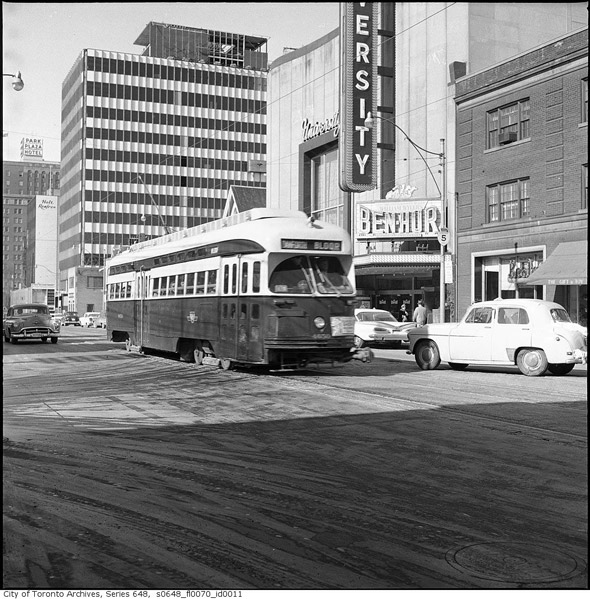 Outside the old University Theatre in the 1960s 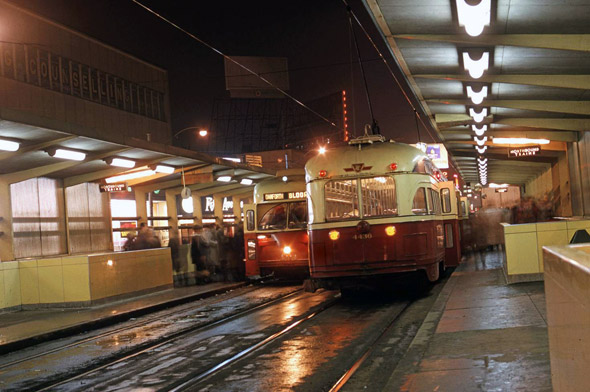 Yonge and Bloor in the early 1960s (via Chuckman's blog) 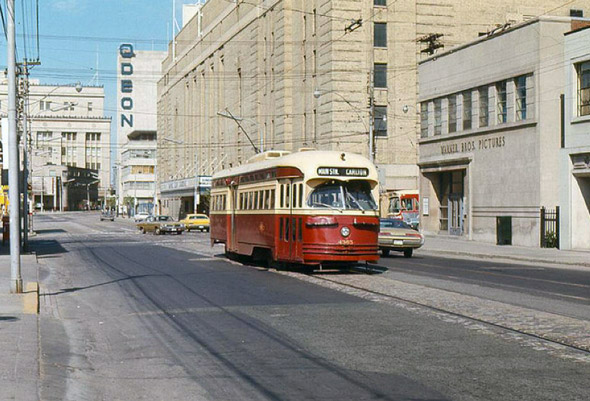 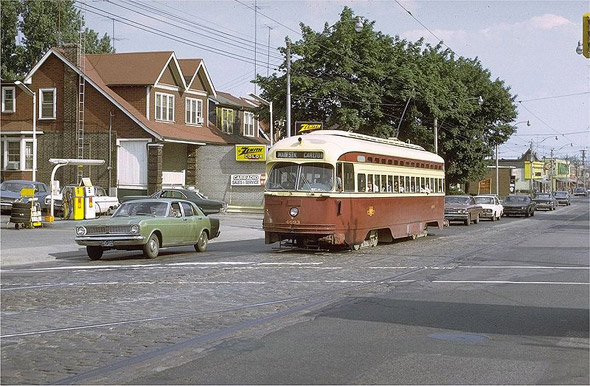 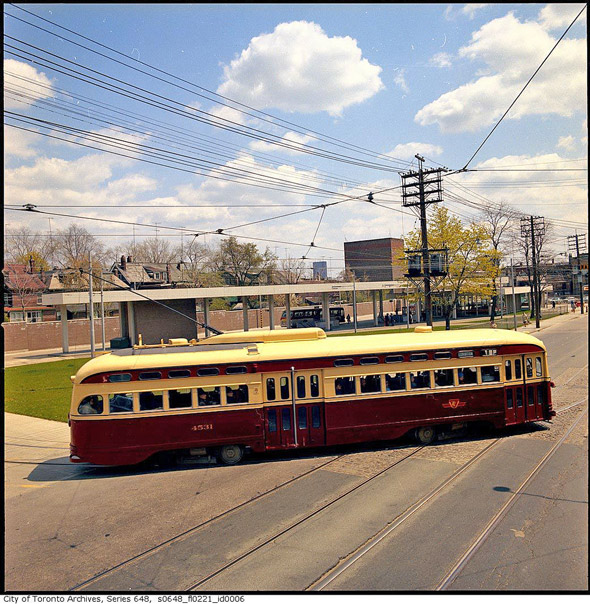 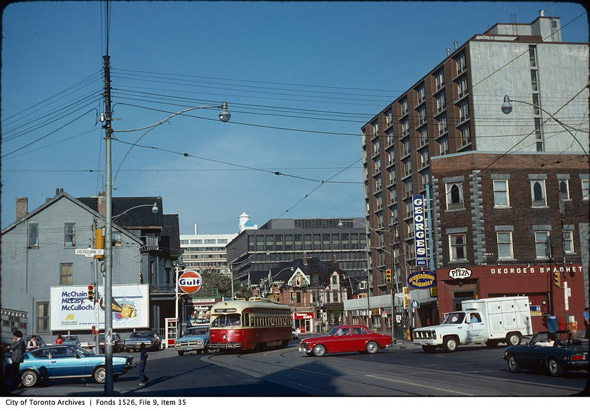 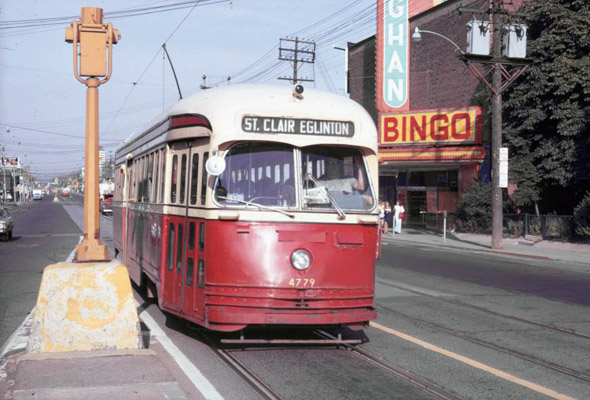 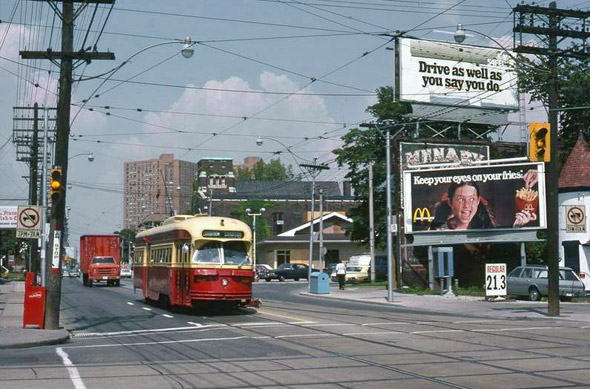 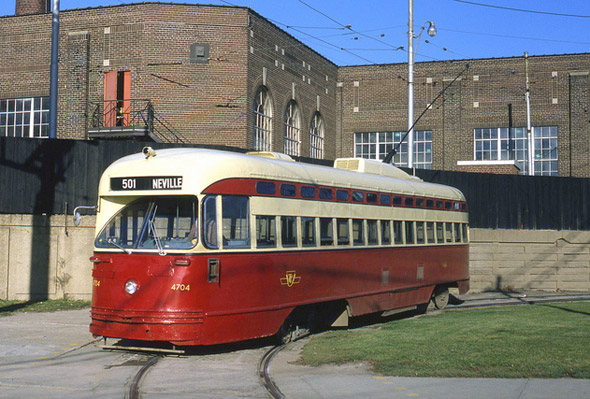 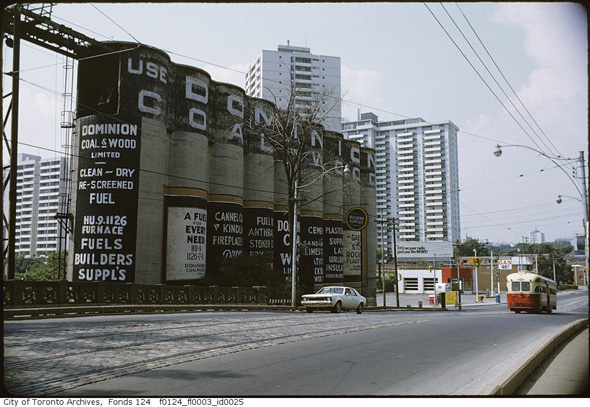 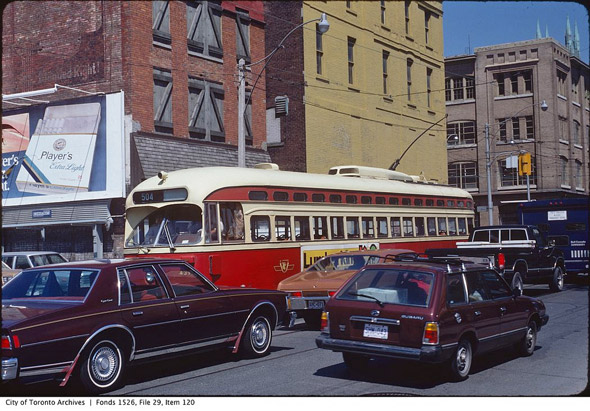 Church and Richmond in the early 1980s 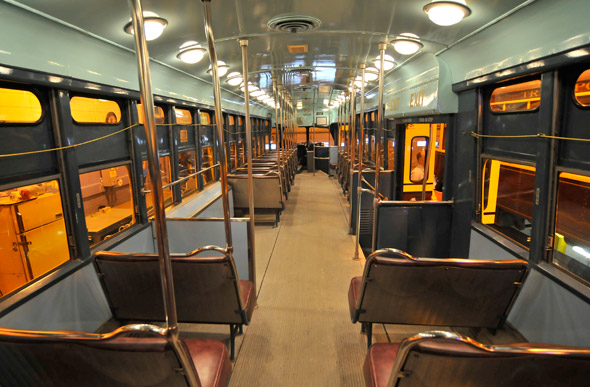 The interior of a PCC streetcar (present day) 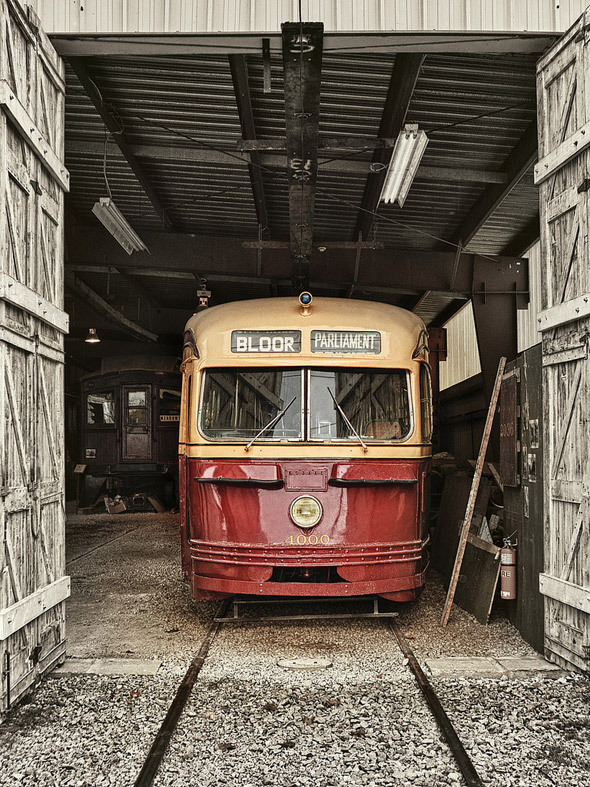