The Holt Renfrew Centre at 50 Bloor Street West is due for a serious makeover in the next couple of years. If developers get their way, the existing low-rise shopping centre will be renovated, expanded and topped by a gigantic residential tower so tall it could pip the Aura project under construction at Yonge and Gerrard as the tallest condo in the city.

The designs, recently chewed over by Toronto's Design Review Panel, call for a new 83-storey condo - five metres taller than Aura's projected height - and a totally reworked street-level facade. The familiar concrete edifice between Bay and Yonge streets will be radically altered by the addition of new retail space and other architectural embellishments, including large helpings of glass. 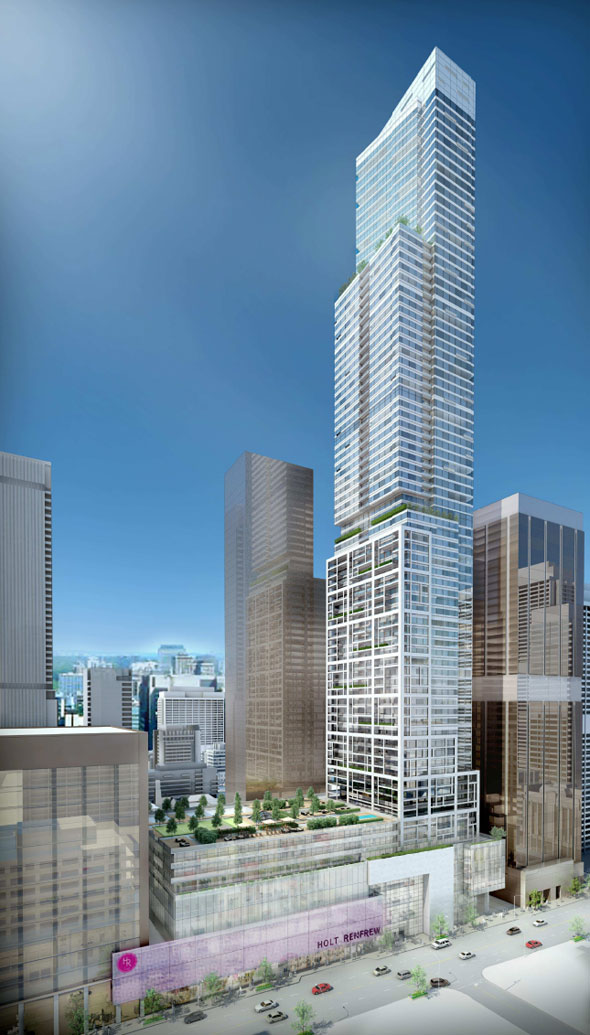 The DRP praised the design for its "jewel box" look and the glazed "portal" that would terminate Balmuto Street. The size of the building, while huge even compared to surrounding buildings, was considered appropriate for its location between two major intersections on a busy artery.

The panel felt the building fell short in its proximity to neighbouring towers and potential shadow impact on the Jesse Ketchum Schoolyard on Davenport Road (yep, it's that tall). There was also criticism of the "overly grand" vehicle loading area off Mayfair Mews and lack of a mid-block pedestrian connection between Bloor and Cumberland Street.

The exterior roof deck above the mixed-use podium will be publicly accessible but the DRP thought there needed to be a clearer way to access it from Bloor Street. In the end, the group voted unanimously for refinements, not a total overhaul of the design. 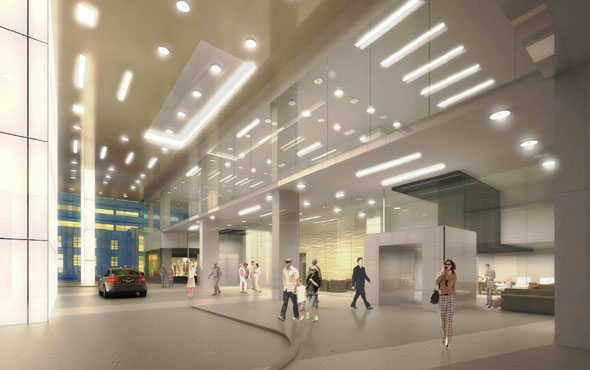 What do you think of the new look for Bloor between Bay and Yonge. Is this an appropriate place for what could be Toronto's tallest residential tower? Is this an improvement on the existing Holt Renfrew Centre?