The first of the TTC's new longer, low-floor streetcars recived its inaugural road test under the cover of darkness this morning, giving early-risers the chance to glimpse the vehicle outside of a TTC car barn for the first time.

Following a basic route that included a cornering test at Bathurst station, the first in a fleet of 204 new cars costing a total of $1.2 billion was guided by a team of engineers south on Bathurst Street from the Commission's Hillcrest facility to Bloor Street. The group were testing acceleration, braking, security cameras, doors, and clearance between buildings and other static objects. 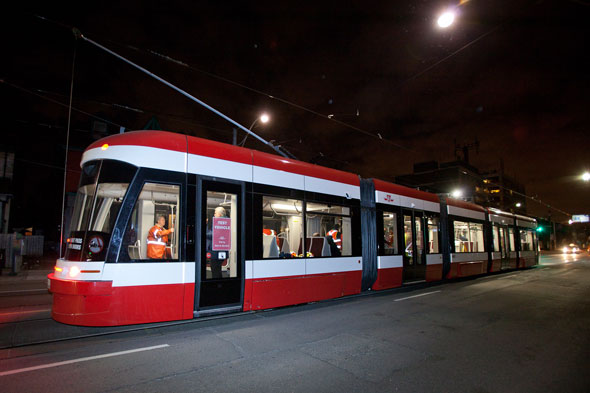 Back in the lab, the car has undergone static tests of its air conditioning, heating, lights, stop announcements, and ergonomics.

The Bombardier vehicle was unveiled at a press event on November 15 last year. It will feature all-door boarding, full Presto integration, and increased seating capacity. When the new fleet is fully operational the city will actually see a net loss in the number of streetcars; currently there are currently 247 CLRV and ALRV light rail vehicles plying Toronto's streets.

Tweeting this morning, the TTC's Brad Ross called the maiden test run a success. He says the streetcar will continue to receive night tests but will slowly begin appearing during the day over the next few months. The new vehicles are due to enter full service in 2014. 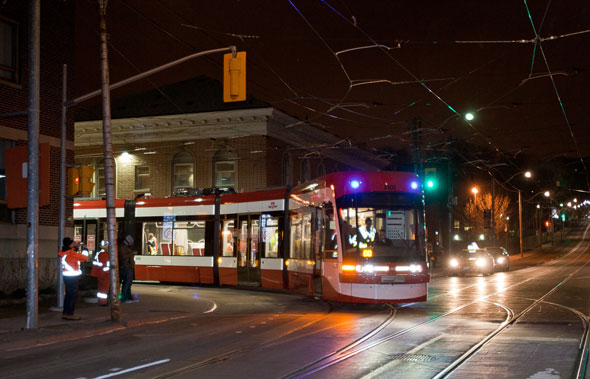 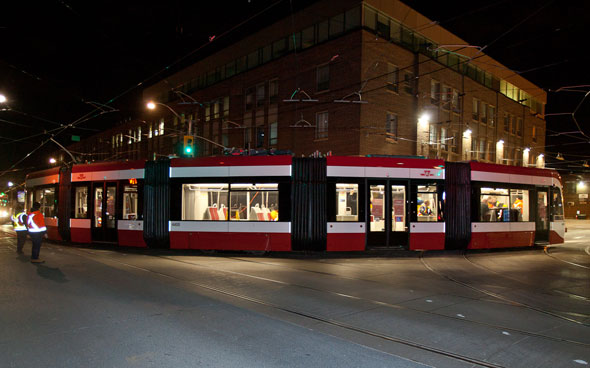 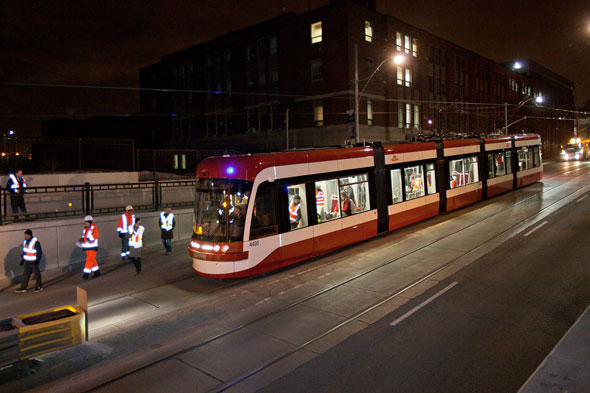 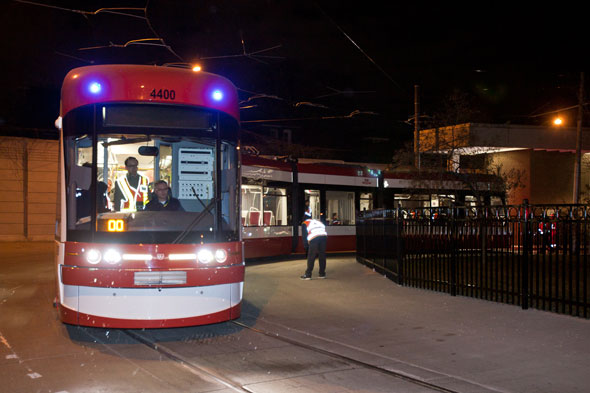 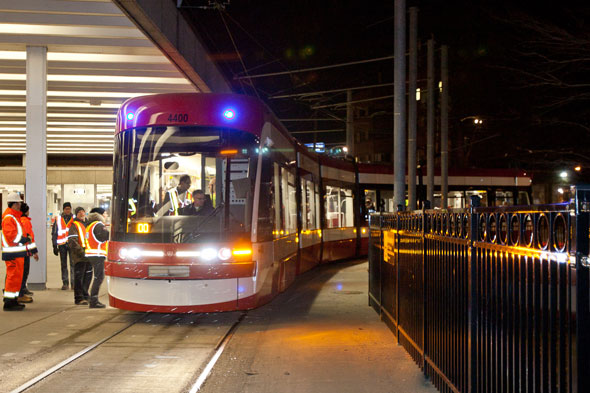 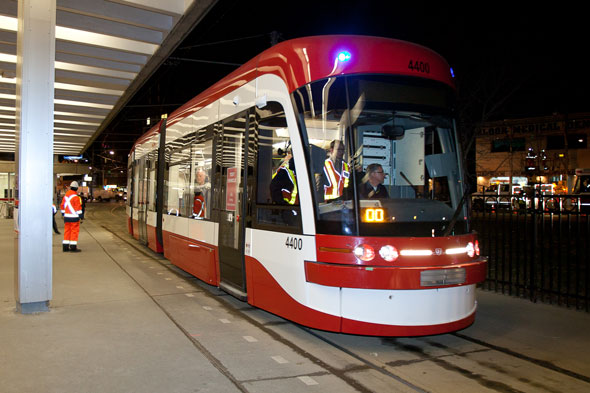