Are these condos too big for Lake Shore & Park Lawn?

Toronto's Design Review Panel thinks more than 60 floors is too much for Etobicoke's prime waterfront. The giant Eau Du Soleil residential development planned for Lake Shore Boulevard West and Park Lawn was recently panned by the committee of industry experts charged with overseeing aesthetics, urban design, and landscaping of major construction projects in the city.

The building, as it was originally pitched, would have been split between two differently-sized towers and a sweeping podium. The residential structures - around 62 and 42 floors - are a mix one- and two-bedroom units with commanding views of the downtown skyline and Lake Ontario.

In the extremely theatrical promotional video, Empire Communities imagines its concept literally rising out of the lake to take its place on the Etobcoke shoreline. The announcer describes it as "one of the most stunning architectural wonders to grace Toronto's waterfront" and "one of the tallest waterfront condos in Canada."

Unfortunately, the Design Review Panel didn't like the idea. The group voted unanimously to send the re-zoning application back for a total overhaul, saying the "super building" is "over-sized, over-scaled and overwhelming" in its present state. The discussion also identified density concerns and a lack of infrastructure and services in the developing neighbourhood.

The 1,400 planned parking spaces were deemed too much for the blueprint's single exit ramp and the group worried about the overall pedestrian experience at street level.

The Eau Du Soleil project is being built on land that was once part of the Lake Shore motel strip. The former site of the Beach Motel, one of the more famous (if dilapidated) buildings in the neighbourhood, is part of the land the giant development hopes to occupy.

Are tall condos like this best placed on the Lake Shore? Are developments like this the natural successor to the old motel strip? What do you think of the tower's design? Click here to read the full minutes of the DRP's discussion.

(Note: minor modifications were made to the text on 7/3/2013 in order to clarify the precise details of the Design Review Panel's concerns.) 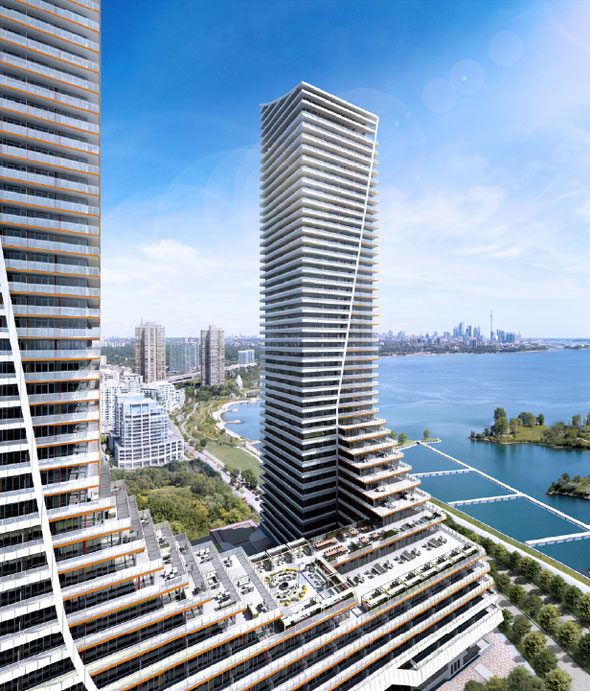 Former motel strip from the west 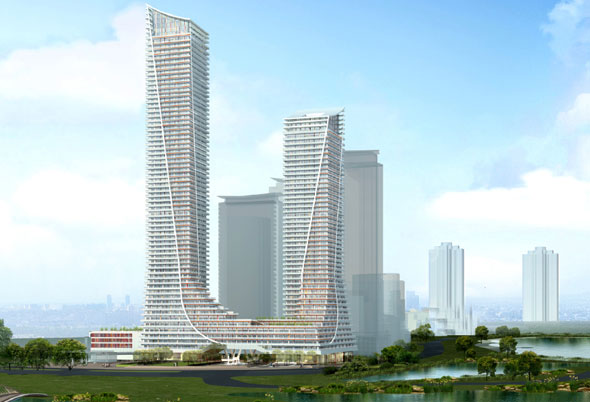 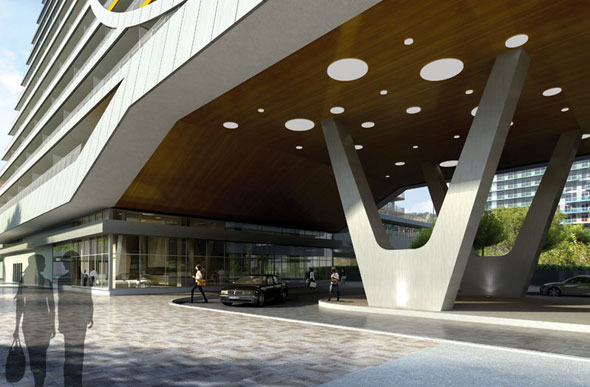 Towers at dusk from on the lake 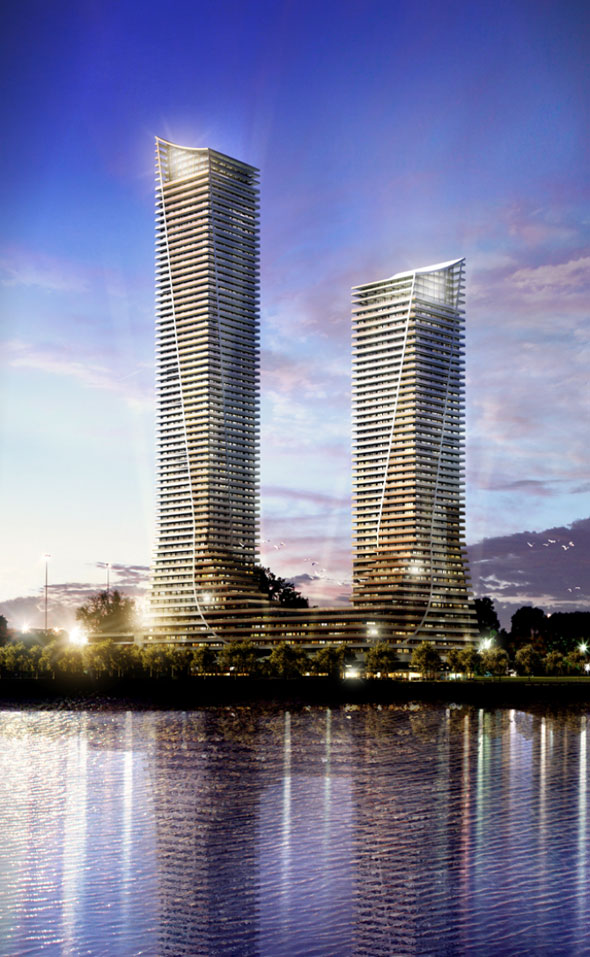