As city dwellers, it's easy to forget that Toronto is a bustling metropolis of wildlife too. On Wednesday, our coyote population was brought sharply back into focus with what many believe was the unnecessary shooting of a wild canine near Cabbagetown. This week's post profiles Toronto's coyotes and provides a little advice on how to prevent an encounter ending dangerously.

There's also the story of the first Skywalk (no, it's not down by Union Station) and a closer look at the drinking fountains Victorian Torontonians used to happily share with horses that are still on our streets more than a 100 years later. 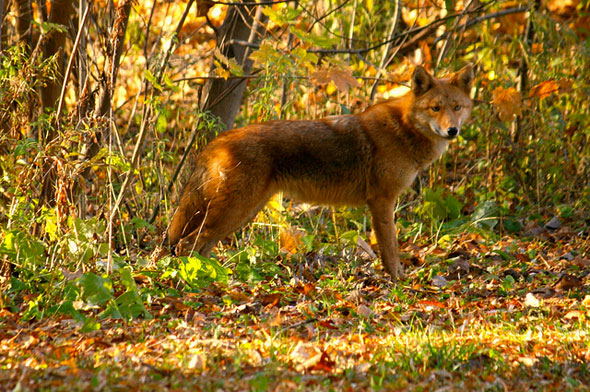 This week's unfortunate shooting of a coyote in Wellesley Park once again reminded urban dwellers that nature isn't something that can be confined to parks and ravines. In fact, Toronto is home to a surprising number of animals undeterred by the presence of humans.

Coyotes have a diverse range that spans from Guatemala to northern Alaska. Sightings in southern Ontario tend to be of canis latrans thamnos (that's northeastern coyote to you and me) which are notable for their large size compared other sub-species. High Park, the Don Valley, and Leslie Street spits are common locations for sightings.

The animals are generally the retiring type and prolonged interactions with humans are relatively uncommon. As a result, they are often misidentified as stray dogs. Coyotes have erect ears, a bushy tail with a black tip, and appear bulky due to their thick coating of fur.

If you encounter a coyote that isn't scared away by your presence and acts aggressively, the trick is to be big, be mean, be loud, but never run, according Toronto Animal Services.

Maintaining eye contact with the coyote, raising your arms, stomping your feet, and shouting in a low voice is the best way of asserting dominance and appearing intimidating. Avoid the desire to run (easier said than done) as the canines are naturally inclined to chase moving objects.

This time of year is roughly midway through breeding season and the animals do not hibernate.

It's not clear how many coyotes live in Toronto, though they naturally tend to gather near sources of easy food like overflowing garbage containers or areas with mice or rats. You can learn more on the Animal Services site. 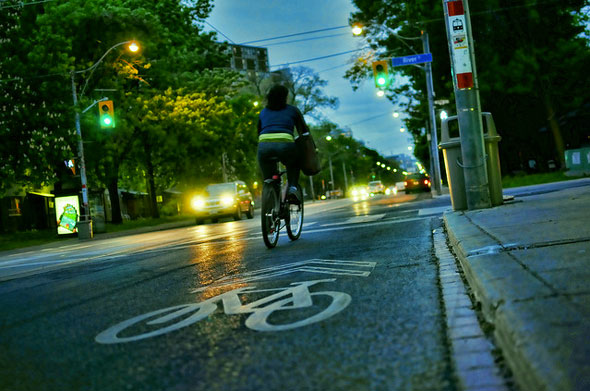 "We want to repeal the bylaw that says you can't ride two abreast. There's been a lot of support from my colleagues across the hall so I'm hoping we will be able to get this motion passed."

"What this is intended to do is to support cyclists that are out in the morning doing their morning rides as a group where there is no traffic and allow them to ride more safely."

Councillor Karen Stintz is feeling good about her motion to repeal a bylaw that could result in fines being issued to cyclists who ride side-by-side on city streets. Existing Ontario highway rules already prohibit cyclists blocking traffic, she says. 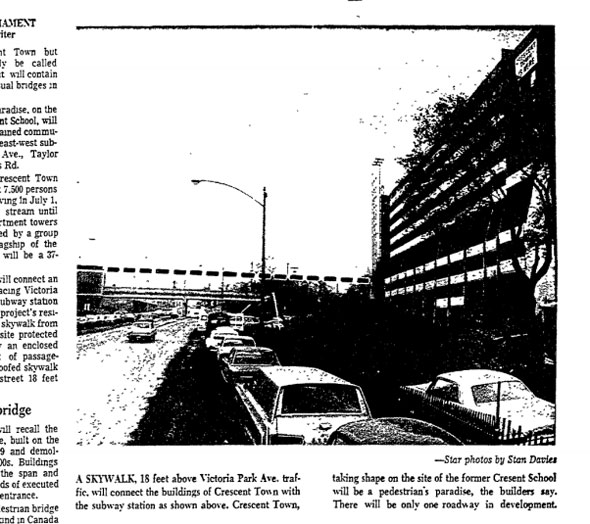 News this week that the arched roof of the Skywalk - the walkway connecting Union Station with the Rogers Centre - will not be demolished means the city will hang on to one of its most photogenic interior spaces for the foreseeable future (the arrival of the Union-Pearson Express platform might change the feel of the space somewhat.)

The raised walkway wasn't the first in the city to be dubbed a "Skywalk." That award goes to a pair of covered bridges in the high-rise Crescent Town neighbourhood. Finished in 1970, the largest of the two bridges spans Crescent Town Road and was planned, apparently, as a homage to the UK's original London Bridge, a space that was wide enough for stores on either side.

The second bridge, 240-foot long, crosses Victoria Park Ave. and connects with the subway station. It passes over the road 18 feet above grade. Access to both was made via a network of buried passageways designed to shield residents from the weather.

A Toronto Star report written when the neighbourhood was approaching completion called the pair "the most unusual bridges in Canada."

"WHAT'S THAT THING" - AN URBAN EXPOSITION 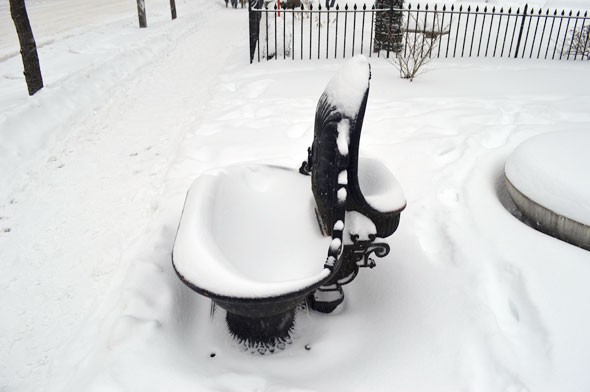 This snow-covered iron device at the southeast corner of St. James Gardens has seen plenty of hearty quaffing in its long life. A combination drinking fountain and horse trough, these municipal refreshment stands were once a common feature of major intersections in Toronto. A font of a similar design - possibly even the same one - was in use on the northeast corner of College and Spadina in 1899.

Working horses drank out of the larger bowl nearest the street while thirsty pedestrians used a cup on a chain attached to the raised vessel at the back. Currently, the drinking fountain on King Street isn't hooked up to the water supply, but maybe that's for the best. 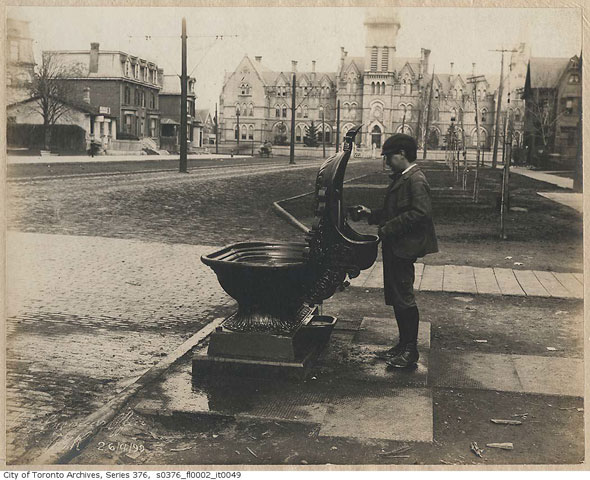