The Perry Condos is an Avenue and Davenport midrise set to receive occupants sometime next year. This building offers all the luxuries you never knew you needed — a piano lounge, reading room, and people wearing white gloves — just so long as you're prepared to pay. Units start deceptively low in price at just shy of $400,000, but if you're keen on a separate shower and soaker tub, multiple bathrooms, and room for actual full-sized furniture, you should be ready to fork over some serious cash. Here is a closer look at The Perry Condos. 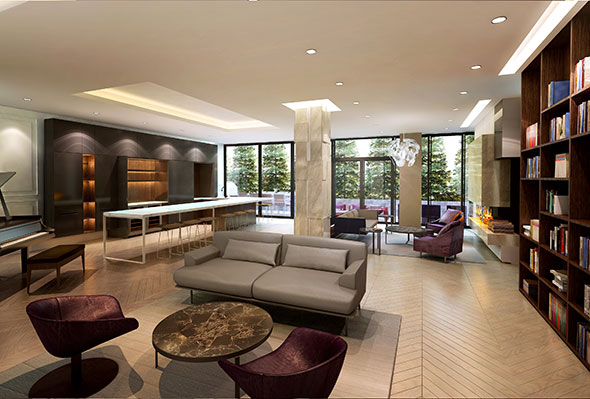 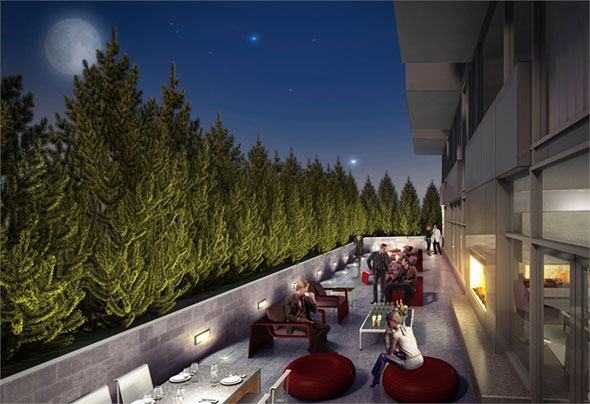 This is one area that will never go out of style. Of course, this isn't the Parkdale-is-suddenly-hip-type style, but rather, a venerability that is much more established in general regard. In that way, an investment in The Perry would probably offer a little more peace of mind (in the long term, at least) than, say, a condo purchase in Corktown or King West that might waver based on reputation and whether a nightclub moves in next door. That just won't happen at Avenue and Davenport.

While it certainly isn't the most "happening" of neighbourhoods (excitement might be limited to the new arrangements at the nearby flower shops), Perry residents will have some superb dining and cafÃ© options close by, as well as (splurge) shopping options down the road, Ramsden Park next door, and accessibility in the form of Rosedale, Dupont, and Bay subways stations all about a 15 minute-walk away. Of course, for the buyers who opt for a million-dollar "Two Bedroom Plus Library" condo, I doubt nearby public transit will be much of a selling point. 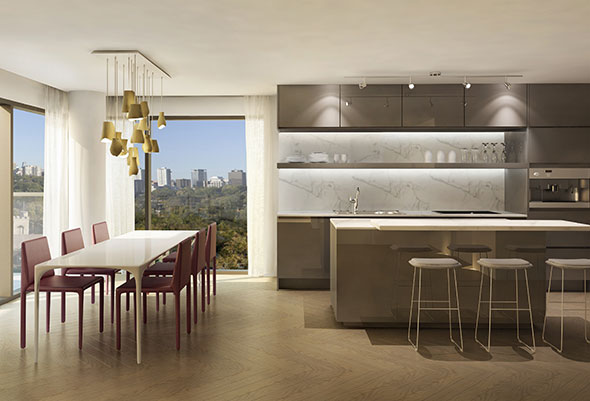 Now, it's easy to laud a million-dollar condo that's plush with plenty of luxuries (separate shower and bathtub in the master ensuite, 2.5 baths, separate living and dining spaces), but I'm keeping an eye out for the non-venture-capitalist types who might want to keep their purchase, oh, under half a million dollars. And yes, The Perry has some quite acceptable options. Take the smallest unit — the 540 square foot one-bedroom option. Equipped with a 61 square foot balcony, the condo is quite functional with a proper, window-outfitted bedroom (which, sadly, is not always the case with Toronto condos), a corner kitchen with an island and premium Gaggenau appliances, hardwood floors, and an open foyer space.

It's definitely a step up from laminate and natural-light-free bedrooms, which is what you can sometimes find for the same price in an arguably less desirable spot in the city. If I had my pick and unlimited funds, I'd absolutely go for the 1,300 square foot two-bed-plus-library, but down here on earth, the 500-something-square-foot one-bedroom would certainly do, too. 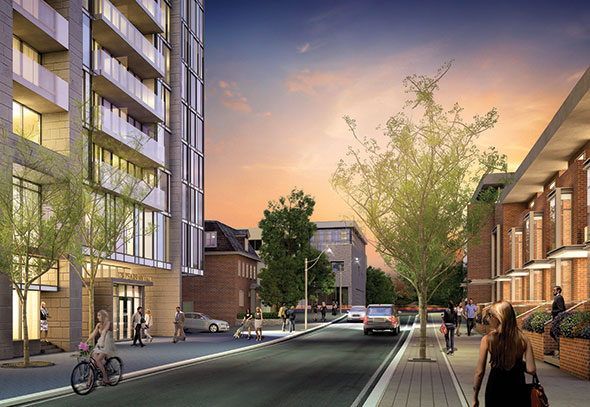 That dreaded phrase — "Priced from..." You never really know what it means until you sit down to cross your T's, or, more appropriately, add in your zeros. The cost from the get-go is already pretty steep at around $700 per square foot, and that figure will likely only go up based on unit location in the building, date of closing, and perhaps the mood of the sales agent that morning. It's also somewhat misleading to say that Perry units are "priced from" $389,990, when the next lowest figure jumps a whopping $87,000 to $472,990. I guess that's the price of a building with a "piano lounge" and ensuite "libraries" instead of "dens." 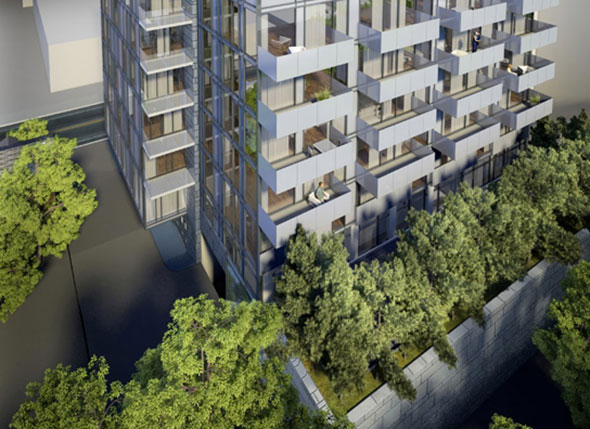 At that price point, however, you have to wonder why someone would opt for a one-bedroom condo — even if it is walking distance to Hazelton Lanes — over a semi- with some land that is perhaps a little further from the core. Did I just answer my own question?

The Perry is definitely an aesthetic improvement over the parking lot previously occupying the spot, but I can't help but think that the structure comes off as somewhat generic when considering the profuse use of glass in seemingly every new Toronto condo. Yorkville is one that can get away with a little brick and stone — a more classic, timeless exterior faÃ§ade. Glass, in this case, just seems a little too easy. 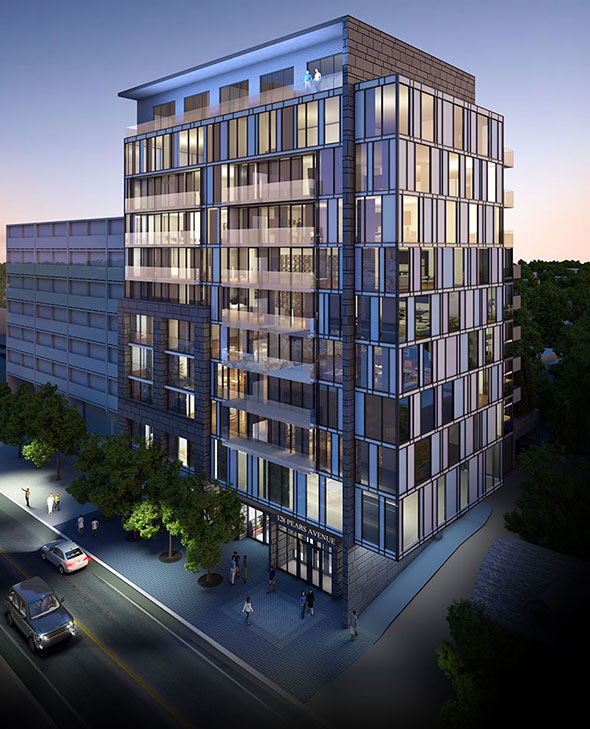