It would be practically impossible to count all the Toronto streets named in honour of a local do-gooder or titled to butter up some colonial leader in the hope of currying personal favour. So when city leaders decide to rename a street, as was proposed this week with Jack Layton Way, there are strict protocols that ensure history is preserved an no-one gets away with anything iffy. Some of the highlights of Toronto's naming procedure are featured in this week's post.

Also, ad creep, the encroachment of advertising in public spaces, is a constant concern for those interested in maintaining the quality of Toronto's streets. A possible resurrection of ad wraps on city ferries raises important questions about where we draw the line with advertisers and whether money should ever be a deciding factor in these sorts of decisions. Below is a brief primer on the issue. 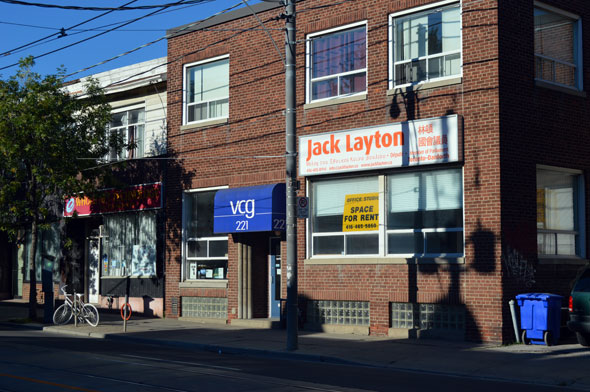 This week, officials at Bridgepoint Health, the health centre at Broadview and Gerrard currently undergoing major renovations, revealed they are considering naming a new street on the complex after late NDP leader Jack Layton. The road, which could form part of the old Don Jail Roadway, will likely be named Jack Layton Way.

Because it's partially on private property, it isn't clear if the road will be subject to the same naming conventions as regular city streets that receive honourific names for local worthies. The city is actually pretty strict about how its roads are named and there are a short collection of rules any name changes must abide by. Here are some highlights: 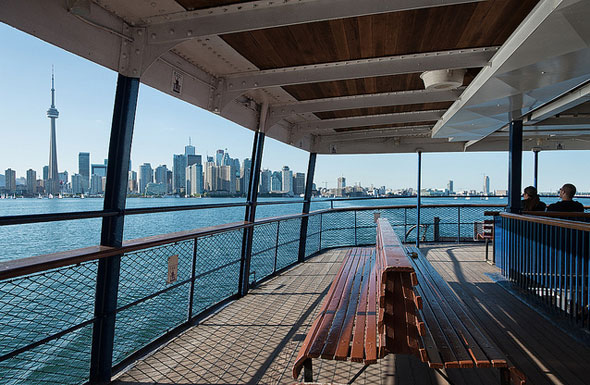 The perennially cash-strapped TTC has long offered a variety of advertising solutions, including subway station panels, vehicle interior signage, and most noticeably, full wraps of its streetcars. This week, plans to coat the city-owned ferry fleet in adverts made headlines.

Back in 1999, the city briefly covered the Sam McBride in a red-and-blue Kool-Aid livery only for Heritage Toronto to cancel the pilot scheme over fears pasting Toronto's stately fleet with promotions for soft drinks would make the city look sort of dumb.

That sort of revenue is nothing to sneeze at. Using those figures as a very rough guide, the city could net in the region $100,000 a month, minus the cost of installing the advert. Back in 1999, the city received $60,000 for both sides of the Sam McBride.

In fact, it made something of a media event out of the whole thing. A press release ahead of the Victoria Day weekend that year read "The Sam McBride, newly decked-out with wacky, colourful Kool-Aid smile banners, will be christened with Kool-Aid and launched with a rainbow of Kool-Aid smile boats. The event will kick off a summer of fun at the Toronto Islands."

Except it didn't. Residents hated the tacky marketing scheme and despised the painted faces grinning goofily from the side of the boat even more. When it finally nixed the ad, Heritage Toronto noted that "advertising on the sides of the ferry should be considered with caution" in future as the boats have historically been marketing-free zones.

The entire debate raises questions about what sort of cash value we place on our public spaces. Defending the Kool-Aid idea in 1999, a rep from the parks department said the wrap struck the right tone because it emphasized summer fun, not alcohol or cigarettes. Should appropriate ads be permitted on the side of Toronto's ferries for the right price? 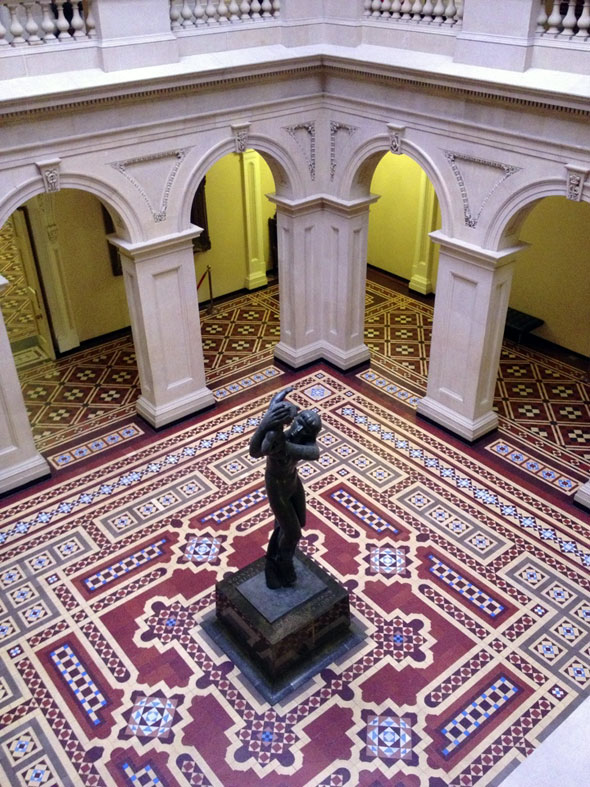 Rob Ford's appeal hearing in courtroom three of Osgoode Hall this week gave many city hall watchers and members of the public their first glimpse inside the ornate historic building. One of Toronto's first major construction projects, the east wing of Osgoode was built on the northwest corner of York at Lot and College streets, the former names of Queen and University respectively, in 1829.

The building was expanded and modified at several times until it reached its present form in 1857.

Here are some other tidbits about Osgoode Hall:

Photo: Chris Bateman/blogTO, "Just A Ferry Ride Away" by syncros from the blogTO Flickr pool.