It may seem quaint now, but at the dawn of the home video age renting tapes was a magical experience. It had taken only a few years for the VCR to evolve from being a costly accessory which allowed viewers to time shift conflicting TV schedules ("You don't have to miss The Fall Guy because you're watching Gavilan") into a bone fide extension of the Hollywood experience in the comfort of their own living rooms.

In 1977, entrepreneur George Atkinson bought one Betamax and one VHS copy of every title in the Magnetic Video catalogue and began to rent them out to the public in the very first video store in North America, "The Video Station". Renting out movies as a business immediately caught fire, and soon almost every Mom & Pop shop, hardware store and gas station carried a variety of VHS and/or Betamax tapes which could be taken home for the night if you laid down cash for a hefty membership, or an even heftier deposit. 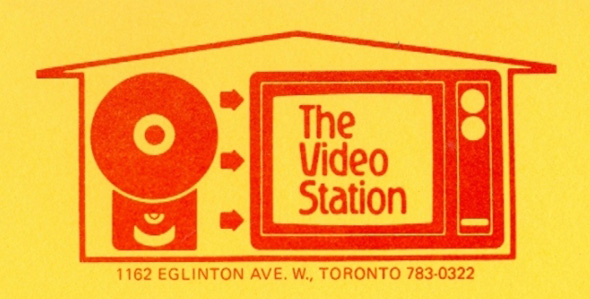 Alongside the tapes and oversized bags of popcorn, these outlets also rented VCRs: in the early 1980s, even a low end machine retailed for around $1000 so ownership tended to be a folly of the wealthy.

The video rental marketplace proved to be so preposterously lucrative that it was not long before chains rose up and absorbed the early pioneers. In Toronto, early minor major chains included Jumbo Video, Bandito Video, Videoflicks, Video 99, The Video Station, Major Video, National Video, Video Palace, Super Video, and a little outfit called Rogers Video. Retail stores got in on the act as well, so if you were so inclined you could also rent videos from places like 7-11, Eaton's, Becker's, Canadian Tire and even Loblaws. Imagine that, venturing out for apples and instead coming home with a copy of Breakin' 2: Electric Boogaloo tucked under your arm.

The video stores themselves were houses of wonder, especially if you were young and impressionable. In that innocent pre-internet age, there was simply no way to determine what many of these strange movies were, or where they had come from, nowhere more so than the Horror movie section. Gruesome, lurid artwork on oversized boxes stared down from the top shelf, charging our frenzied imaginations with the nightmarish possibilities of what those forbidden films might hold in store. 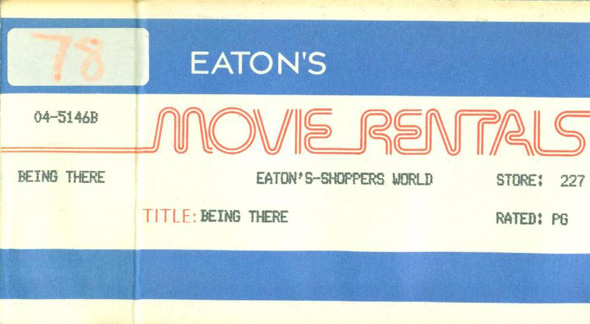 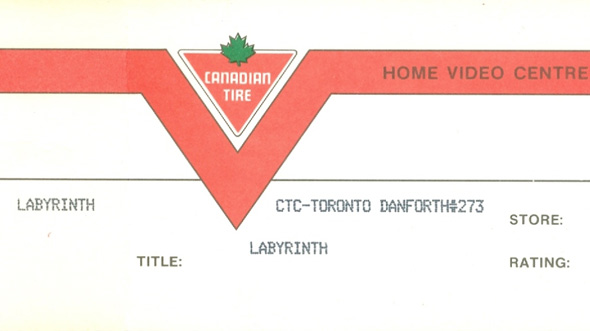 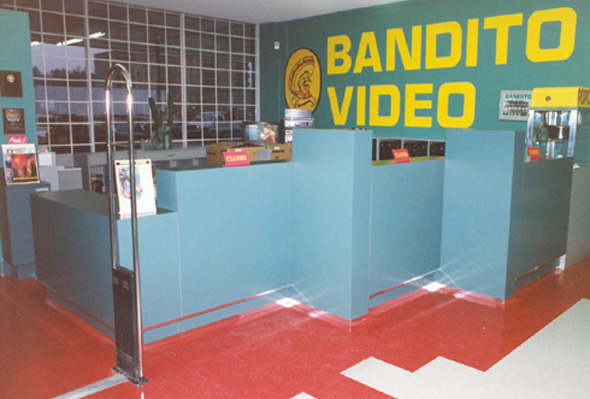 Of course they never quite lived up to the potential of their scary covers, but that was all part of the game (As was the Kabuki theatre of being underage and renting life shaping, trauma inducing hard R-rated material). 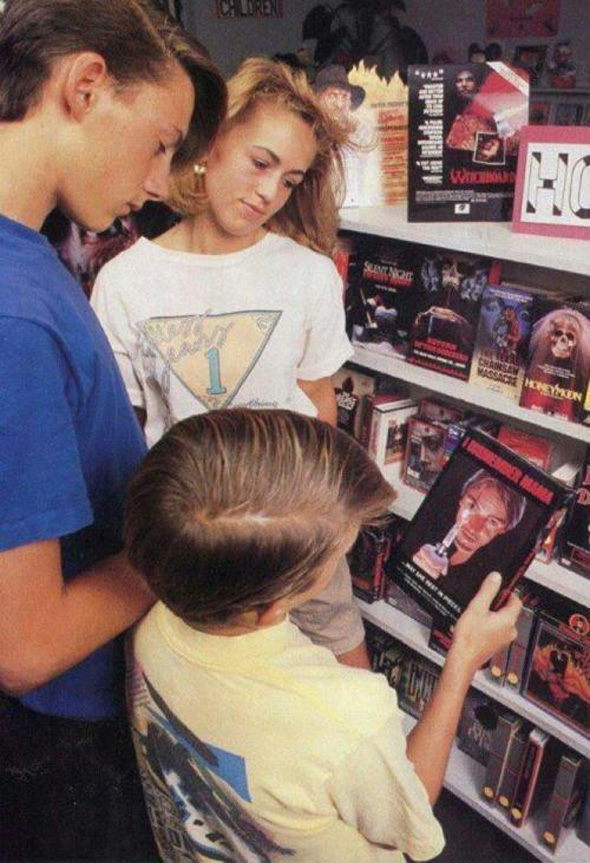 You could easily spend hours browsing the various dusty stacks, only to come up with a few titles, and woe if you limited siblings or friends to only 1 rental. It was also an educational experience, as other than phonebook sized guides compiled by Leonard Maltin there was no IMDB, so much film knowledge could be gleaned from studiously reading the copy on video cases. There was a camaraderie fomented between movie lovers who all gravitated to these places of cinema worship, nurtured at some chains by free popcorn to enjoy while you dipped into their deep cuts.

It wasn't all good - there were the notorious late fees, which if ignored could spiral into asphyxiating debt (indeed, this was where most chains made serious money); the seemingly never in, always out new release titles; the tattered copy of Fast Times At Ridgemont High (or insert any 80s teen comedy here) which had serious tracking issues during that scene because it had been rewound and paused so many times; the beaded-off, grown-ups section which just by entering somehow made you feel dirty and illicit, and on and on.

The arrival of Blockbuster's sanitized chain stores en masse in the early 1990s tempered many of these ills but in turn created a host of new ones. Blockbuster would acquire the stock of their prey (smaller chains and Mom & Pop stores) and then exorcise them of anything non-mainstream or slightly off-beat, which pretty much killed off the weird stuff that used to be so fun to discover. They then proceeded to abandon back catalogues altogether in favour of hundreds of copies of new release titles, which weeks later would then be sold-off as "previously viewed". It was a sad state of affairs when you could no longer rent Gandhi but there were 59 copies of Air Force One in stock at any given time on the shelf. 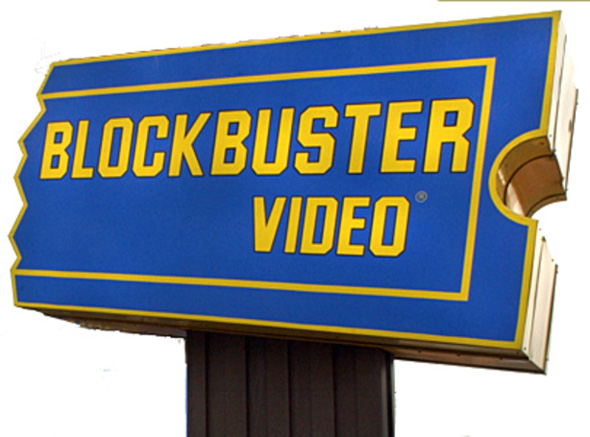 Around the same time as the initial Blockbuster explosion, The Amazing Video Machine appeared, a simple kiosk found in malls and grocery stores stocked with only new release titles. It did not catch on, and the concept died a death before being successfully revived as Red Box.

As consumer technology evolved, the need for traditional brick and mortar video stores evaporated overnight. With sell-through DVDs and Blu-rays, iTunes, VOD, file sharing, streaming, digital film channels clamoring for our short attention, the masses have officially passed on the hassle of seeking out and then returning physical media.

Thankfully, Toronto still hosts a hive of reliable rental stores who managed to bottle some of that early rental store lightning: The Film Buff, Queen Street Video, Suspect, Bay Street Video and Videoflicks (the last one standing) all offer tremendous selections of rare titles, and it's easy to lose yourself in the labyrinth of choice, or to once again be seduced by those enticing yet misleading covers (but let's face it - uniform DVD cases will never capture the enigmatic beauty of VHS cases, with their unsightly different sizes and gloriously excessive clamshell packaging). 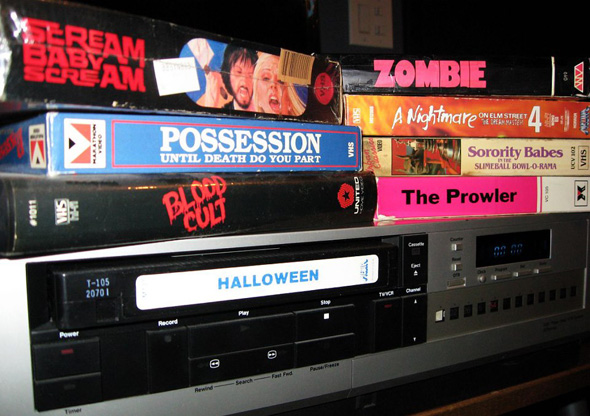 Getting access to movies might be quicker and easier than ever before, but the thrill and adventure of the hunt has been suitably dulled by convenience. Clicking a mouse or remote control through pages upon pages of titles with low-res jpg images and/or YouTube links will never come close to that feeling of digging through walls of heavy tapes, or potentially reward you the way unearthing something rare and wonderful based solely on gut intuition (or a cover full of lies) used to when video stores ruled. 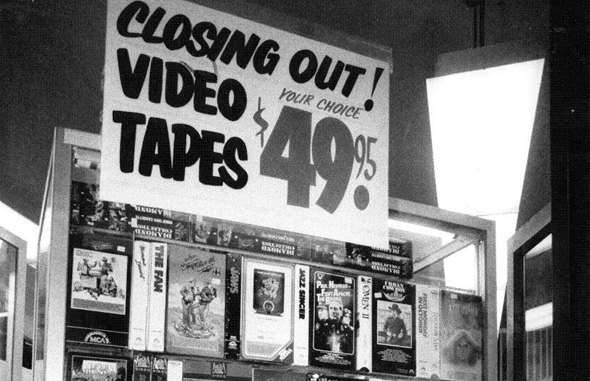