I previously recounted the story of J. P. Rademuller, the first lighthouse keeper at Gibraltar Point whose mysterious demise has led to one of the most enduring ghost stories in Toronto. Tales of bumps in the night and ghostly happenings are also attached to University of College at University of Toronto where two stonemasons caught in a love triangle tragically squared off more than a hundred years ago.

The original University College was established in 1853 out of a desire to create a place of higher education free from religious association. At the time, the only colleges in Canada were affiliated with the Church of England or Presbyterianism.

Three years later, architect Frederick William Cumberland - the man behind the Toronto Street Post Office, Cathedral Church of St. James, and Adelaide Street Court House - was hired to design a home for the college on what is today's University of Toronto campus. 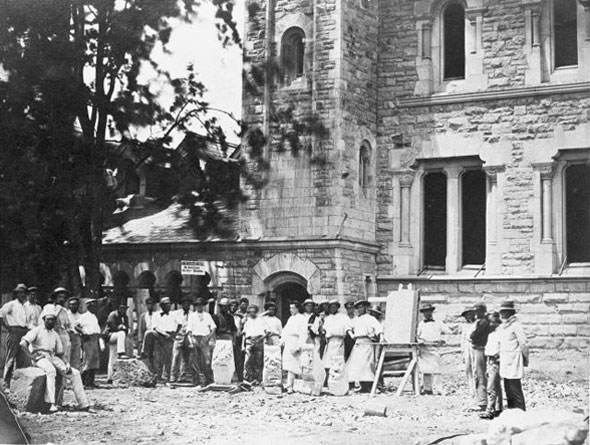 Cumberland's plans called for intricate stonework throughout the grand Norman Romanesque style structure, and a team of stonemasons were brought on to carve gargoyles and detailed patterns while builders worked on the main structure.

Onto the worksite arrived Herculean Russian Ivan Reznikoff and Paul Diabolos, a man described in Douglas Richardson's A Not Unsightly Building: University College and Its History, as "pale, young, handsome and of a subtle nature." A David and Goliath if there ever was one.

The pair worked closely on the construction site and never seemed to see eye-to-eye. It's rumored that the wispy Diabolos hated the sight of Reznikoff so much he carved his nemesis' face, "more like a baboon than a man," into several of the original gargoyles that decorate the building.

Reznikoff, meanwhile, slaved nearby - drinking on the job from his hip-flask - producing lesser-quality, shaky stonework. Despite his rough appearance, the Russian was engaged to be married and had saved hard to afford the upcoming wedding. At the same time, Diabolos had taken a shine to Reznikoff's fiancĂŠ, Susie, and had persuaded her to elope out west with him instead, along with the Russian's savings. 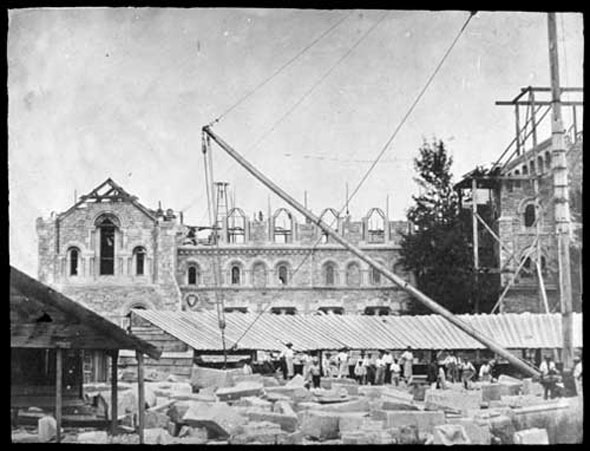 The plan might have worked if Reznikoff hadn't caught on to the plans of the conniving pair and confronted Diabolos on the deserted site one night after work.

After a brief argument, Reznikoff produced an axe and swung wildly at his enemy. Naturally, Diabolos backed off and fled, even though he was carrying a dagger. Soon, the furious, jilted lover had his target backed against the wooden door of the Croft Chapter House. As Reznikoff swung, intent on killing Diabolos, the door swung open and the Russian missed his target, leaving a gouge in the woodwork that is still visible today.

Intent on landing a fatal blow, Reznikoff continued the chase through scaffolds, work tools, and masonry while Diabolos tried to elude his attacker. 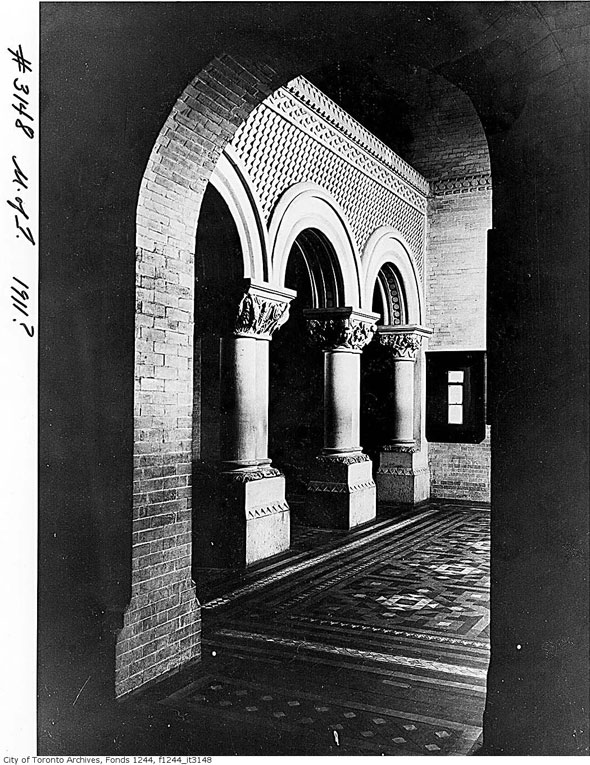 At some point, Reznikoff lost sight of his target and began slowly exploring the construction site, bathed in darkness with the moonlight glinting off the metal of his blade. The place was silent, and Diabolos appeared to have escaped.

Suddenly, Diabolos leapt out from the shadows clutching his dagger and grabbed Reznikoff. The pair collapsed into a heap, each one scrambling to land a blow. Moments later, the Russian was sprawled out, bleeding from a fatal wound to his torso.

Panicked, Diabolos hauled the body to a hiding place somewhere in the building and fled - presumably with Reznikoff's fiancĂŠ - never to be heard from again. The murder would go unreported but the legend would slowly develop among students over the coming years. 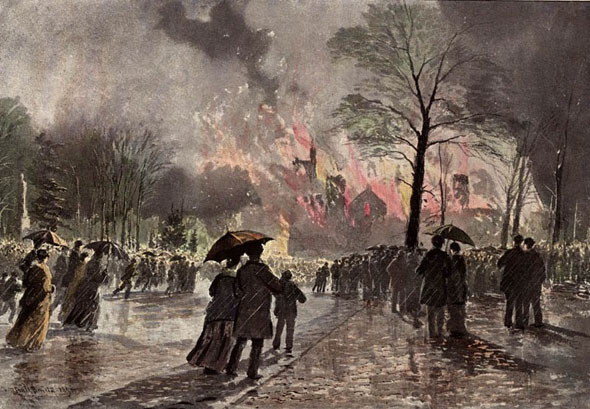 Decades later, on February 14, 1890, lamp-lighters preparing the college building for a visit accidentally started a devastating fire that gutted most of the east wing. While picking through the smoldering remains, workers came across a human skeletal remains, reviving the old murder story.

The skeleton was never confirmed to belong to Reznikoff - some versions of this story say a stonemasons' belt buckle was found too - and the body, sometimes described as headless, was apparently buried on the college grounds nearby. 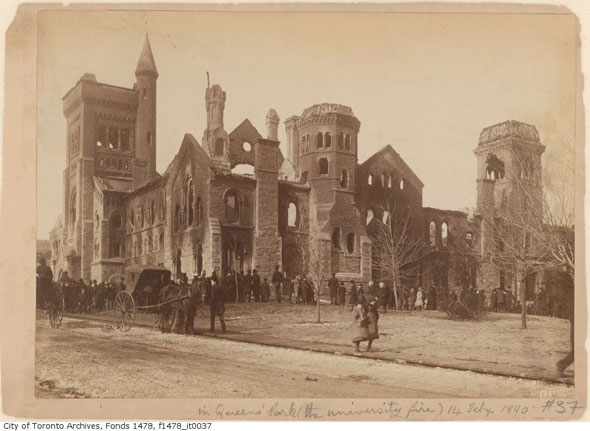 As you might expect, stories like this written more than a century after the actual event use some poetic license. Depending on which account you read, the personalities, physical descriptions and circumstances of the characters will vary slightly. It's impossible now to separate fact from fiction with any degree of certainty.