The CNE is officially cancelled this year which means the thrilling, terrifying, wowing, and nostalgic rides, performances and deep fried everything will need to wait until next August.

Over its many decades, the flavour of The Ex has slowly changed as successive organizers each strive to produce a cleaner, more modern event.

Gone are the freak shows and other sleazy acts - by today's standards anyway - that once made the CNE unmissable to its devoted fans.

A visitor to the CNE in the early part of last century could expect to find divers consumed by flames plunging into pools of water, daredevil horseback performers, and sideshow performers of every conceivable size and shape to stare and poke fun at. 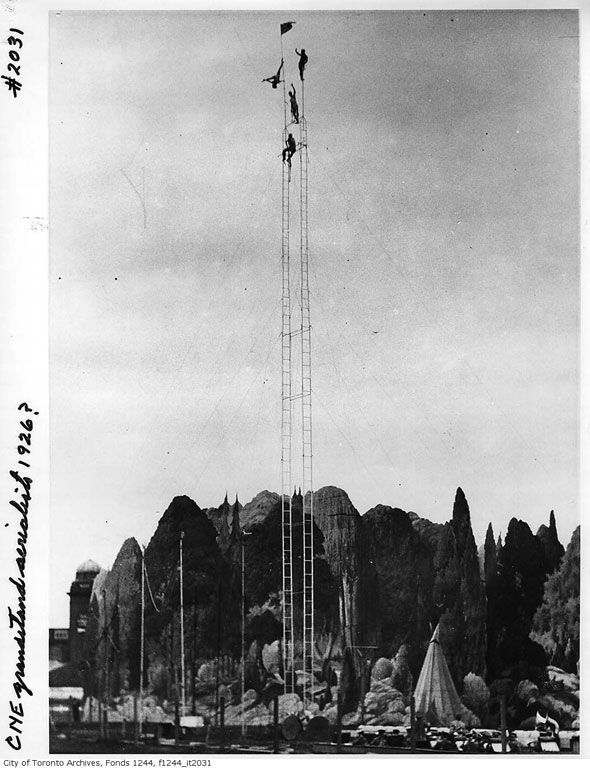 The high divers at the CNE were one such act. 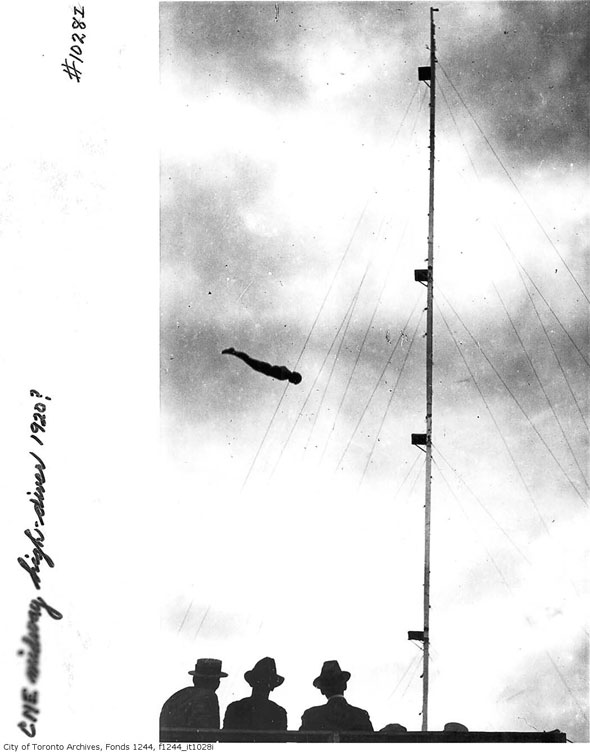 As if clambering up to a perch high above the ground wasn't terrifying enough, high divers would leap, perform a trick - a couple of flips maybe - and splash into sometimes dangerously shallow pools for a shot at applause. 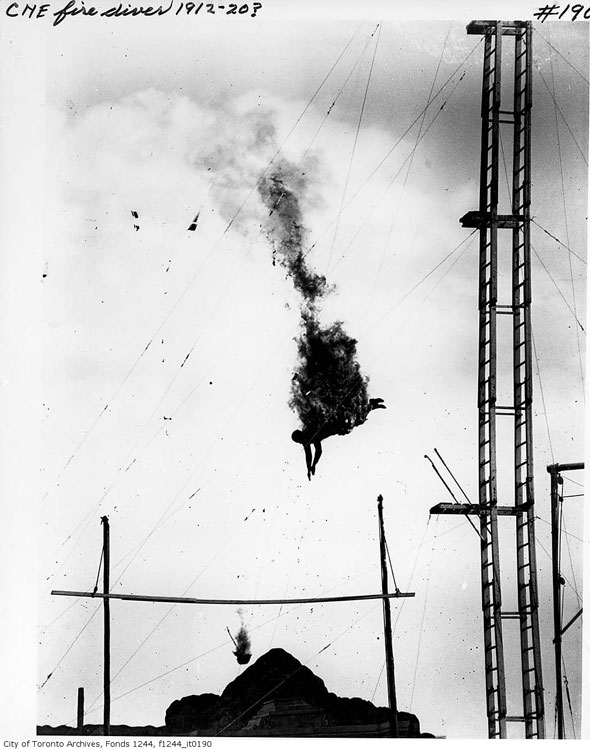 To up the ante, some divers at the CNE set themselves on fire before taking the jump. The falling, burning man made for some spectacular photography as well as a stunning performance. 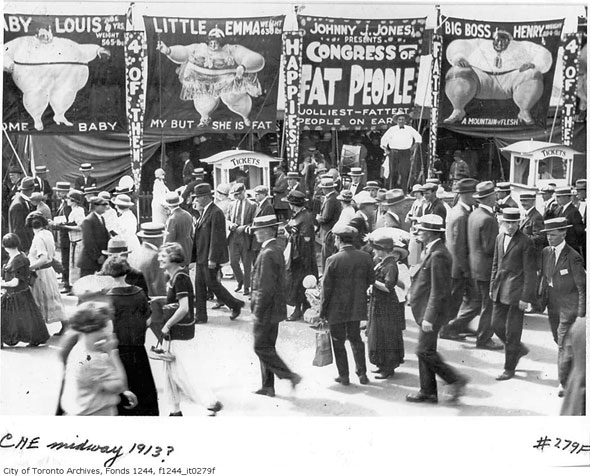 Similarly bizarre were the freak shows. Believe it or not, freak shows of various kinds ran at the CNE until the early 70s. Yes, the Ex had a distinctly seedy element that, like it or not, is now long gone. 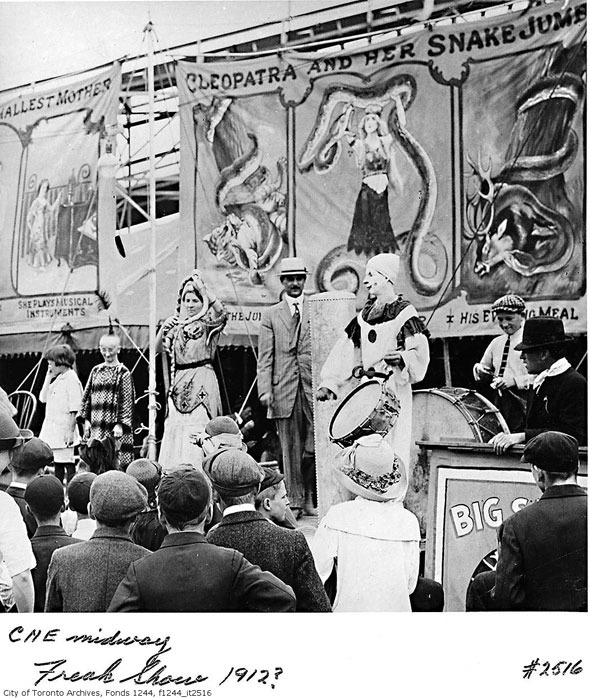 Now considered completely gauche, the touring attractions often featured people who were extremely overweight or underweight, suffering from serious disabilities, or unable to find work in any other field because of their condition. 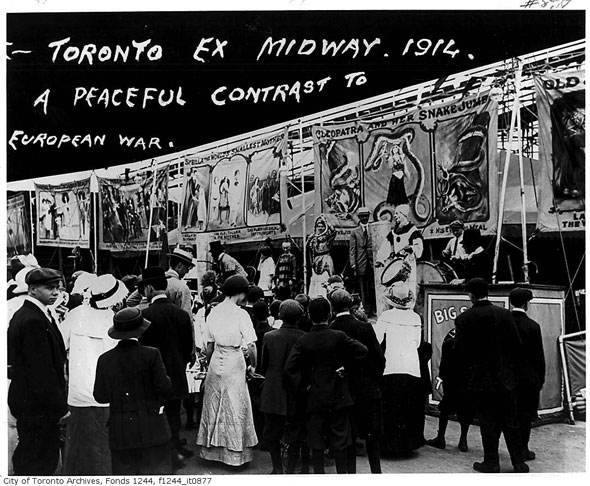 Horseback performers was another popular attraction of years gone by. Animals - especially horses - were, naturally for the time, a big part of the Ex for many years.

Cars were still a relative rarity on Toronto's streets, though they were a hugely popular exhibit at the Crystal Palace, when these photos were taken, and horses were still common working animals as well as a viable mode of transportation. 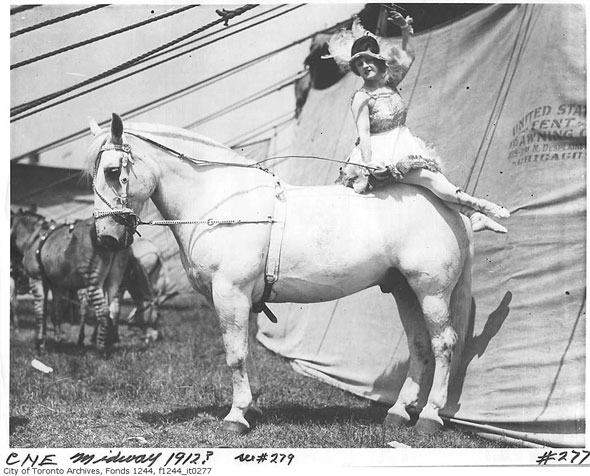 At the Ex, performers wowed spectators with daredevil tricks and perfectly synchronized dance routines all from the back of well-trained horses. 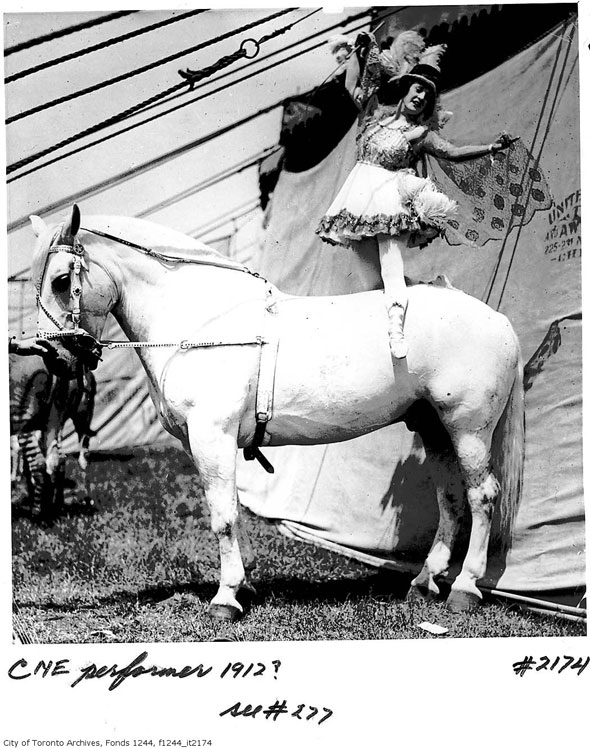 And if horses weren't enough of a draw, elephants sure were. Performing elephants were a staple at circuses and fairs across North America, and the CNE was no exception.

One particular 500-pound, big-eared visitor to the Ex was apparently able to waterski, or at least withstand being pulled behind a boat. 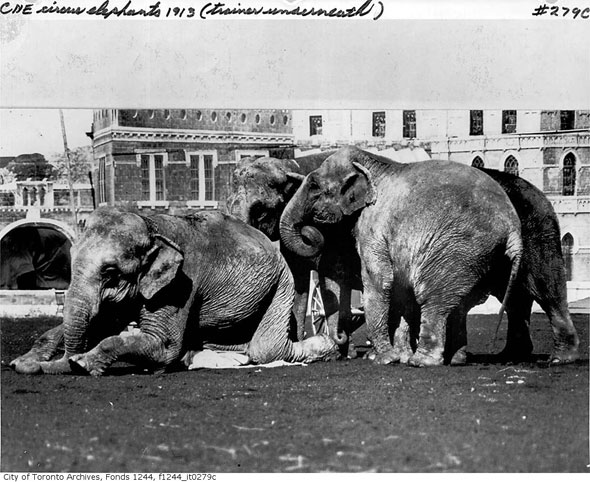 When they weren't wrestling with water craft, the elephants were used in circus acts, parades and countless other highly dubious roles. Off duty, the animals were also available for a bit of old-fashioned gawping. 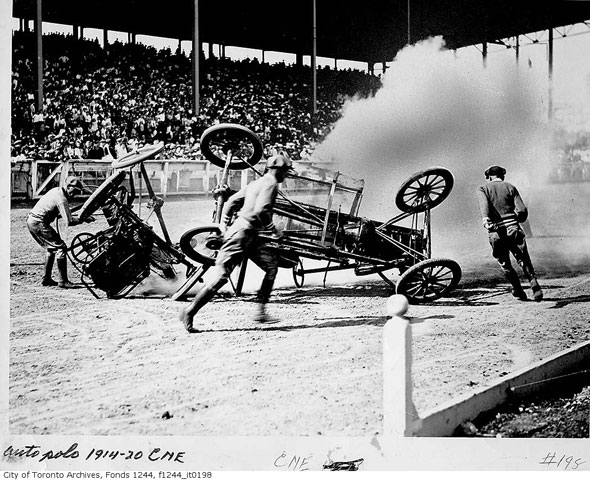 Bike stunts like auto polo were exactly what it sounds like. A game of polo - complete with mallet and ball - with stripped-down, two-man cars instead of horses.

Competitors would swerve, crash, flip and burst into flames all while trying to score points in front of capacity crowds at the grandstand, later Exhibition Stadium. 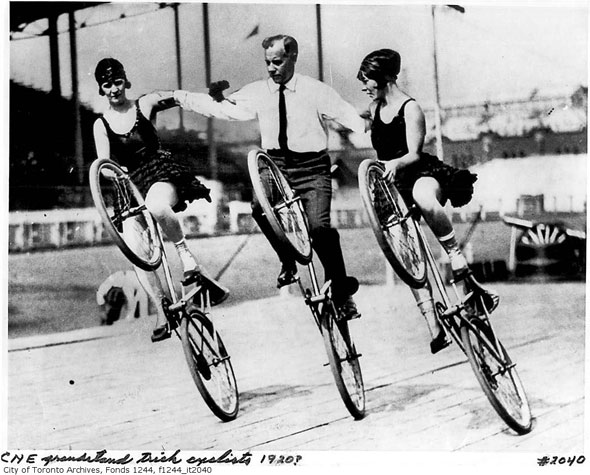 Acrobatic cyclists were also hired to put on an extremely skilled performances inside the same arena.

Though it's doubtful bikes drew as much attention as the roaring autos - cars would later get an entire building at the CNE - I think we can all appreciate the skill involved here.