Sunday Supplement: A look back at Ontario Place, Rob Ford's new SUV, glory days at the El Mo, Parkdale in Super 8, and what we learned this week

Welcome to the new, resurrected Sunday Supplement, a weekly look back at some of the stories that made headlines this past week. In this edition, we remember Ontario Place the way it once was, crunch some numbers on Rob Ford's new wheels, and remember classic rock-outs at the El Mocambo. There's also a digest of interesting tidbits I've gleaned from another week spent glued to the news and some cool Super 8 film of Parkdale from the 1950s.

The image above, which went a little berserk on social media last week, was taken by Richard Gottardo. In case you haven't heard this before, due to its height, the CN Tower acts as a lightning rod. The special metalwork at the top of the tower channels electricity from each strike to the earth safely at least 75 times each year, and sometimes many more. 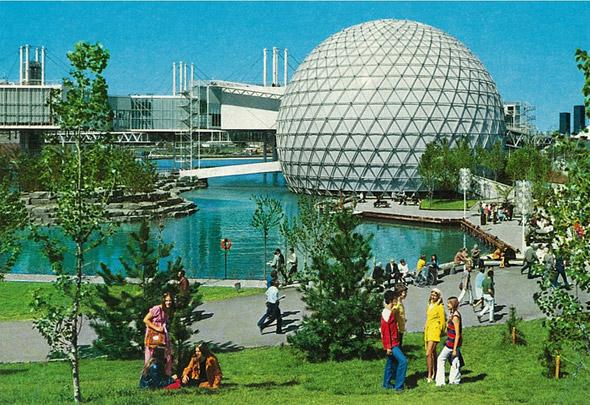 Ontario Place - once a highlight of Toronto's waterfront - is now, sadly, kaput. On Thursday, John Tory, chair of the revitalization panel charged with finding new use for the land, recommended building a public park and undertaking restoration of the Cinesphere and famous pods.

When the park opened in May 1971, it had cost $29 million to construct. The attraction's floating pods were rescued from omission by designer Architect Eb Zeidler who found an innovative way of protecting the foundations from the wave action of the lake. Here are some other figures (oh, and don't forget the theme song): 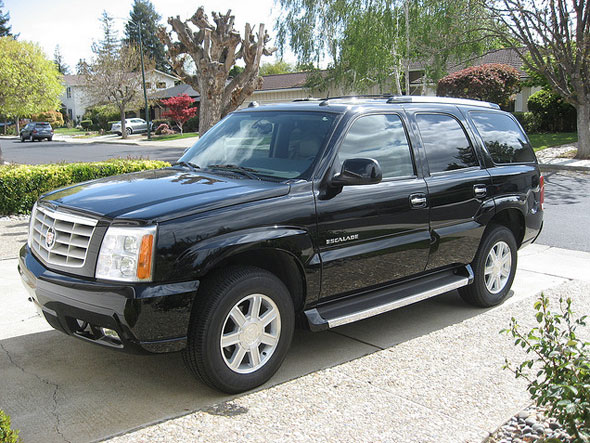 As you've no doubt heard by now, Rob Ford is the proud owner of a brand new Cadillac Escalade SUV (similar to the one shown above), a gift from his brothers Doug and Randy. While yes, the mayor's choice of vehicle isn't entirely relevant, it's still good for a laugh. Let's crunch some numbers on this:

The base model Cadillac Escalade starts at $80,210 and the GM site says the car is "designed for life in the spotlight" while providing "broad-shouldered elegance." A match made in heaven, right? In comparison, $80,210 also buys about 20 centimetres of subway, roughly 60 centimetres of above ground LRT track or 400 stylish Linus bikes, more than enough for all the city councillors and many of their staffers.

For a little extra, the discerning owner can add "Magnetic Ride Control suspension, a power sunroof, glittering 22-inch wheels and an array of other premium features." If they had traded in the mayor's used Chevrolet Uplander, the Ford brothers could have cut up to $5,310 off the ticket price, depending on the condition the vehicle was in.

And now, ladies and gentlemen, the Clash.

Glory Days at the El Mo

Legendary College and Spadina music venue El Mocambo is under new management. Here is a list of bands that have recorded live albums within its hallowed walls.

Parkdale like you've never seen it (unless you're really old)

And now here's a Super 8 video shot by Dieter Engel, a German expatriate who arrived in Toronto in the 1950s. The charming film uploaded by his son shows Engel's arrival on Jameson Avenue, his new apartment, and parts of Queen Street West. Spot the differences.

Finally, it's been an educational week. Here are some things we learned over the last seven days: