Office space for entrepreneurs opens near the Distillery

A new shared office space has recently opened at King and Parliament on the fringes of the King East design district and just north of the Distillery. It's a welcome addition to the east side which, compared to the areas west of Yonge, seems to be under-indexing in office space options for entrepreneurs, start-ups and other small businesses.

Luckily too, the owners of this space know what they're doing. This is the second building retrofitted by Workplace One after the success of its inaugural five story offering near Queen and Bathurst. Full disclosure: blogTO is a tenant of the building at 51 Wolseley Street which is also home (at least for now) to a range of businesses such as the Toronto office of cars2go, Women's Post and Tinman Creative Studios, just to name a few. 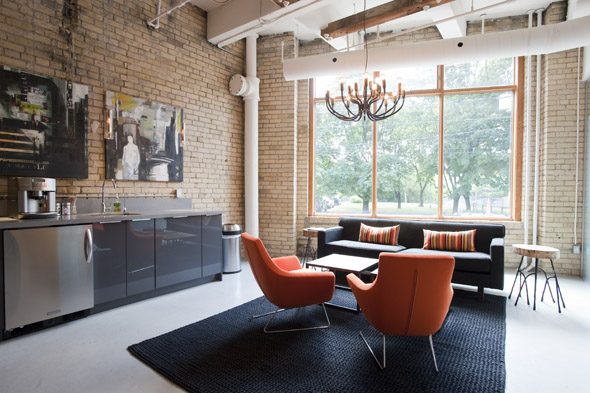 The new WorkPlace One at 341 King St. takes the place of the former home of Studio B which has moved a few blocks east. The building itself has been around since 1911 and an old vault has stood the test of time and now houses the office space's shared printer, fax and photo-copier. 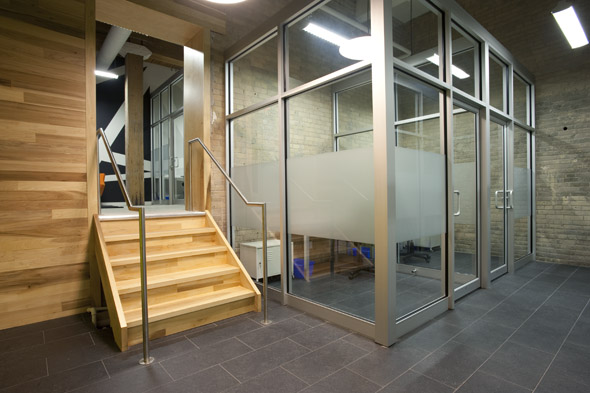 The team at WorkPlace one took over the space earlier this year and undertook an extensive makeover that lasted three months. They have the ground and sub-level of the building which, sadly, means not a lot of natural light or any offices with a view (or windows for that matter). But whoever the designer they hired must have known what they were doing as the furnishings and colour accents more than make up for some of the inherent shortcomings. 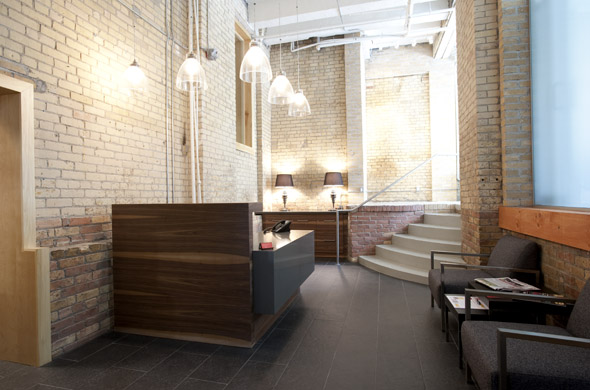 Currently there are 36 offices and capacity for about 85 people. It's mostly still waiting to be filled so I suspect now is the time to lock in a decent deal. The units mostly have fewer desks than the original Workplace One's offerings with most configurations only accommodating teams of two. A handful of larger ones fit up to three or four. 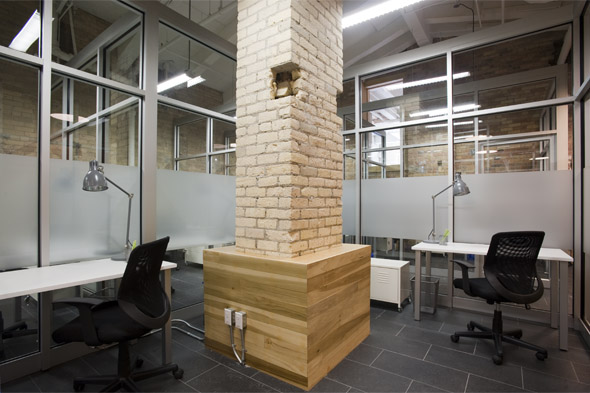 And prices? I've been told that there's a one month minimum and the standard rate for a two person office is $965 ($625 gets you a single). 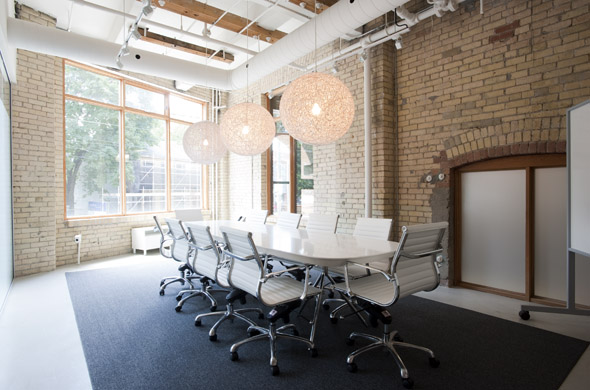 I'd suggest some shortcomings include lack of parking (take your pick of lots or street parking in the area); no hot/shareable desks that you can rent by the day; and that not everything is included in the price. Like most offices of this nature, you need to pony up to use the great-looking boardroom ($45 an hour). On the plus side, the lounge space is plentiful and free to use (for those who already have an office there) and the coffee is free. 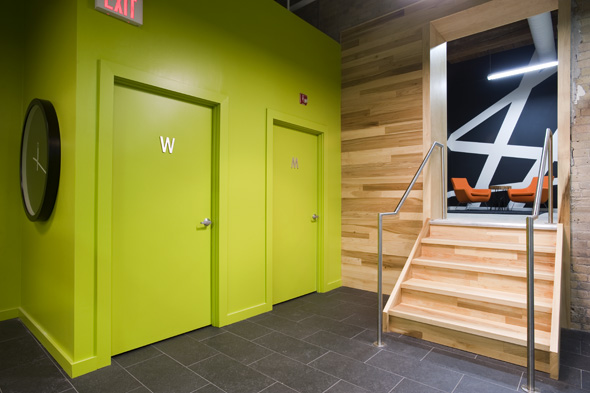 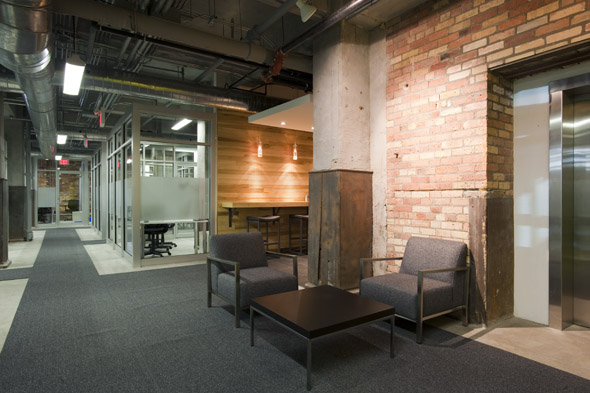 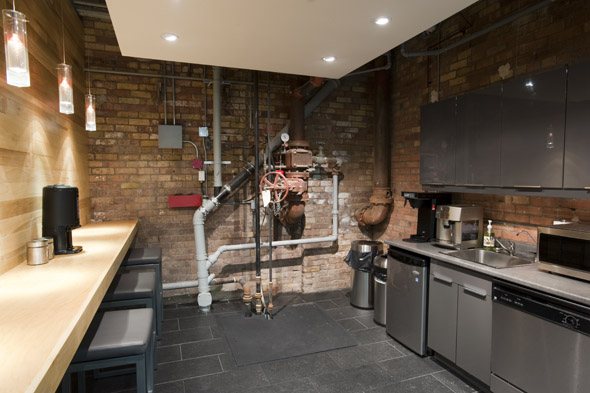 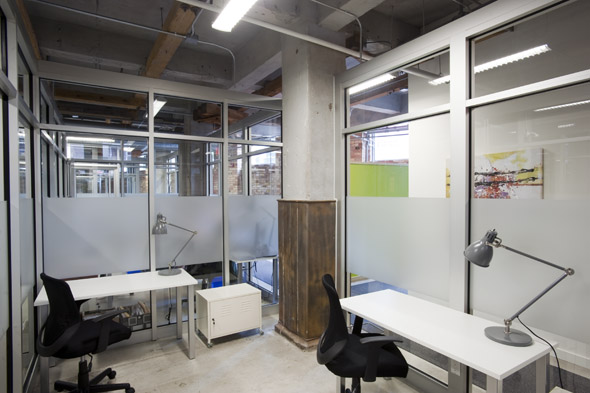 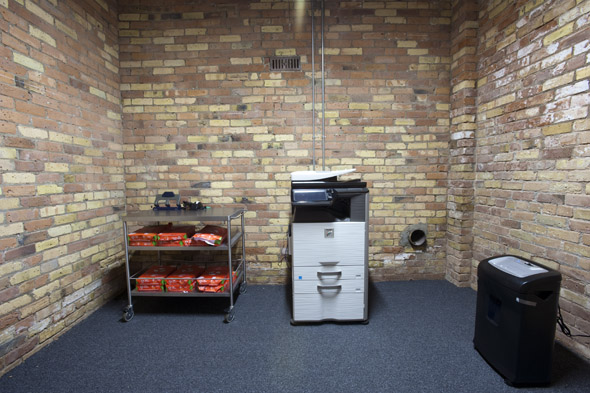 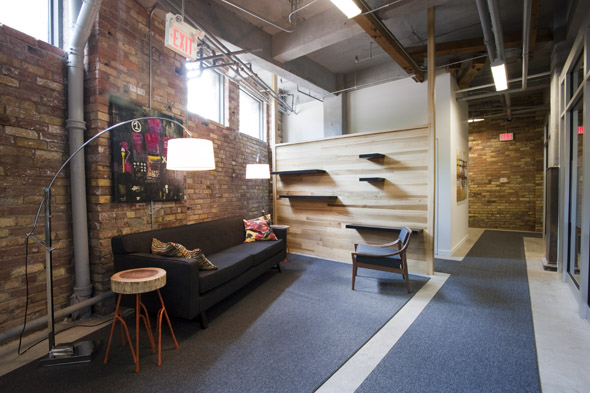 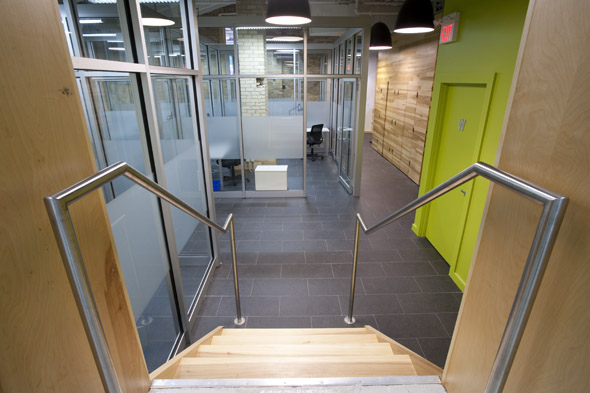 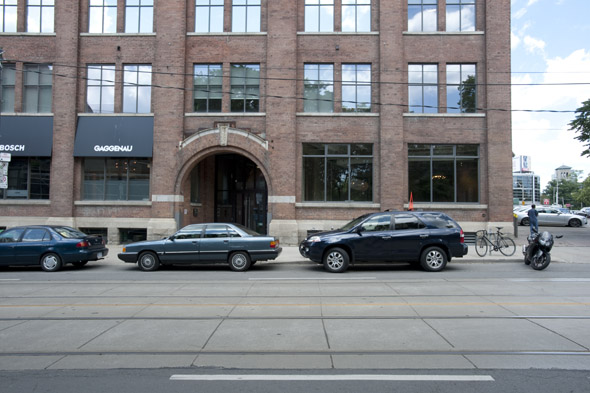