The TTC route map gets the 8-bit treatment 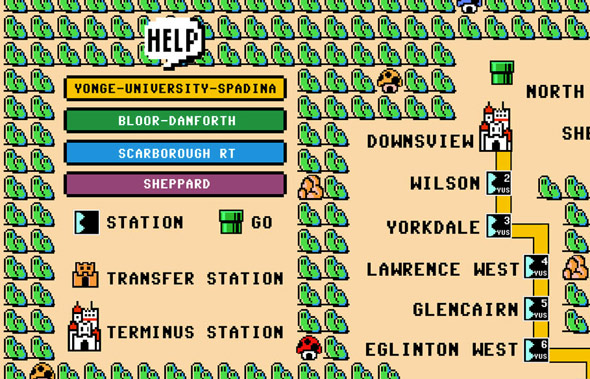 Posted by Dave Delisle to his blog before appearing on Reddit yesterday, this Mario Bros.-inspired TTC route map deserves a whole sheet of gold stars. And while the Toronto version is not the only one out there — the artist has previously put together similar maps for the Vancouver SkyTrain and Calgary C-Train — we can perhaps claim it as the best. 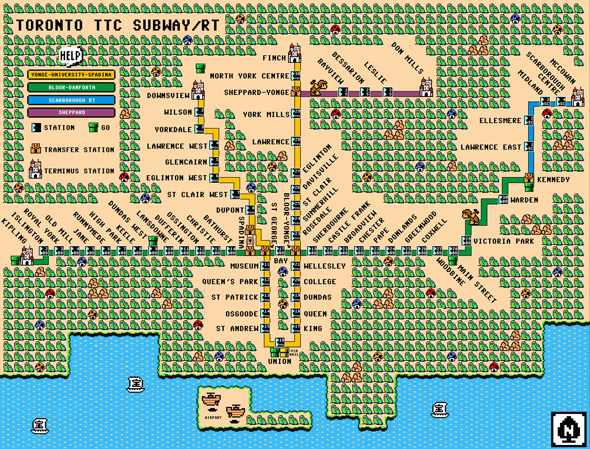 There are already some good examples of 8-bit renderings of Toronto out there, but this one ratchets up the nostalgia (not to mention the geek catchet) to a whole new level with its marriage of the TTC and retro video game graphics. One can only imagine what fun it would be to ride this line. Want to dispatch a fellow passenger? Just jump on his or her head. 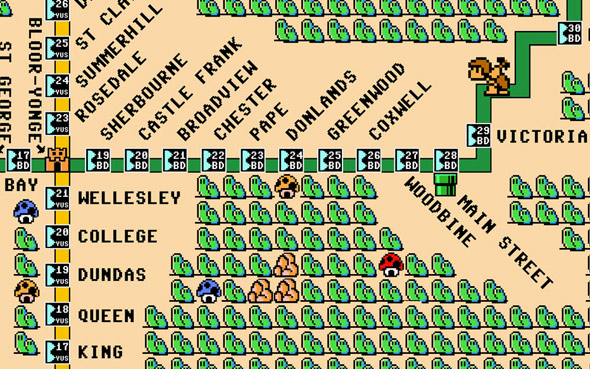 When I was in 5th grade, I traded an Atari system with 50 games and $40 cash for a Nintendo with Mario Bros. and Rad Racer. Despite the hefty cash top-up, it remains to this day one of the few business transactions I've been a part of that really went all my way (sorry, Atari). For about the same amount, you can buy a huge poster print of this map. Sounds like a good deal to me.

For various purchase options, check out this page.