The Doors Open Festival is back for 2012 this weekend, offering the public access to many spaces throughout Toronto that are typically hidden from view or restricted in some manner. Now entering its 12th year, the event has never been more popular — which is great from a civic interest standpoint, but not so good for those who despise line-ups. To avoid spending an exorbitant time waiting around to get into places, one needs to prioritize which buildings he or she most wants to see and arrive at them early.

We've posted guides to Doors Open in previous years, so once again I'll try to keep the focus on buildings that are new to the program or that we haven't devoted much attention to in the past. For those who haven't attended the festival before, see the "old favourites" section near the bottom of this post.

In addition to our picks for 2012, some of the more useful tools for navigating this year's event are the various mobile apps available for download. I'm partial to Doors Open Mobile Toronto by Brian Gilham for its breakdown of buildings (categories include new buildings, accessible buildings, those with on-site parking, washrooms, kid-friendly attributes, and a green component), but there are others that do a decent job as well (and that are available on multiple platforms). 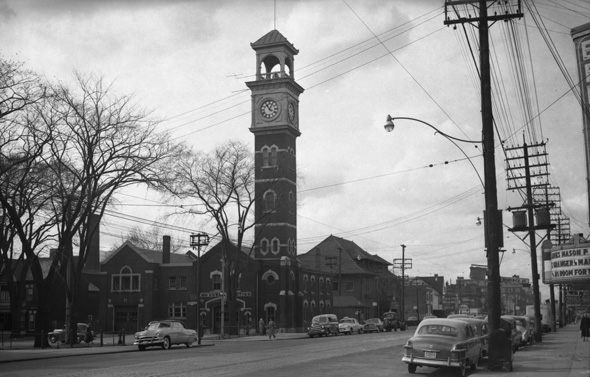 Fire Station 315
Although it's a shame that the public won't be allowed up the iconic tower (must be quite the view), getting an inside look at a fire station is always intriguing. Parts of the building date back to 1878, though extensive renovations were done in the 1970s after the original tower was damaged by a fire (anonymous internet commenters: commence discussion about the meaning of irony now). Sat/Sun, 10am-5pm.

One King West
One of Toronto's more interesting adaptive re-use projects of the last decade, One King West used to be the home of the Dominion Bank (and was once one of Toronto's tallest buildings at 12-storeys in 1914). Visitors will get a look at the Grand Banking Hall, the Chairman's boardroom and the vault — each of which are fascinating in their own way. Sat/Sun, 10am-pm.

Li Ka Shing Knowledge Institute
A possible frontrunner for a PUG award this year, this research centre is an exciting addition to Toronto's architectural landscape. Guided tours will highlight significant features, including the nifty pedestrian bridge that connects the building to the hospital across the street. Sun, 10am-5pm.

TTC Roncesvalles Carhouse/Division
It wouldn't be Doors Open without a behind the scenes look at the TTC. One of the older buildings still used by the Commission, the Roncesvalles Carhouse provides storage and maintenance facilities for some 130 streetcars and has been around since 1921. See it now before Doug Ford calls for its demolition. Sat, 12-5pm.

Weston Masonic Temple
You may not be asked "to join the club," but at least you'll have some sense of what goes on at these Masonic Halls. Well, maybe. It's always possible that the secret stuff remains outside of the public's purview. Spooky — maybe. Intriguing — definitely! Sat/Sun, 10am-5pm. 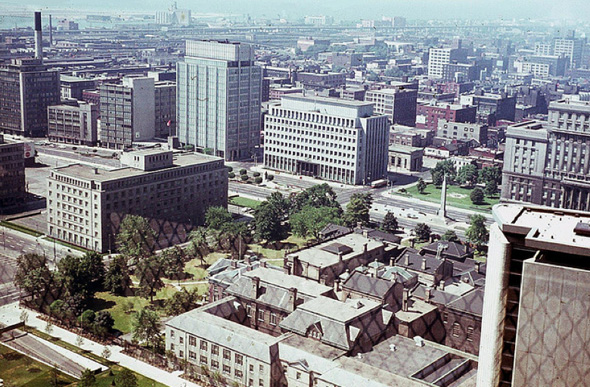 City Hall
Ok, so this one isn't new, but who could resist the chance to go snooping around in Mayor Ford's office? Plus, he won't be there to get angry when you touch his stuff (don't worry about the staff). Equally compelling is the chance to shoot photos from the 27th floor observation deck at the east tower. Compare the view with the one in the photo above, taken in 1966. Sat/Sun, 10am-5pm.

TIFF Bell Lightbox
If taking photographs isn't a part of your Doors Open experience, then this look at TIFF's Film Reference Library will probably be fascinating. If you're more into shooting the various venues on offer, skip this one because cameras are a no-go. Sat/Sun, 12pm-5pm.

The Bay
We don't typically recommend places that are easily accessible throughout the year for Doors Open visits, but the promise of a "behind-the-scenes' look at some interesting spots located in-store" might just make a visit to the Bay's flagship store worthwhile. In other words, if you're already doing City Hall, you might as well check this out. Sat, 10am-5pm / Sun, 11am-5pm.

ALSO WORTH A LOOK 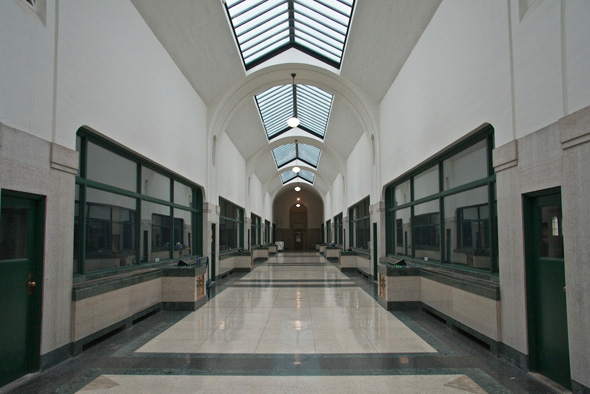 For a comprehensive map of Doors Open 2012 locations, check the event website.