A first look at Underpass Park in Toronto

Underpass Park has yet to be officially unveiled by Waterfront Toronto, but the current state of the site underneath the Eastern Avenue overpass gives the passerby a pretty good idea of the what unique space will look like when the fences come down later this year. This first stage of the project already features basketball courts, playground infrastructure, and shows off just how the park will serve to revitalize a derelict bit of city space.

The whole thing is quintessentially urban and, dare I say, almost un-Toronto-like. We're not really a city bereft of space, so many of our parks lush and spacious affairs. But that, of course, is what makes Underpass Park so novel and exciting. As Christopher Hume noted recently, this is the first major attempt to "deal with the Gardiner." Even if these ramps actually have more to do with the DVP, his point still stands. There are significant tracts of unused (or at least underused) space across Toronto that could benefit from similarly progressive thinking.

Although it seems to exist in the middle of nowhere right now, as construction proceeds in the West Don Lands, you can bet this space will prove crucial to the community to come. It's also set to get much bigger as the section to the west of St. Lawrence Street is slated for future development as part of the second stage of the project. 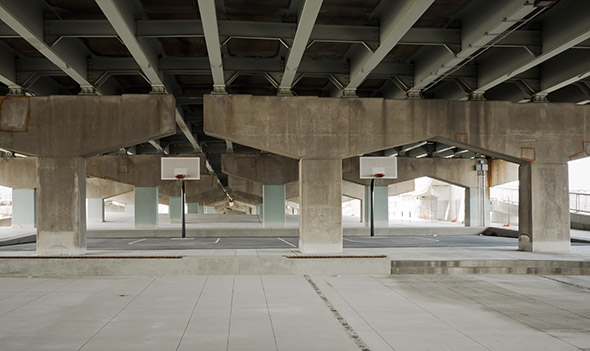 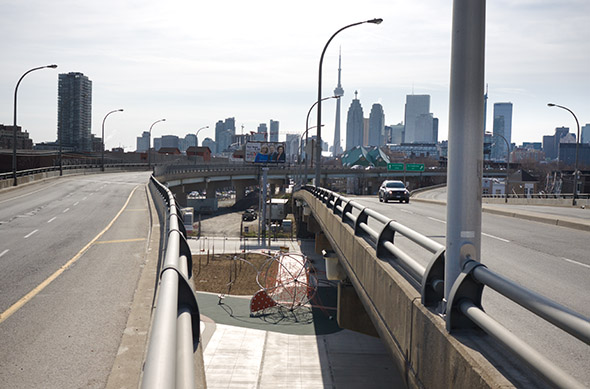 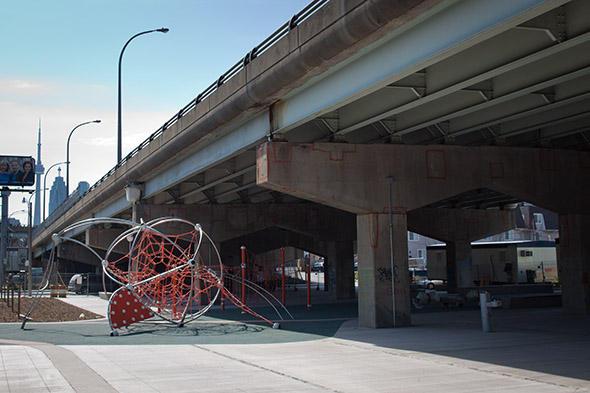 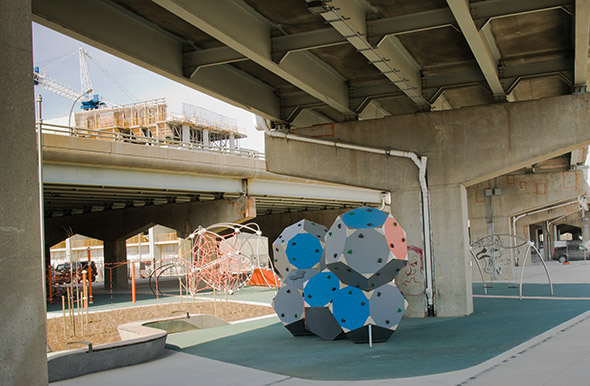 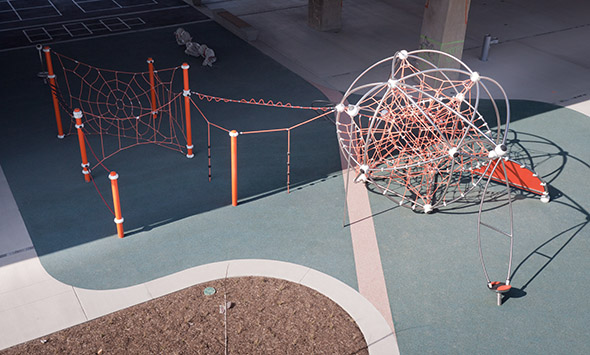 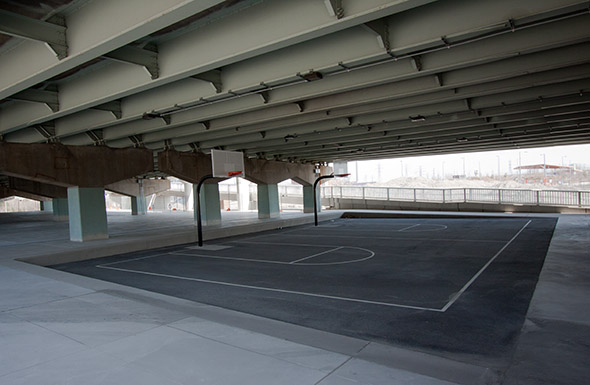 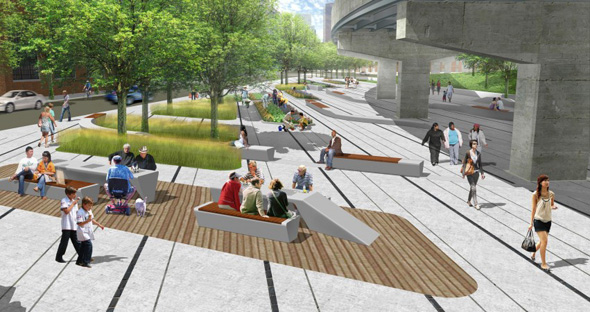