More stories about the origins of Toronto street names

A couple of weeks ago I investigated the meaning behind some of Toronto's street names and explained why a road miles from the seat of government is called Parliament Street, how a battle in the Napoleonic wars gave its name to a street near High Park, and who gave Spadina Avenue's its semi Native title.

There wasn't enough room to cover the entire city in just one post and there were plenty of choice tales left over for this: part two in a collection of street names and their backgrounds. A lot of this information can be traced back to the research done by Leonard Wise and Allan Gould for their definitive book on the subject, Toronto Street Names. Be sure to grab a copy for more insight into the history of our street nomenclature.

Despite pushing for migration from Britain to Canada after the war of 1812 and granting the charter for King's College, Henry Bathurst, 3rd Earl Bathurst, never felt the need to visit the country he took an active interest in shaping. In addition to Bathurst Street, the Brit also gave his name to Bathurst Island, Nunavut and the city of Bathurst in Australia. Random fact: Henry Bathurst was portrayed by Sir Christopher Lee in Shaka Zulu, a South African TV series.

The fun-loving, north-south nightlife spot gets its name from the slightly more formal surroundings of Ossington Hall in Nottinghamshire, England, the ancestral home of the Denison family who were early land owners in the area. Ossington Street in London is named for John Evelyn Denison, 1st Viscount Ossington, a former speaker of British House of Commons born at Ossington Hall. 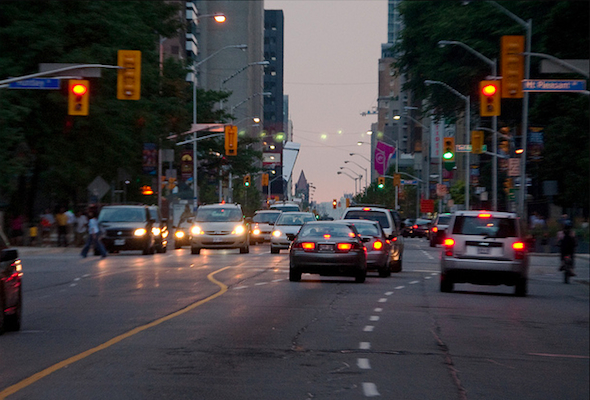 Named for Joseph Bloore (no-one seems sure how the "e" got lost), Bloor Street was called variously Second Concession, Tollgate Road, St. Paul's Road and Sydenham Street until 1855. Bloore ran a brewery in the Rosedale Valley near today's Sherbourne Street and owned property in early Yorkville. You can visit Joseph Bloore at Necropolis Cemetery at your convenience.

There are plenty of Toronto streets named after people but Rebecca Street at Ossington and Queen isn't quite what it seems. In the early 1840s, the Rebeccaites of southern Wales were staunch opposers of road usage fees responsible for destroying many toll gates in protest. Often men dressed as women, the riot leaders were called "Rebeccas" and the gangs were collectively known as "daughters." The name comes from Genesis 24:60: "Rebekah ... posses the gate of those who hate them."

Rebecca Street in Toronto bypassed an unpopular toll gate at Queen and Ossington that frequently charged workers for accessing the shore as part of their work. A contractor, fed up with the situation, bought the plot of land north of Queen and set up Rebecca Street to avoid the fees. 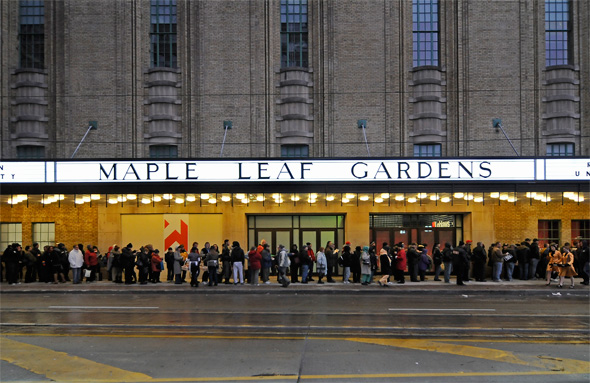 Another case of the mysterious vanishing "e", Carlton was named by Ann Wood, wife of Andrew McGill and John Strachan (of Strachan Avenue), for her brother Guy Carleton Wood. Before realignment, Carlton Street intersected Yonge just south of College. Ann herself lives on in the name of McGill Street. 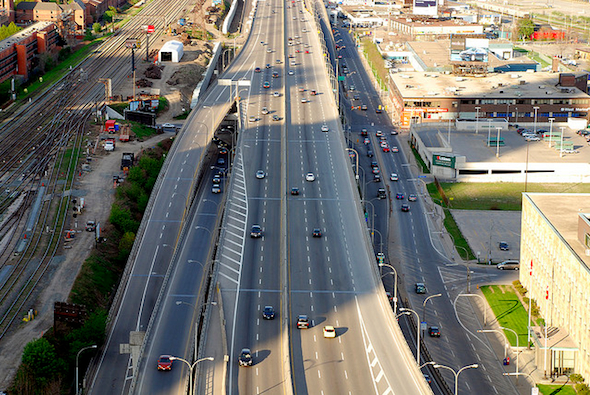 between Logan and Carlaw, Colgate Avenue, formerly known as Natalie Street, was once home to a soap and toiletries factory. The building might be gone but the name of William Colgate's business lives on.Gardiner

Frederick Goldwin Gardiner, chairman of Metro Toronto, was instrumental in the construction of the elevated arterial road that bears his name, the Don Valley Parkway and the controversial Spadina Expressway. Unusually, Toronto's lake-front highway was named while Gardiner was still in office in 1957. Known for his aggressive, "get it done" attitude, Gardiner was a perennial source of great quotes, including: "Smile and the world smiles with you. Tax and you tax alone" and "The only symphony I understand is the one played on a cash register."

Sure he makes great cookies, but Mr. Christie is also a decent namesake too. Scottish biscuit apprentice William Mellis Christie came to Canada and found work at Mathers and Brown bakery. He later took over the company and made it a success under his name. Today the Mr. Christie brand is owned by Nabisco. 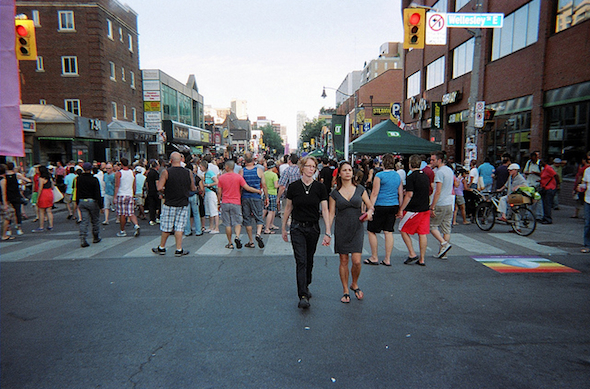 We've done pretty well out of Arthur Wellesley, 1st Duke of Wellington. Hero of the Penninsula War, Battle of Waterloo and nemesis of Napoleon, Wellesley was also prime minister of the United Kingdom before Earl Grey, of hot bergamot infused beverage fame. Both Wellesley and Wellington Streets are named after the duke.

The street running east from the top of Broadview has a distinctly sweet history. Named for Senator Frank Patrick O'Connor, the founder of the Laura Secord candy empire, the company's first store was on Yonge Street and was named for a Canadian heroine of the war of 1812. Secord warned British troops of an impending attack by American forces that led to a key victory in the Battle of Beaver Dams.

We've all had a good snigger at this one - especially Old Cummer GO Station - so I suspect a lot of people will be disappointed to learn the street is named for Jacob Kummer, a German-Pennsylvanian miller who moved to the area in the late 18th century. Sadly, nothing funny or sexual about that. He did have 14 kids though.