In a press release issued earlier today, Waterfront Toronto released some of its plans for the Athletes' Village at the 2015 Pan Am Games, including renderings of what the site is supposed to look like when it's all said and done. To be built on the West Don Lands â the area nestled between the Port Lands, Corktown and the southern terminus of the Don Valley Parkway â the project will provide temporary housing for 10,000 participants in the Games before eventually taking shape as mixed-used community.

Included in the renderings below is a peek at some of the amenities that will become part of what some day might become a neighbourhood. There will be a massive, 82,000 square-foot YMCA (which will be used as a training facility throughout the Games), a George Brown student residence, 787 units of what's termed market housing (5 per cent of which will be reserved for affordable ownership), and 253 units of affordable rental housing.

Another tidbit that doesn't get much play in the presser but makes a prominent appearance in the renderings is the presence of the Canary restaurant with restored signage. Last we heard, only the facade was to be preserved, so this would be a most welcome development for the city's heritage enthusiasts.

The press release also includes lots of information about the funding structure for the Athletes' Village and assurances that it will come in on-time and on-budget. "The fixed-price contract between Dundee Kilmer [the developer] and the Province of Ontario is for $514 million, and will be paid in stages at significant construction milestones, to ensure the project's on-time and on-budget delivery," it reads. "The Province will recover approximately $65 million in development costs from future facility operators, for a total net provincial outlay of approximately $449 million."

That's pretty much all there is to know about what's going on in the West Don Lands right now, but you can be sure that there will be a steady stream of updates over the coming months. In the meantime, let's look at the pictures.

Athletes' Village looking east (not the Canary Restaurant on the right) 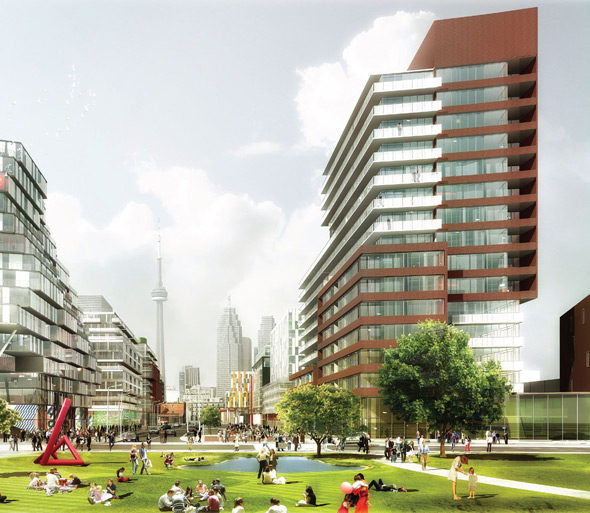 Looking west back toward downtown 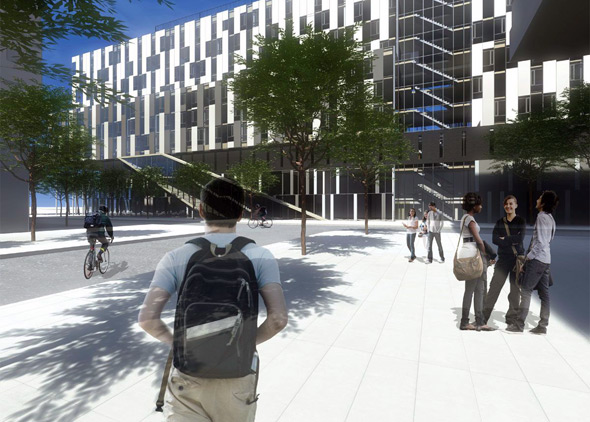 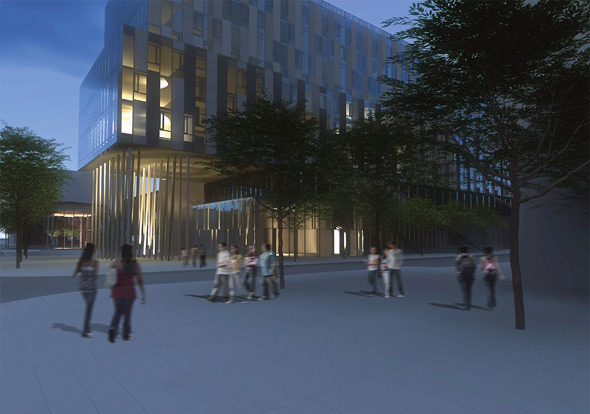 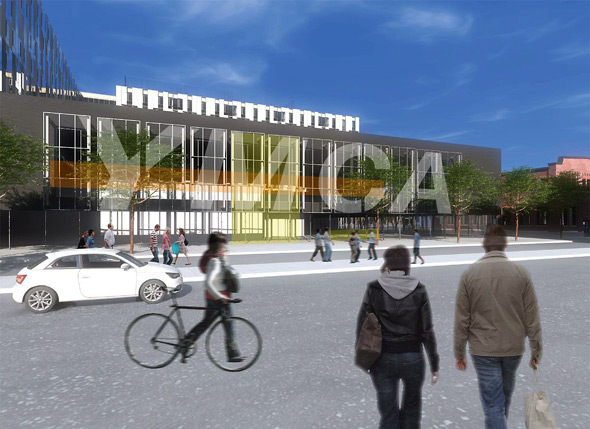 The huge YMCA planned for the area 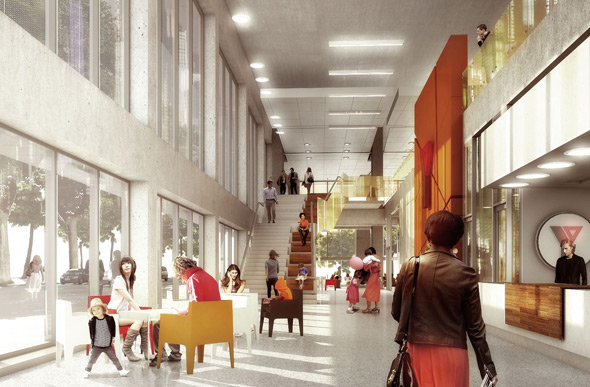 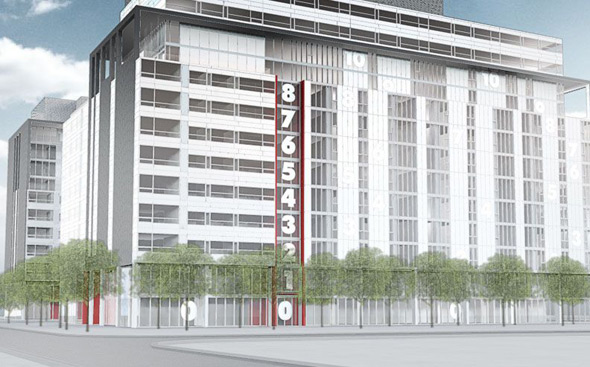 Affordable housing (looking kind of shitty, to be honest)