Toronto is finally getting separated bike lanes, and now we have a pretty good idea of what they're going to look like. Unveiled at an open house yesterday, the plans for separated cycling infrastructure on Sherbourne Street should be realized by fall 2012 â at which time, you know, Jarvis is slated to lose its bike lanes.

For now, let's take a quick look at the main features of the new lanes. Perhaps the most interesting tidbit that was revealed last night is that the infrastructure will take different forms on either side of Gerrard Street. To the north the lanes will be separated by a concrete divider, and to the south they'll run as raised cycle tracks similar to what exists on stretches of Roncesvalles. 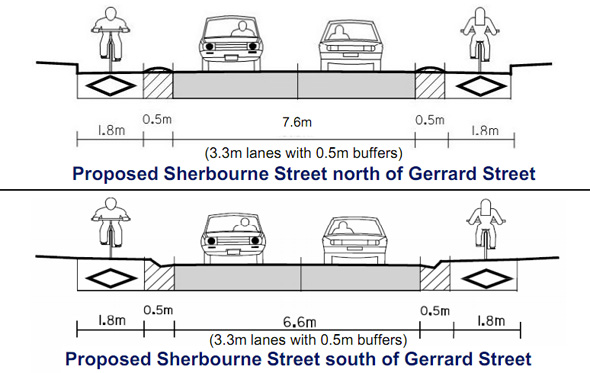 Also noteworthy is that both types of barriers will allow for emergency vehicles access, which might also mean that other vehicles could block the lanes as well. That's not to say that drivers will choose to do so, but that the barrier could metaphorically be described as "soft." The possibility of "interactions" between cyclists and pedestrians at bus stops south of Gerrard is also something that may not please everyone.

Given that there are already bike lanes on Sherbourne, the separated infrastructure will likely have minimal effect of drivers. Although all parking on the street will be eliminated, non rush hour left-hand turns will still be permitted at most major intersections (notable exceptions include King and Shuter streets). To accomodate this, the bike lanes will taper as they approach intersections â there's only so much space to go around, after all.

Here's a look at some of the renderings. What do you think? 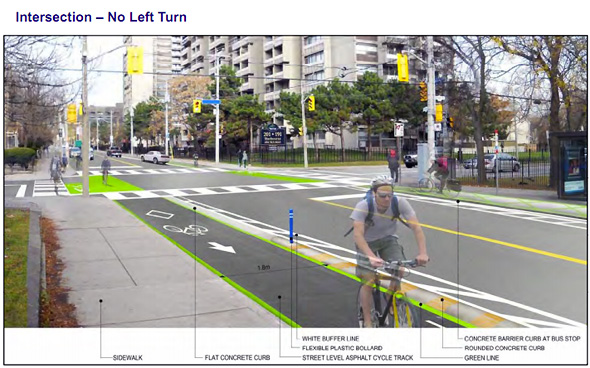 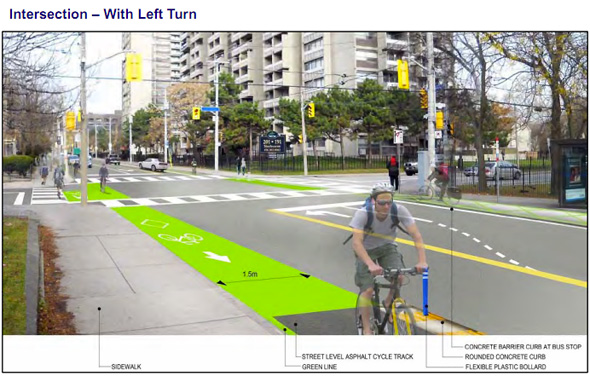 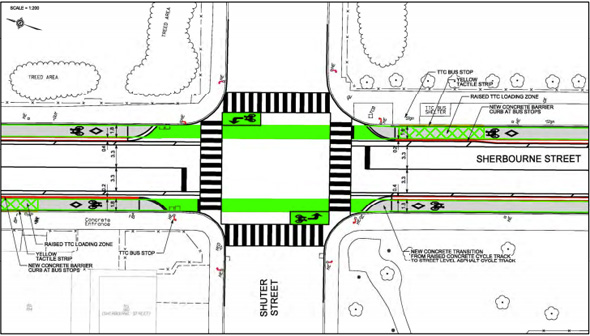 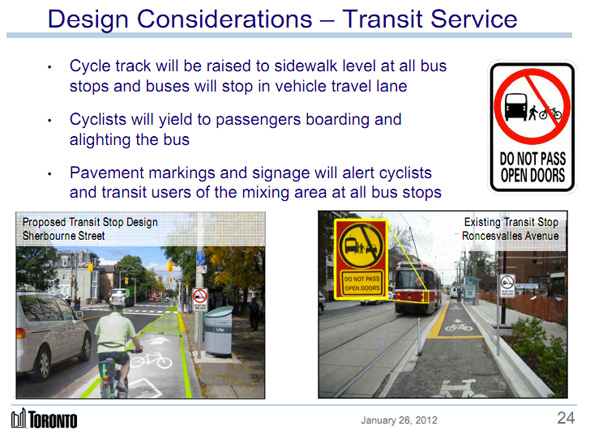 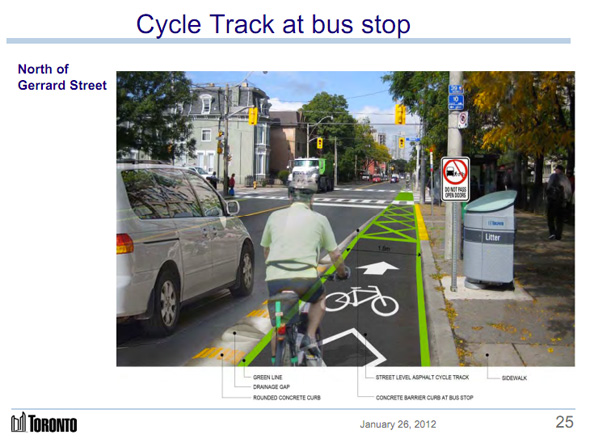