When I first entered St. James Park on October 15th to cover the Occupy Toronto protests, there were over 2000 people in the park. The biggest question I had at the time was how many of them would stay the night. Needless to say, I didn't have to wait long for an answer. A visit the next morning revealed about 75 tents in place at the park. During subsequent visits over the next couple of days, it appeared that the number might have grown ever so slightly, but not in any dramatic capacity.

Fast forward to Day 23 (yesterday), and the number of tents has increased to cover much of the park. Despite the slightly closer angle of the most recent photograph, the growth is still quite remarkable. Say what you will about the protesters' motives, but it's clear that the local branch of the movement has yet to lose momentum. Will these increased numbers make it more difficult to govern the park? Quite possibly. But if the adage that there's power in numbers is true, the occupiers are at least on the right side of the trend. At least until winter sets in. 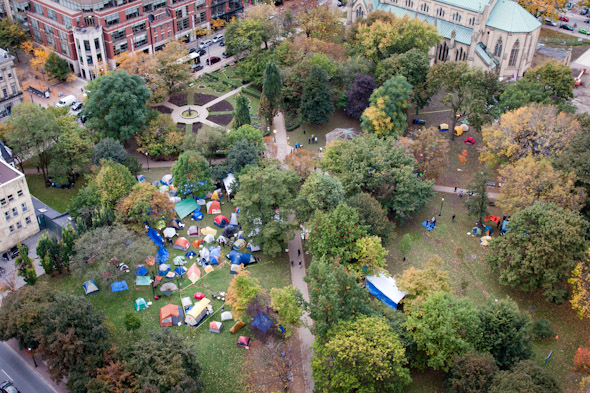 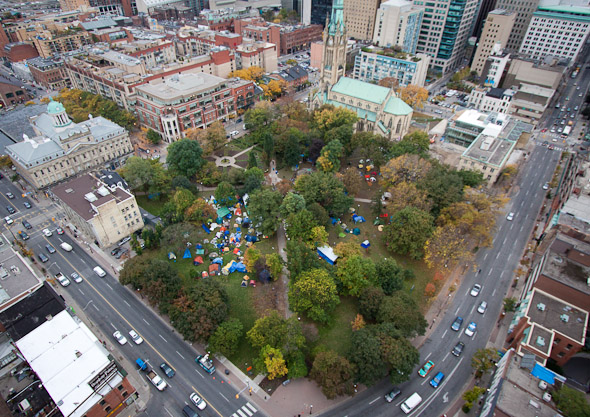